Who we are
EFSI
The EIB in numbers

Immerse yourself in Europe’s innovative climate solutions with EIB 360° 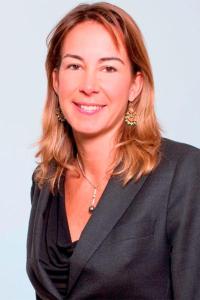 Debora Revoltella is Director of the Economics Department of the European Investment Bank, acting as Chief Economist.

The Economics Department provides impact-driven economic analysis to support EIB operations and global positioning as well as the Group’s policy and strategy definition. The Department comprises some 40 economists. It is in charge of the sovereign and financial sector rating models for the EIB as well as of providing financial sector expertise in EIB projects. It is also responsible for assessing the impact of EIB activities and the results generated by EIB-financed projects.

Since her arrival at the EIB in 2011, Debora Revoltella has designed and led the work for flagship publications such as the EIB Investment Report, a series of policy working papers and other region- specific research.

She launched the idea and led the process for the design and implementation of the EIB Investment Survey, a new survey covering 12 500 European firms which has become a unique asset in terms of understanding investment dynamics in Europe. She was behind the EIB partnering with the European Bank for Reconstruction and Development (EBRD) and the World Bank for the Enterprise Survey for the MENA region in 2015 and for the whole neighbouring region in 2017.

In 2001, she joined UniCredit as the Chief Economist for Central and Eastern Europe. She managed a team of 40 economists in charge of supporting the institution in its regional growth strategy. During these years, the department developed into a leading research centre for the region.