Launched in 2016, ERI is part of the European Union’s response to the challenges in the Southern Neighbourhood and Western Balkans, such as forced displacement and migration, economic downturns, political crises, droughts and flooding.

ERI creates jobs and economic growth in the region by investing in key infrastructure and in private sector development. It also may help migration flows.

ERI offers a package of loans and innovative financial products, while blending funds from the donor community with EIB financing. The initiative is implemented in close cooperation with EU countries, the European Commission and other partners. Bulgaria, Croatia, Italy, Lithuania, Luxembourg, Poland, Slovakia, Slovenia and the United Kingdom were the first EU countries to contribute to ERI.

Under ERI, more than 59 projects have been approved for a total of €5.26 billion in investment. The initiative is expected to provide a total of €15 billion in extra financing. Well over half of that went into private sector development. Lending through partner banks alone is set to benefit over 11,000 smaller businesses and mid-caps, helping to sustain more than 211,000 jobs. Public sector investments currently amount to €1.35 billion

More information about ERI can be found in the Q&A and leaflet.

The EU, working together

The Economic Resilience Initiative forms part of the joined up EU response to the challenges posed by forced displacement and migration, and is implemented in close cooperation with EU member states, the European Commission, donors and other partners.

Bulgaria, Croatia, Italy, Lithuania, Luxembourg, Poland, Slovakia, Slovenia and the United Kingdom have all made vital contributions to the Economic Resilience Initiative.

To make a difference in the partner countries, the EIB is building on over three decades of experience supporting investment projects in the region. Given the urgency and importance for the EU, the EIB has started stepping up its support to the two regions in late 2016 as part of its own commitment to the Economic Resilience Initiative. With the arrival of the first donor contributions towards the end of 2017, the Bank has also started preparations on high-impact projects, which depend on support from donor resources.

More information about EIB’s Economic Resilience Initiative in the Q&A and leaflet.

﻿What is the geographical scope of the Economic Resilience Initiative? 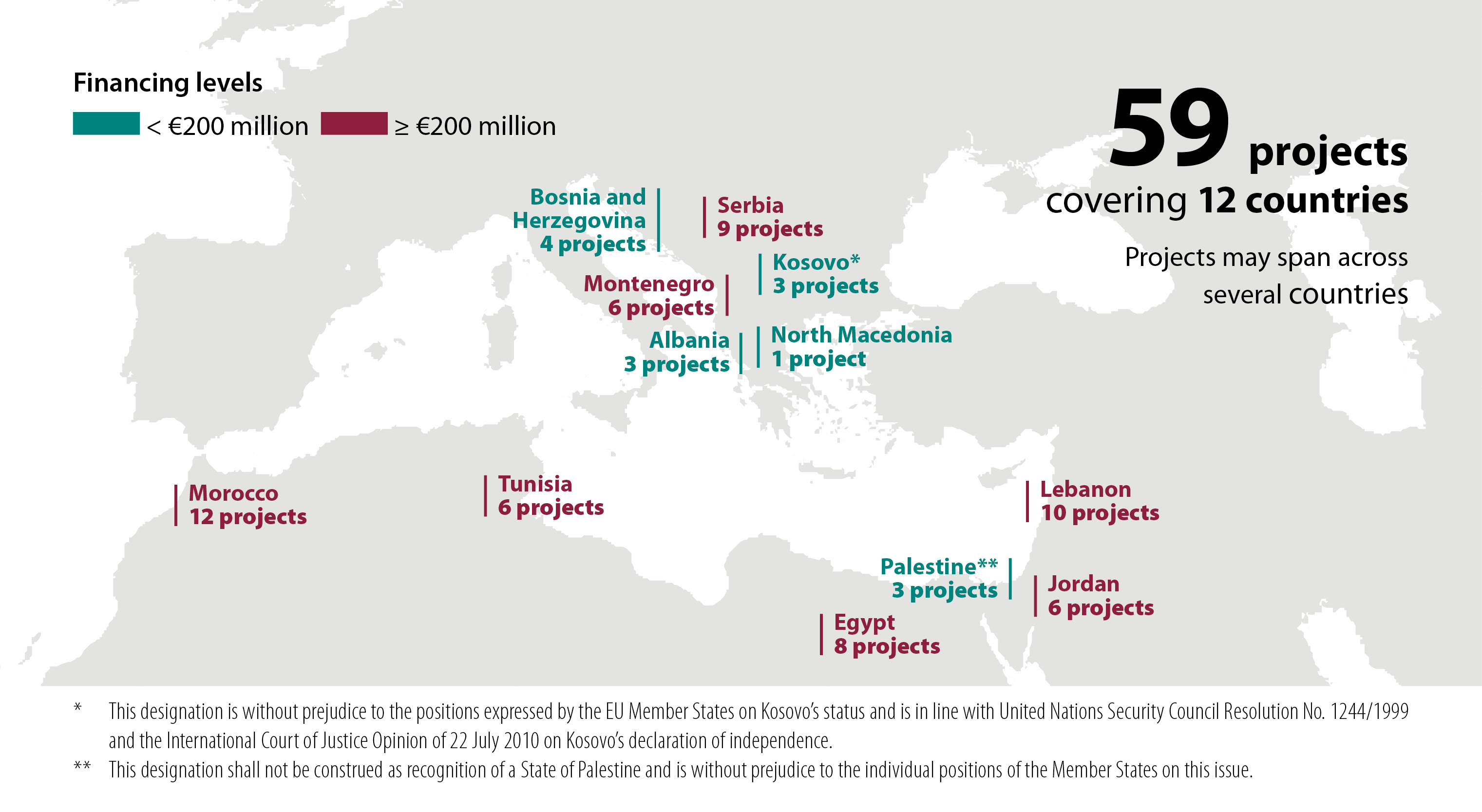 Examples of EIB-supported projects that are already making a difference for the people in the Southern Neighbourhood and Western Balkans: Industrial zones show how EIB’s Economic Resilience Initiative helps countries respond to migration struggles. It is hard to start a business in Lebanon. Land prices are high and it is difficult to find financing. Worse, many industrial areas around the country lack proper access to electricity, communications and transport. For 20 years, the Microfund for Women has provided financing to women across Jordan and helped boost their confidence to engage in business. The first EIB microfinance operation in Jordan, underpinned by EU funding, is helping low-income entrepreneurs with small loans and technical assistance.

Helping create jobs in the Middle East and North Africa

Combining EIB expertise, venture capital and EU grants, Silicon Badia provides expertise and capital to empower young and female entrepreneurs in the Southern and Eastern Mediterranean region. Amina Al Ramadna is one of them. "When you go to a normal bank they ask for approval from your husband. Here, they looked at the business as a whole,” she explains. Syrian refugee children in Lebanon study a Cloud-based version of the Lebanese curriculum on $60-tablets. An online education company financed by the EIB is making it happen. Investments like this help Syrian children, whose lives have been disrupted by war, to catch up with some of the studies they may have missed—and also support innovation and job-creating new companies.


One of Europe’s most beautiful railways recaptures past glory 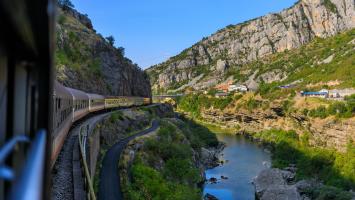 One of Europe’s most beautiful railways recaptures past glory
The Montenegro railway upgrade is the first in 40 years
Shutterstock
[Western Balkans, Montenegro]

Montenegro's railway used to be one of its big accomplishments. It was the largest and most expensive infrastructure project in the former Yugoslav federation. But now it has fallen into decay. With our help, the railway plans a comeback.

On the road in Kosovo* EU-Kosovo investment gets a boost from an EIB loan to a vital motorway. A key to the economic future of Europe’s youngest country, Kosovo*, is the ability to move goods and people around. That’s why a new 30 km motorway in the west of the country is so vital.

After 50 years, a new hospital for Niš 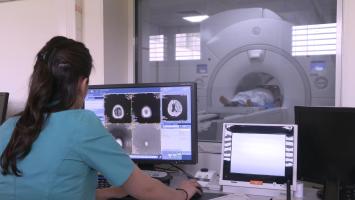 Nis Clinical Centre stalled for a half century, until EIB financing helped build Serbia’s most modern clinical centre. The aim is to improve healthcare across the country and make it more accessible to the majority of the population. Besides Niš, the project also comprises the design, construction, renovation and equipment of clinical centres in Belgrade, Novi Sad and Kragujevac.

Tirana’s old neighbourhood gets a new life
Tirana, Albania - 30 June 2014: Lana River in the center of Tirana. Skyscraper and mountains in the background. Tirana is the capital and most populous city of Albania.
Shutterstock
[Albania]

The EU bank makes its first Albania urban development loan to  the country’s capital with its Economic Resilience Initiative. Besides cleaning up the river, the project will reorganise streets and urban infrastructure near both banks. The financing includes an EUR 8 million EIB loan, EUR 2.4 million from donors and a technical assistance grant worth EUR 500 000.

﻿The Economic Resilience Initiative at a glance

What scale of investment is expected under the initiative?

The Economic Resilience Initiative involves a step change in EIB support for the two regions by increasing its financing by an additional EUR 6 billion over a five year period starting from October 2016 for the Southern Neighbourhood and the Western Balkans during this period. The support is already starting to have an impact on the ground and reinforces economic resilience.

The EIB estimates the EUR 6 billion, together with other sources of public and private sector finance, will deliver EUR 15 billion euros of additional investment in the eligible countries of the Southern Neighbourhood and the Western Balkans by 2020.

What is the focus of investments?

The Economic Resilience Initiative focuses on both the public and the private sectors, to support:

The initiative also allows the EU Bank to provide additional technical assistance and advisory services to support the projects.

Have any investments been approved so far? What impact do you expect?

ERI investment is progressing: To date, 59 projects and EUR 5.26 billion worth of financing have been approved under the initiative. Well over half of that went into private sector development. Lending through partner banks alone is set to benefit over 11,000 smaller businesses and mid-caps, helping to sustain more than 211,000 jobs.

Other projects include urgently-needed investments in water and waste, but also vital transport, energy and healthcare infrastructure. The operations cover Egypt, Jordan, Lebanon, Morocco, Palestine and Tunisia in the Southern Neighbourhood, as well as Albania, Bosnia and Herzegovina, Kosovo*, Montenegro, North Macedonia and Serbia in the Western Balkans.

How will the Economic Resilience Initiative help address the challenges posed by migration and forced displacement?

Over two million refugees are currently hosted in the Southern Neighbourhood, while the Western Balkans have acted as one of the main migratory routes to Europe. The initiative from the EU bank, part of a joined up EU effort, will help to tackle the root causes of migration and contribute to sustainable development by supporting projects with high social and environmental returns. In line with the Bank’s existing activities, investments will strive to generate employment opportunities for young people and women, and support climate action.

In practice, developing economic resilience in host and transit countries means creating jobs and building the infrastructure needed for the local population as well as displaced population. Refugee communities may also benefit, providing them with opportunities to build their self-reliance and live in dignity.

Furthermore, the investments in economic resilience will contribute to improve the preparedness of the regions for future external shocks, and ideally also contribute to enhanced stability in fragile countries.

How does the Economic Resilience Initiative fit into the EU’s efforts to deal with the challenges posed by migration and forced displacement?

The European Union’s External Investment Plan, agreed in mid-2017, is a new approach to the way the EU supports sustainable development and aims to identify, prepare and deliver support for investment projects in Africa and EU Neighbourhood countries.

The Economic Resilience Initiative by the EIB is complementary to the EU External Investment Plan. Ensuring close coordination and complementary with EU initiatives is a key priority. In fact, given the EIB's important role in the EIP, we can ensure the two work hand-in-hand. ERI is part of Europe's joined up response to the migration and refugee crisis, with a focus on tackling the longer-term causes of migration. The EIB will continue to use the blending support offered through the EIP and will be one of the implementing partners for the new EU guarantee offered through the European Fund for Sustainable Development (EFSD).

What will the EIB need to carry out this ambitious plan?

In order to implement the Economic Resilience Initiative to its full extent, the EIB needs:

Contributing to the Economic Resilience Initiative

In order to address the common challenges that the EU neighbourhood is facing and to provide the concessional finance needed to implement the ambitious investments included in the Economic Resilience Initiative project pipeline, the EIB is partnering with the international donor community. Funds are held in a dedicated fund, the Economic Resilience Initiative Fund (ERIF).

By contributing to the ERIF, donors can make a direct impact on the lives of migrants and members of the local population in host and transit countries of the Southern Neighbourhood and Western Balkan regions.

How is fundraising for the ERI Fund advancing?

Bulgaria, Croatia, Italy, Lithuania, Luxembourg, Poland, Slovakia, Slovenia and the UK have become the first EU Member States to pledge contributions, which means that we can now use the ERI Fund resources to accelerate high-impact investments aimed at creating new opportunities and building economic resilience in the regions. They will help to improve people’s daily life and the business environment not only in communities where many migrants come from, but also in host and transit communities. The Economic Resilience Initiative was requested by all 28 member states of the European Union. With these nine countries leading the way, others are expected to follow soon.

This is in addition to the financing already available, including a EUR 90 million contribution from the EIB itself for technical assistance on getting projects off the ground.

"When people can look forward to a dignified and peaceful life in their own countries and are protected from conflicts and natural disasters, they have every incentive to build their future where they really feel at home."
Werner Hoyer, EIB President. At a special conference at the European Parliament in Brussels on 21 June 2017, EIB Vice-President Dario Scannapieco laid out the actions that the EU bank is taking to help manage migration to Europe and to tackle its root causes in Europe’s neighbourhood and beyond. At the CEDRE conference organised in Paris, EIB President Werner Hoyer announced that Lebanon would receive up to EUR 800 million of support to public investments by 2020.

﻿* This designation is without prejudice to positions on status, and is in line with UNSCR 1244 and the ICJ Opinion on the Kosovo declaration of independence. Hereafter referred to as Kosovo.

﻿** The EIB will start operating in Libya once it has signed a Framework Agreement with the country – currently under preparation. Following EU sanctions in November 2011, the EIB suspended all loan disbursements and technical advisory contracts for projects in Syria.

﻿*** This designation shall not be construed as recognition of a State of Palestine and is without prejudice to the individual positions of the Member States on this issue.