The link between climate, development and infrastructure is indelible and engrained in the Sustainable Development Goals. The EIB’s activities foster this holistic approach to development finance.

In March 2016, the EIB signed its biggest-ever loan in India for the construction of a new Metro in Lucknow, the capital of the sub-continent’s most populous state. The Metro will increase use of public transport in Lucknow from 10 to 27%. This infrastructure project will make a vital contribution toward the city’s development and represents an important step in the battle against climate change.

Building sustainable infrastructure also touches on innovation. The EIB last year signed a EUR 20 million loan to build high-speed internet access in Angola, and we are appraising a potential EUR 40 million loan to roll out a mobile telecommunications network in Mali.

The EIB is already delivering on infrastructure, development, climate action and innovation. And with our MDB partners, we can achieve even more.

Investing in clean water and changing lives in West Africa 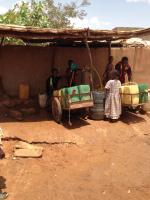 AEP NIAMEY
AEP NIAMEY
AEP
[Niamey, Niger]
Adequate water systems are a basic necessity, but many in West Africa go without access to clean, drinkable water. Niger is one of the poorest countries in the world and suffers from permanent water shortages due to low and unevenly distributed rainfall. A 2014 €60m loan contribution from the EIB, is changing this through the improvement and extension of storage and distribution of water infrastructure. This has ensured 200,000 people around the capital city, Niamay, now have access to clean drinking water. 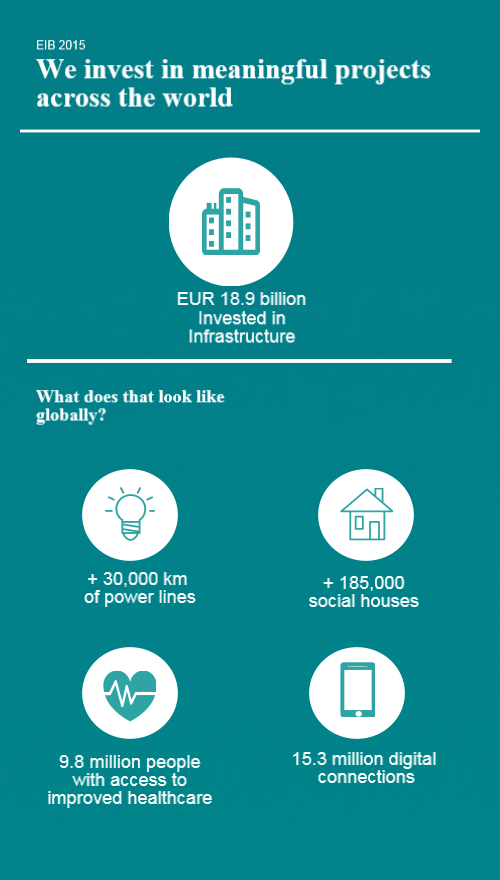 A new instrument is changing the way the EIB operates in some of the world’s most disadvantaged regions. This is the Impact Financing Envelope. One of our first investments was in the innovative East Africa Fund. Hundreds of thousands of smallholder farmers in Kenya can benefit from a mobile application which brings market information to their fingertips. The Fund backed the company that developed this. 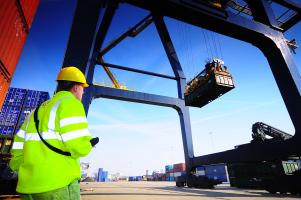 Rotterdam Port Second Maasvlakte-TEN
Construction and expansion of container terminals and creation of chemicals and distribution sites at port of Rotterdam sites in order to meet expected growth
EIB
[Rotterdam, Netherlands]
A vital organ in both the economy of the Netherlands and northwestern Europe, the Port of Rotterdam, was extended through a 2014 EIB loan of €900m. Its expansion was essential and the project included a 2 000 hectare extension of the national territory and the building of an 11 km seawall to border the project eventually predicted to enable a 20% capacity increase for one of the world’s largest ports. This development has created many new jobs for the local community and has benefitted economic activity across north-western Europe.

The ability to travel great distances safely and easily is one in the West we take as a basic ...

Discover how EIB finances urban development outside the EU, including projects like the Quito ...

EIB President Werner Hoyer has extended his congratulations to the US Secretary of State John ...

Sub-Saharan Africa, the Caribbean and Pacific are not short of creativity and entrepreneurial ...

The EIB is the EU bank. But it finances urban development outside the EU too, including projects like the Quito Metro. Follow the map of the Metro in Ecuador’s capital to learn about projects the EIB took from the earliest stages right through to implementation.

Infrastructure and development for climate action

Every day I ask myself the question, are we helping build a better world? Every day my work at the ...

Georgia investment: Flood relief and highways for a new partner 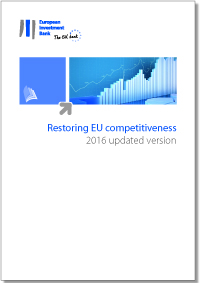 This report identifies key strategic priorities to strengthen Europe’s competitiveness, and provides estimates of the size of investment gaps across sectors in the EU.