The Bank’s activities in the region aim at supporting the goals set up by the EU’s European Neighbourhood Policy. This is done by financing projects that promote prosperity and increased regional integration, which contributes to the stability of these regions and helps forging stronger intraregional partnerships.

The Bank's activities in the region promote growth and employment, intraregional trade, and help to protect our common environment and to mitigate climate change by supporting low carbon and climate resilient growth. Following the mid-term review of the External Lending Mandate (which governs the EIB activity outside the EU), the €4.8 billion mandate for 2014-2020 has been increased to €6.65 billion. It covers Armenia, Azerbaijan, Belarus, Georgia, Moldova, Russia and Ukraine.

By the end of 2019, EIB lending in the Eastern Partnership had reached over €11.8 billion, financing more than 90 investment projects and providing credit lines to support SMEs in the region.

How do we help?

In 2014 the EIB also set up a Neighbourhood Finance Facility (NFF), a €3bn facility under which financing will be extended at the EIB's own risk (i.e. without EU guarantee) in Eastern Europe and Southern Caucasus region.

The facility enables the Bank to support EU Foreign Direct Investments (FDI) as well as infrastructure projects such as transport, telecommunications and energy in the region.

Would you like to know more about EIB impact in each country?

EFG Eurobank Loan for SMEs I
Financing of small and medium-scale projects carried out by SMEs in Greece
[Greece]
The wine industry accounts for about 30% of the Republic of Moldova’s exports and employs 15% of the economically active population. However, efficiency shortcomings affecting the small and medium-sized companies that dominate the sector had led to structural weaknesses. A €75m EIB loan to the Moldovan wine sector was made possible thanks to a €2m grant from the Neighbourhood Investment Facility (NIF) Trust Fund, which provided critical technical assistance. The project addresses structural and commercial gaps in the industry while maximising quality production, expanding revenue bases and supporting rural employment.

Since the first EIB loan signed in 2003, the EIB has invested €9.9 million in the region.

The path to road safety in Ukraine and its neighbours 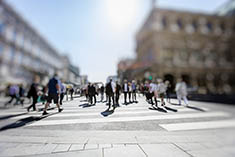 Launched in 2016, ERI is part of the European Union’s response to the challenges in the ... 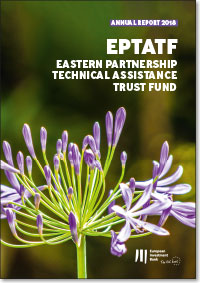 The 2018 Eastern Partnership Technical Assistance Trust Fund (EPTATF) Annual Report provides a summary of technical support funding provided to Armenia, Azerbaijan, Belarus, Georgia, Moldova and Ukraine for development projects from the EIB and other investors within both the private and public sectors.

Applying for a loan

Saving energy is essential for our future. With this in mind, the European Investment Bank (EIB) is helping Eastern Partnership countries become more energy efficient, ensuring that their energy consumption is more sustainable and thus reducing greenhouse gas emissions.

Representation to the Russian Federation

The EIB has its Ukraine office in Kiev.

Regional Representation for the South Caucasus

Projects to be Financed - Eastern Europe, Southern Caucasus and Russia