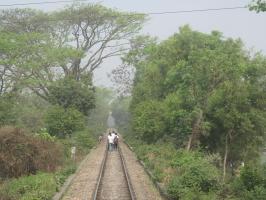 The ability to travel great distances safely and easily is one in the West we take as a basic right. For many in the developing world, just travelling to the next town or village is arduous, fraught with danger and at great expense to the environment.

In response to this it is vital for MDBs across the globe to work together to help improve traffic infrastructure where it remains underdeveloped. 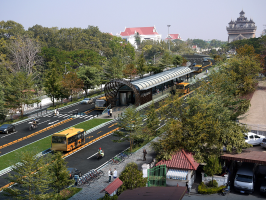 Vientiane Sustainable Urban Transport
Construction of a Bus Rapid Transit in Vientiane, the capital of Laos, along with the introduction of bus lanes, the acquisition of buses and facilities for parking management, traffic management and pedestrians
Asian Development Bank
[Vientiane, Laos]

‘By developing an integrated and sustainable urban transport project together with the Asian Development Bank, we are able to make a real impact on the quality of life of people, particularly those who are poor and vulnerable. This project will allow the citizens of Vientiane to benefit from affordable environmentally-friendly transport services, greater road safety and lower health risks.’ Meryn Martens EIB’s Senior Transport Specialist

Vientiane, the capital of Lao People’s Democratic Republic, has been hit hard by urban development. Growth in the city’s population has taken speed, as has the number of cars on the crowded city roads. Between 2005 and 2012 the rates of car ownership almost tripled, leaving the city more and more congested, road accidents the norm and pollution high. The need to move from private transport to public has therefore become essential to improve not only the quality of life and increase mobility but also to work towards climate action.

The EIB is working to change this through collaboration with the Asian Development Bank (ADB) to finance a Bus Rapid Transit system. This will see the construction of 11.5km dedicated bus-ways, 21 enclosed stations and 96 new buses to improve traffic flow and safety across the capital. Alongside this a parking and traffic management system will be put in place to improve accessibility for pedestrians and other non-motorised traffic. Every step of the way dedicated experts from both the ADB and the EIB, as well as external consultants funded by a grant from the European Union (EU)’s Asian Investment Facility, will be providing technical assistance to the Ministry of Public Works and Transport (MPWT) to ensure the project is successfully and sustainably implemented.

Quality of life is set to improve dramatically in Vientiane due to the project. Movement around the city will become easier ensuring not only a drop in commuting time by 1.5m hours per year but also better access to vital services. Resident’s health in the developing region will also be improved through less air pollution and risk of motor accidents. 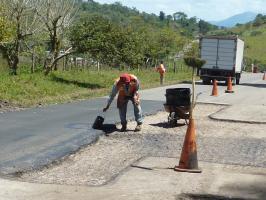 Across the globe, trade links are essential for economic development and integration, connecting people and goods across borders.

The people living and working in one of the poorest and most deprived regions of Honduras, the Departments of Cortés and Copán, know this too well. The Corredor de Occidente, which connects San Pedro Sula the industrial capital city of the country with Guatemala and El Salavador, is one that provides essential regional integration and cross border trade.

The growing numbers travelling along the route do so at high risk, due to large pot holes, major landslides, gravel sections and little signage. This is set to change. Vital aid is being provided by the EIB, to help rehabilitate 116km of the corridor ensuring it is brought in line with European Road Safety Standards and is a truly safe route for commuters to use. This is being achieved through a partnership with EU’s Latin America Investment Facility and the Central American Bank for Economic Integration (CABEI) and will bring real difference to the lives of travellers. Travel times will be reduced by 2.5 million hours per year and the number of road fatalities will decrease allowing for increased development in the region.

The need to improve trade links also within countries is none more apparent than in Bangladesh for the 40,000 people that commute every day on the 203km long rail corridor linking Dhaka, the capital, with Chittagong. The corridor is the busiest rail line across the country and is a vital route but as demand grows, the capacity for the route to cope with its single track diminishes. The EIB, working closely once again with the ADB, is reaching out to change this with a EUR 132 million loan to help upgrade 70km of the corridor constructing a second track and new signalling system and increasing over-head capacity. This will not only allow for an additional 2.7 million passengers and 1 million tonnes of freight to be carried per year but will also enhance trade links and regional integration with neighbouring Indian states and Bhutan making a real economic difference.