EIB President Werner Hoyer has extended his congratulations to the US Secretary of State John Kerry and his team for the Global Connect Initiative. Alongside our partners in the Development Bank community, we at the European Investment Bank have offered our financing support, our experience and our expertise to support the effort to connect an additional 1.5 billion people to the internet by 2020.

Of the 7 billion people living on our planet, 4 billion own mobile phones. Only 3.5 billion own toothbrushes. In many developing countries, mobile phone owners outnumber people with access to clean water or electricity.

The human need to connect has propelled technological progress in ways we could not have imagined a mere 20 years ago. And with good reason.

The World Bank Digital Dividends report released in January 2016 presents unequivocal evidence for internet connectivity as a source of economic growth across the developing world. Connectivity is more than a Facebook status update, the latest YouTube video or an Instagram selfie. Internet connectivity is as fundamental to economic development and prosperity as roads, rail, ports and other traditional infrastructure, yet the UN estimates that in the world’s poorest nations 90% of the population remains excluded from the digital revolution.

The good news is that the divide in access to broadband internet can be bridged. In late 2015 the US State Department launched the Global Connect Initiative. The guiding principle is simple yet ambitious: a 50% increase in internet users by 2020. That translates as an extra 1.5 billion people online within the next 5 years.

A pioneer in ICT financing 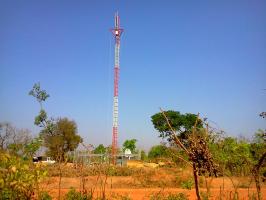 The EIB is by far the leading international financial institution in terms of ICT financing. Equipped with over 20 years of experience in the sector, the EU bank currently manages a global ICT investment portfolio of EUR 15 billion. New commitment to ICT projects in 2015 reached 1.6 billion euros, which were part of EIB’s 18.7 billion euros financing envelope for innovation and knowledge economy investments in that year. These digital projects signed in 2015 by the EIB are expected to connect:

In the context of the Global Connect Initiative to which the EIB is giving its full backing, this is no small contribution! 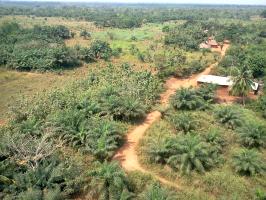 In 2015 we provided a EUR 8 million loan that will bring high-speed broadband to households and businesses in the Caribbean island of Saint Maarten. In West Africa, we’re appraising a EUR 25 million loan to extend mobile networks in Cameroon and the Democratic Republic of Congo. The loan would fund an alternative infrastructure company which intends to cover 2.3 million people in rural areas who currently lack access and where established operators won’t provide service.

Of course, the number of people connected does not tell the whole story of the internet’s contribution to development. The world of Apps holds the key to a wealth of economic and social rewards. This innovative operator that received the loan estimates that 400,000 subscribers to the new service would use mobile banking, which of course brings important business opportunities, and 220,000 would access health services through the system.

Similarly, hundreds of thousands of smallholder farmers in Kenya will benefit from a mobile application which brings market information to their fingertips. The project is financed by the innovative East Africa Fund in which the EIB is investing, enabling entrepreneurs with ideas that will benefit some of the world’s poorest people to access to the all-important funds needed to make their business a reality. 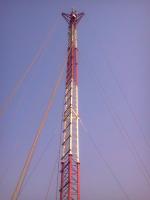 And the EIB’s contribution to global connectivity is set to speed up yet further with an expanded range of risk based financial products, alongside world-class advisory support to increase the investment readiness of public-private initiatives. The focus will be firmly set on rural areas and high development impact within and outside the EU.

All of this can only be achieved by building on partnerships, new and existing, to develop innovative solutions to mobilise the huge investments which will be required. The EIB is currently finalising a ground-breaking new facility called the Broadband Investment Fund which will bring together public and private funds across Europe to put EUR 500 million into small broadband investments, mostly in infrastructure for rural areas. The innovative equity fund is backed by a European Commission guarantee under the Investment Plan for Europe. And with the EIB’s experience as a crowding in bank, we are hopeful that the attractive financial structure will attract private investors, laying the foundations for a financing model that could deliver successful digital operations in developing countries in the future.

The European Fund for Strategic Investments

Years of crisis have posed a threat to Europe’s potential for innovative growth and dulled ...