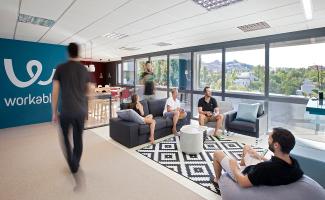 Nikos Moraitakis had a great idea. The young Greek entrepreneur wanted to develop and sell software to help growing firms post job ads, process applications and schedule interviews. Big corporations already had that kind of software, but it was too expensive for small, developing businesses. Moraitakis figured he could put together similar software for as little as EUR 17.

Trouble was, stung by the economic crisis, Greek investors were hesitant to invest in start-ups. Fortunately for Moraitakis and his company Workable, the European Investment Fund supports small and mid-sized European companies with direct equity investments or by financing equity funds. Through a Greek venture capital fund that partnered with the EIF, Workable received an initial lifeline.

Three years on, Workable employs 48 people and expects to hire another 100 next year. “The EIF makes financing available for a start-up to graduate to the level where other funds will get involved,” says Moraitakis.

The EIB Group, which includes the European Investment Bank and the European Investment Fund, has a portfolio of equity funds of over EUR 11 billion. Most of those investments benefit companies or projects which might otherwise find it difficult to raise equity capital. The EIB and EIF support them and, in turn, their involvement promotes private investors to back these companies.

“We’re absolutely the largest fund of funds in Europe operating in the small and mid-sized entreprise equity space,” says John Holloway, the EIF’s director of equity investments. “Our main job in life is to get as much money to small and mid-sized companies as we can. Our impact there is truly formidable.”

The EIB does most of its business as loans for big infrastructure or industrial projects. But alongside the EIF, the bank is turning increasingly to equity investments to provide impetus to smaller industries or niche markets like climate action and developing countries.

The highlights of the EIB Group equity portfolio are:

The key to small projects

Investing in equity is considered riskier than providing debt. A project typically is funded with debt and equity. However it is the debtholders who’ll be paid first should things go wrong. The equity owner is the first one to lose money and can potentially be left with nothing.

“Equity investment makes up a very small part of EIB’s balance sheet,” says Barbara Boos, who works on the EU bank’s equity fund investments. “But equity is a scarce resource in today’s markets, and it’s fundamental to getting a project done.”

That has certainly been the experience of the European Investment Fund, which has built a massive equity track record with the small and mid-sized European companies that employ 65 percent of the continent’s workers. The EIF’s portfolio of assets at the end of 2014 stood at EUR 8.8 billion. Because an EIF investment into a fund is seen by private investors as proof of a sound concept, it calculates that EUR 45.6 billion has been invested by others piggy-backing on its equity contributions. The EIF expects the figure to be much higher by the end of the year.

The EIF signed 60 equity deals by the end of October this year, with a value of EUR 1.6 billion. The volume of investment by others that’s catalysed by those deals stands at EUR 7.7 billion.

Much ventured, and gained

Much of that investment is channelled through partners like Open Fund, the Greek investor that connected the EIF with Workable in Athens. By investing in local funds, the EIF can reach a very broad range of small companies.

“The EIF provided us with what it took to level up our game,” says George Tziralis, an Open Fund partner. “Without the EIF, we wouldn’t have nearly the impact that we have.”

In 2014, the EIF’s participation catalysed 66 percent of total European venture capital investment. Many new household names received equity investments during their start-up phase from funds in which the EIF was a major investor, including:

“We are the cornerstone investor in the European venture capital and private equity industry,” says Jean-Philippe Burcklen, EIF deputy director of equity investments.

Getting in early outside the EU

Investing through funds, rather than taking a direct stake, is also how the EIB makes its equity investments in developing countries. Its EUR 860 million portfolio is divvied up between 70 different funds. The impact of EIB expertise is spread around those funds, and ultimately seeps down to the many different companies in which the funds invest. For that reason it’s important that the EIB strives to be the first investor in a fund, which helps set the fund’s agenda.

“We get involved early,” says Jesper Persson, who runs the EIB Equity unit focused on small and mid-sized company funds. “Because we are there, other investors see it as a seal of approval and it encourages further investment.”

Persson’s unit will do deals this year representing total commitments in excess of EUR 100 million. But that amount ends up leveraged considerably. The EIB invests in the fund; the fund invests in a company; and with that equity behind it, the company can raise debt financing. Ultimately the EIB investment brings the company five times as much in total financing.

Cleaning up the land 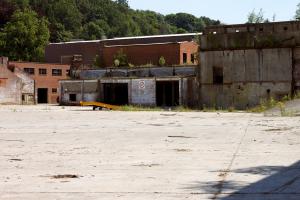 Go to your bank and tell the loan officer this: “I found a derelict nineteenth century paper mill in Belgium. The ground is heavily contaminated with poisonous hydrocarbons like tar and gasoline, toxic heavy metals and chlorinated cleaning solvents dumped over the decades. Will you lend me EUR 5 million to build apartments there?”

The bank may tell you you’re crazy. They’ll almost certainly tell you, “No.”

Which is how Bruno Farber came to the EIB. Not for a loan, as most of the bank’s clients do, but for an equity investment in his fund. Farber recognised a need to decontaminate some of the 3.5 million abandoned industrial sites across Europe to counter the way urban sprawl is eating up land. He also saw a market for the decontaminated property.

With a EUR 15.6 million investment from the EIB, Farber was able to convince other investors to contribute. By 2010 he had EUR 80.8 million in his Ginkgo Fund. After the long process of decontamination, he’s now pre-selling 300 homes to be built on the site of the paper mill in Mont-Saint-Guibert, 25 kilometres southeast of Brussels. In total Ginkgo will build 3000 homes on decontaminated land in Belgium and France in the next couple of years.

The EIB’s Climate Change & Environment division, which made the Ginkgo investment, started working on equity fund investments in 2005. Its goals were to:

Since then, the EIB invested in almost 40 funds, many of which were run by first-time investment managers. About two-thirds of those funds wouldn’t have been able to generate enough investment to operate, without the EIB’s initial investment and reassuring presence. “We look for new concepts to implement EU policy,” says James Ranaivoson, managerial adviser in the EIB Climate Change & Environment division.

Those funds, which otherwise might well have floundered, have financed more than 400 projects in Europe and around the world in a range of sectors. An independent report on the funds by the EIB Inspectorate-General’s Evaluation division found that the equity investments:

Equity and the Commission’s plan

Equity is a useful plank in one of the EIB’s current challenges—implementing the Investment Plan for Europe, the EU’s project to mobilise EUR 315 billion in investment over three years.

The 46 deals signed by the EIF by the end of September under the new plan included 26 equity transactions. The total funding for those deals is EUR 1.9 billion, which the EIF calculates will spur EUR 15 billion of total investment.

One of the first EIB deals approved by the European Commission under this plan was a EUR 75 million investment in the EUR 2 billion Copenhagen Infrastructure II Fund, which will finance big energy projects, including offshore wind farms.

The new investment plan allowed the EIB to take a larger position in the fund than typically it would. In turn, the EIB’s presence brought investments from institutional investors who might otherwise have shunned the new technologies the fund finances. The result will be 4,000 construction jobs and 1,000 jobs operating the finished projects.

One significant change came in May when the bank’s board agreed to allow co-financing deals, in which the EIB would take equity positions alongside funds, rather than simply investing in the funds. Next month the Climate Change & Environment division expects to invest into a Swedish wind farm project, alongside one of its renewable energy fund partners Mirova Eurofideme 3. The wind farm will provide clean energy to 2600 Swedish homes.

The same month will see a new chapter for Bruno Farber’s Ginkgo Adviser. With all the capital from the Ginkgo Fund committed to ongoing decontamination projects, Farber aims to raise EUR 120 million for Ginkgo II. Though his new fund will continue Ginkgo’s focus on France and Belgium, Farber is also seeking industrial sites in Britain, Spain, and Italy for decontamination.

But he’s looking in the same place for equity investors. The EIB expects to sign a deal in December to contribute EUR 30 million to Ginkgo II.