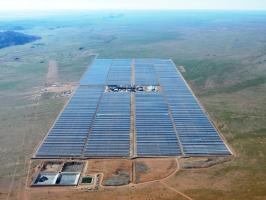 On March 2nd, South Africa saw the inauguration of its first concentrated solar plant in the small town of Pofadder in the Northern Cape Province. Backed by a EUR 210 million EIB loan, the 100 MW plant will light up 80,000 households, with the additional benefit of reducing South Africa’s carbon emissions by 300,000 tonnes every year.

Given the overwhelmingly deprived setting in which Pofadder is situated, its founders scarcely imagined it one day drawing global attention. Yet, on Monday 2 March, South Africa’s Minister of Economic Development, Mr. Ebrahim Patel, as well as representatives from the Ka-Xu Solar One project inaugurated South Africa’s first Concentrated Solar Power plant in this sparsely populated town.

With 360,000 parabolic trough mirrors and 2.5 hours storage capacity, this plant is the largest in the Southern hemisphere. And it could not have come at a better moment as South Africa’s power utility Eskom is currently struggling to cope with increasing demand. Moreover, Eskom’s predominantly coal-fired fleet of power stations are facing a significant maintenance backlog, thus exposing the country to long periods of power cuts. The new Concentrated Solar Power Plant will ease pressure on the utility and light up 80,000 households, with the additional benefit of reducing South Africa’s carbon emissions by 300,000 tonnes a year. Through this EUR 558 million project, the developer – Abengoa - has assisted in transferring European technology into Africa and created close to 1,000 jobs during the construction phase of the plant alone.

The EIB has played a complementary role to the domestic capital markets, refinancing domestic commercial and development banks, namely via the participation of First Rand Bank and the Development Bank of Southern Africa. The EIB’s involvement in the project extended to a total of up to EUR 210 million.

The renewable energy projects in the Province have left an indelible mark on the social structures of the once sleepy towns of the Nothern Cape. A number of hospitals and schools are rising up from the ground in Upington and Pofadder and a new university has been established in the town of Kimberley. Development finance will remain a key ingredient to the country’s agenda for the transformation of the energy sector, assisting to diversify the energy mix away from coal-fired stations. 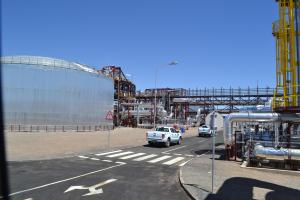 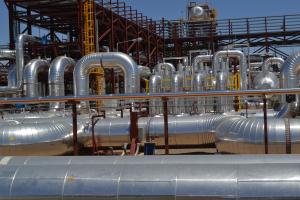 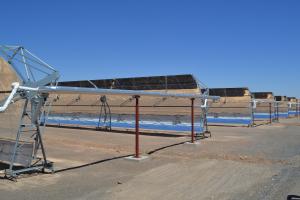