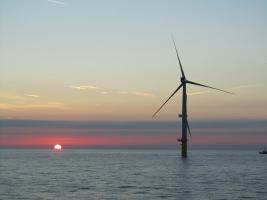 The EIB is supporting the world’s largest offshore windfarm by helping to fund the offshore transmission link. The Walney windfarm will provide power to 320,000 homes.

The windswept Walney beachfront was the appropriate location for the launch of the world’s largest offshore windfarm. Typical Febuary weather prevented a view of the 102 150m high turbines forming the Walney Offshore Windfarms, but the European Investment Bank’s significant contribution to the project in providing long-term funding for 50% of the cost of the 44km cable was also out of sight, buried beneath the seabed.

The wintery opening of the Walney project was perhaps due to the projects record breaking achievements, not only as the world’s biggest wind farm, but also having been built in the fastest time ever. The EIB also recognises the importance the third acclaimed feat of being the first such project backed by institutional investors.

The European Investment Bank’s direct support and approval of key European renewable energy projects such as Walney has directly encouraged other investors to contribute to the significant costs of providing new renewable energy infrastructure over coming years. The EIB’s role in approving projects demonstrates both their bankability and long-term viability that helps ensure key investment in transmission can progress.

Milestone of industrialisation of offshore wind

Both the new UK Secretary of State Ed for Energy and Climate Change, Ed Davey, and CEO of DONG Energy Anders Eldrup highlighted Walney’s contribution to demonstrating the expected greater efficiencies to be gained by industrialising offshore wind power and cutting the cost of renewable energy generated by offshore wind.

Nearly 6,000 people have worked on the construction of the Walney 1 and 2 windfarms and a new GBP2 million maintenance facility employing 60 people in Barrow in Furness, with 2 support vessels, will provide ongoing support to the turnbines. 108 different ships including the specialised heavy lift vessel Svanen, tugs and barges helps make the project possible.

Over the last decade the EIB has provided long-term funding worth GBP 5.1 billion for UK renewable energy projects and related transmission. 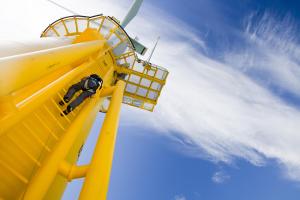