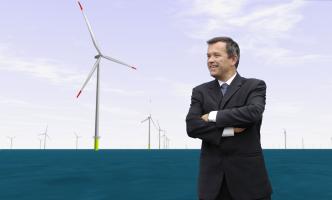 The EIB has granted EUR 300 million to finance the Belwind offshore wind project situated at the Bligh Bank in the North Sea, 46 km off the coast of Belgium; Belwind will be the largest Belgian offshore wind farm, aiming to contribute to achieve the Belgian government's target of 6% share of electricity generated from renewable energy sources. The construction of the wind farm is well on its track and is expected to be completed by early 2011. Though not fully operational, the project has already made a stir in the press; it has namely won the award for ‘Best Power Deal of the Year'. Frank Coenen, CEO of Belwind, reveals the latest developments of the project.

How many of the planned 55 turbines are now up and running?

First, I would like to point out that the most critical part of the job has been carried out smoothly; indeed the 56 steel monopiles and 56 transition pieces have been installed at a water depth of up to 30 m. Each pile has a length of more than 70 meters and a diameter of 5 m, weighing some 500 t. The highest point of a turbine will be 160 m above sea level, which is marginally higher than the second visitors' platform of the Eiffel tower.   As far as turbines are concerned, 26 are now up and will be energised in October. Between now and September, we will have installed the rest of the turbines. Infield cables that will link each turbine to the offshore high voltage station are also all installed. The works of the offshore high voltage station are almost finished; the latter stands on the 56th steel monopile and a cable will leave from that station to the Zeebruges transmission grid.

What is the output of a single turbine and of the whole wind farm?

Once this site is operating at full capacity, how many homes will it be able to cover the annual needs of?

The wind farm could supply electricity to around 175,000 homes.

And who will be the main beneficiaries of the electricity produced?

The electricity will be transported by Belwind to the ELIA transmission grid inland.  It will be sold by Electrabel to the end-user which can be schools, hospitals, families, industry, authorities...

For how many years has the offshore concession been granted to you?

The offshore concession has been granted to us for 20 years with an extension of 10 years possible.

Is a second phase envisaged and if so when?

Yes, Belwind has a concession and permits for a second phase, for an additional amount of 165 MW. Engineering of this second phase will start in 2010, construction is scheduled in 2011.

How many jobs has this project given rise to at the engineering, manufacturing, installation and maintenance stages?

The Bank has provided EUR 300 million for the first financing phase. Could you have mounted such a project without the assistance of an institution like ours?

The EIB has indeed played a major role in very difficult times. It would have been nearly impossible for Belwind to find enough financing from the commercial banks for this healthy project at that moment. The financial crisis paralysed investments, the initial sponsor of Belwind went bankrupt. In addition, the EIB has played a major role in giving this new industry a chance.  Financing Belwind was a sign the whole Renewable Energy market was waiting for. Also now and in the future, there is a guiding role for the EIB.  Its gained experience will help to improve the quality of projects, teams and technologies.

What is the overall amount of the entire project?

To date, the 165MW project is the largest offshore wind farm project containing construction risk and the first offshore wind deal to close amid the project finance market freeze. For the EIB, it was also the first time it took offshore wind risk. Altogether the EIB provided nearly 50% of the liquidity, EUR 150m on project risk and EUR 150m guaranteed by the Danish Export Credit Agency for the expected total project cost of EUR 614 m €, including financing cost.

In Denmark, which has led the way on wind farms, 20% of electricity consumption is covered by wind energy. What is the current situation in Belgium?  What percentage is expected to be reached once Belwind is fully up and running?

Presently, the electricity consumption covered by wind energy in Belgium is of 5 %.  Belwind will ad 1 % to that.

Over how many years is the capital cost of such a wind farm expected to be written off?

Between ten and fifteen years. 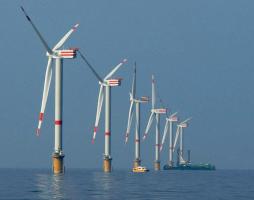 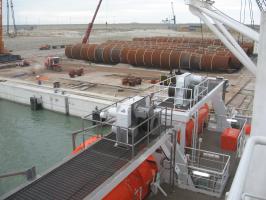 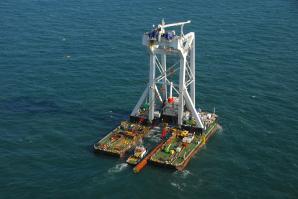 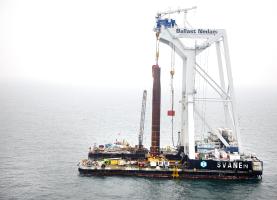 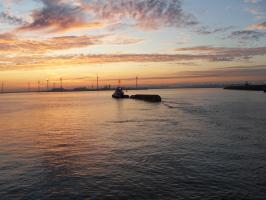