A cultural transformation in Plzeň

A cultural transformation in Plzeň 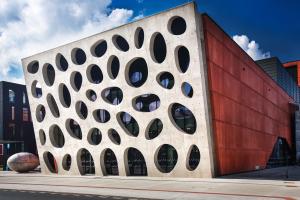 Plzeň or Pilsen, the fourth most populous city in the Czech Republic, located just an hour away from Prague, will host over 600 cultural events as one of the 2015 European Capitals of Culture. With support from the EIB, this former industrial city has been transformed into a buzzing cultural hub showcasing a variety of artistic genres - from theatre and music, to circus performances, exhibitions and art installations, as well as community and educational programmes.

With its lively cultural scene, the city shows that it has more to offer than just its famous beer. Being designated for the 30th edition of the European Capitals of Culture initiative, alongside Mons (Belgium), is a milestone in the evolution of Plzeň. The year-long event has the power to change the role of culture in the city and create significant cultural, social and economic benefits. Accelerated urban regeneration alongside a strengthened city image can help to make Plzeň a better place to live, build its competitiveness and make it more attractive for domestic and foreign visitors.

In the run-up to the city’s year in the cultural spotlight, the EIB proved to be a major supporter of the revamp of Plzeň’s urban landscape. In fact, we had already assumed an important role in the city’s urban modernisation well in advance of the official event. A first EIB loan in 2003 supported water infrastructure, revitalising water and wastewater facilities, while a second loan signed in 2008 contributed to improvements in municipal infrastructure. ‘Thanks to the EIB loan we have been able to finance the planned investment projects to prepare for the European Capital of Culture event,’ says Hana Kuglerová, head of finance of the City of Pilsen.

Construction of the New Theatre

Perhaps the most noteworthy of the projects financed under the 2008 loan has been the construction of a brand new theatre in Plzeň. Yet even new beginnings are steeped in history in this European City of Culture. The city opted to build The New Theatre on the site of a former city cinema; not to replace but to complement the existing and much-cherished J.K. Tyl theatre.

‘The New Theatre is the first theatre built in Czech Republic in more than 20 years and is undoubtedly the city’s biggest cultural infrastructure investment for the European Capital of Culture 2015 project,’ states Kuglerová. The theatre building on Jízdecká Street was under construction for two years. The end product is a modern architectural work-of-art which remains sympathetic to its surroundings and history, offering two stages seating 500 people, plus a black box and a small studio which can host a wide array of contemporary performances.

Now home to two theatres, Plzeň is making the most of the expanded capacity not only to host more performances but also to showcase a diversified cultural offering. The New Theatre will stage opera, drama, operetta musical performances, as well as hosting concerts and exhibitions.

Boasting the highest number of season ticket holders of all theatres in the Czech Republic, the New Theatre is encouraging interest in the dramatic arts beyond the city borders, attracting foreign visitors to the European Capital of Culture. And the city is proud to show off their new centrepiece which was used as the venue for the official inauguration ceremony of the Capital of Culture in January 2015.

Our story with Plzeň will not come to an end when the curtain closes on 2015. To enable ongoing urban development the city signed their third loan with the EIB in June 2014 to the tune of CZK 650 million (approximately EUR 24 million). The Bank is set to leave a lasting mark on the city’s municipal blueprint, promoting projects in the areas of transport, environmental protection, education, cultural heritage and other municipal services.

Support for other European Capitals of Culture

Moreover, the EIB is no stranger to supporting European Capitals of Culture. We also supported the 2013 European Capital of Culture, Košice (Slovakia), with a SKK 1.4 billion loan (around EUR 39 million) to upgrade transport infrastructure in the self-governing region. With our support, Košice was able to tackle the long outstanding reconstruction of certain cultural facilities including the renovation of the East Slovak Museum; one of the main attractions during the cultural showcase. 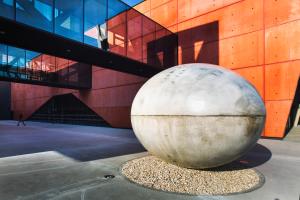 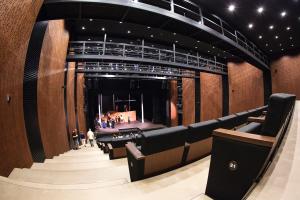 The Czech Republic and the EIB