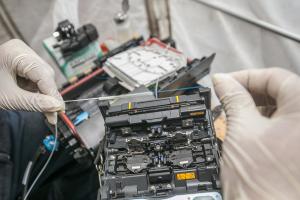 Ireland’s rural landscapes have often been the subject of poetry, prose and postcards, but the island’s emerald meadows, green hills and rugged mountains are rarely associated with the words accessibility or connectivity. By all but enet, that is. The innovative young Irish company saw an opportunity to link Ireland’s small rural businesses to the internet, allowing them to remain competitive and become a source of growth for rural communities. An EIB loan of EUR 12 million is supporting enet’s development and their ambitious projects.

enet started out as the brainchild of a Limerick property developer who was seeking innovative solutions to attract investment into some of Ireland’s more remote regions which seemed to be losing out due to the lack of connectivity. The answer came in the form of a government tender back in 2004 for the Metropolitan Area Networks (MANs). enet responded and was selected to manage, maintain and operate the MANs. 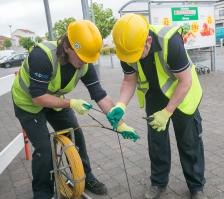 At the time that enet won the tender they had little to their name except a concession and a firm belief in the need to develop open access networks for the delivery of affordable, state of the art broadband services. The office and infrastructure would follow later. An initial fibre optic ring was built in 20 locations and later extended to 28. And from here in, enet’s story has gone from strength to strength. The company has built up extensive skills and expertise, winning another State tender in 2009 for a further 66 towns.

Apart from the MANs, enet has also developed an important and complementary business line providing national services to these towns, as well as developing fibre infrastructure in other locations – such as Dublin, Shannon and Belfast. The company is investing EUR 20m in building a 5000km-long fibre optic infrastructure that connects the metro fibre networks in these regions.

Nowadays, enet, which was acquired by specialist telecommunications and media investment firm Granahan McCourt Capital in September 2013, provides world class connectivity and co-location to telecommunications. Other than the national incumbent, the little company with big ideas represents the largest fibre networking in offering in Ireland. 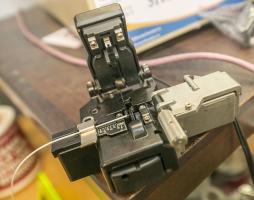 Thanks to our ’’InnovFin-EU Finance for Innovators’’ Midcap Growth Finance programme enet was able to access EIB funding. To support the company’s promising growth strategy the EIB provided enet with a 6- year amortising credit facility of up to EUR 12m. The facility will be used to finance the company’s investment programme over the next three years to support expansion of next generation fibre optic telecom across Ireland. enet will continue to invest in the MANs as well as investing private funds in other, non-MANs assets such as core networks, new metro networks and the company will continue to invest in fibre to the business (access) networks. 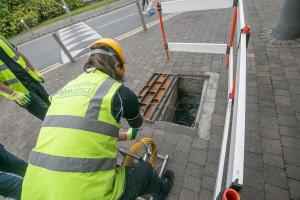 enet holds the concession to manage, maintain and operate two phases of the Irish State’s Metropolitan Area Networks (MANs) programme, which has become known as regional Ireland's fibre optic infrastructure. These networks are capable of delivering cutting-edge communications and information services, such as superfast broadband, in 94 towns and cities throughout Ireland. The MANs infrastructure account for 1300km of enet’s 5000km fibre footprint and helped to support job creation and investment throughout Ireland by creating a carrier-neutral network.

The MANs operate on an open-access basis meaning that all licensed carriers can have access. This model is contrary to traditional operators’ exclusivity of network, and allows for competition in a way that has not previously happened.

Ireland and the EIB