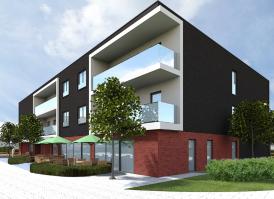 Last June, Belfius Bank and the EIB launched a EUR 400m joint financing programme for the implementation of smart and sustainable projects in line with a "Smart Cities" approach – a European first. Nine months later the progress has been excellent: the first loans, totalling EUR 35m for eight concrete projects in Belgium, have just been approved. Here is a brief review of three of them.

A smart city is a place where the traditional networks, services and infrastructure are made more efficient by using digital and other innovative technologies for the benefit of the people living there and businesses. With this vision in mind, the European Union is investing in information and communication technology (ICT) research and innovation and developing policies to improve the quality of life of its citizens and make cities more sustainable with a view to Europe's 20-20-20 targets.

The smart city concept goes beyond the use of ICT for better resource utilisation and lower emissions. It means smarter urban transport networks, upgraded water supply and waste disposal facilities, and more efficient ways of lighting and heating buildings and regenerating urban districts. And it also encompasses a more interactive and responsive city administration, safer public spaces and meeting the needs of an ageing population.

In this spirit, the “Smart Cities & Sustainable Development” programme developed by the EIB and Belfius Bank aims to assist and provide financial support for towns and cities – including the smallest ones – for their sustainable mobility, urban development and energy efficiency projects. Belgian local authorities have been the first in Europe, starting in June 2014, to benefit from preferential rate loans for implementing their "Smart Cities" projects.

Earlier this year, IMOG, an inter-municipal utility based in Harelbeke (West Flanders) was happy to learn that its compressed natural gas (CNG) project had been selected for funding under this programme.

The installation of the plant has been very welcome by CNG car owners as there is currently no CNG station in any of the 11 participating municipalities. To encourage people and businesses to use this cleaner means of transport, IMOG has adopted a participatory approach in the project, which is already bearing fruit as several companies have expressed a strong interest in CNG.

In Belgium CNG is a very new fuel. At the beginning of 2014 there were only 17 refuelling stations, based in Flanders, but the number is now increasing rapidly (29 at the beginning of 2015). Vehicles running on methane emit 27% less CO2 and 95% less particulate matter than their petrol and diesel-fuelled counterparts. Furthermore, the economic benefits of using CNG are also remarkable – replacing petrol and diesel with this fuel means substantial savings, even when oil is as cheap as it is today.

Redeveloping a brownfield site in Wetteren

To the east of Ghent, located either side of the river Scheldt, the Flemish municipality of Wetteren, with a population of 25 000 inhabitants, will soon benefit from the redevelopment of a site in the heart of the city that was formerly contaminated with asbestos. The idea is to redevelop the city centre into a car-free area, with a new town hall more responsive to local needs, new residential and commercial buildings/spaces, a huge underground carpark and a bridge connecting the two sides of the river, which will only be accessible on foot or by bicycle and it will be used daily by more than 1 000 school children.

A “Near-Zero Energy” Building (NZEB) for sheltered accommodation in Schelle

Located in the southwest of Antwerp, the Schelle municipality is also among the lucky few to benefit from the programme for its NZEB building for sheltered accommodation. Schelle, with its 8 200 inhabitants, immediately applied for the programme, as its administrators are particularly concerned about energy savings as well as inclusive growth. This new project is not a one-off as they have already undertaken many energy efficiency projects in the past involving various administrative buildings.

The new building, consisting of 36 flats equipped to normal standards, will replace the 22 existing individual sheltered houses that were built in the late sixties/early seventies. Their energy consumption had become so high that the cost of renovation and the attainable energy level would have been much greater than building a brand new NZEB building from scratch. The construction should result in excellent U-values for the insulation of roofs, walls, windows and floors. The building will also play a social role in the urban and local context: meeting and other areas will be available for use by local organisations and schools for a variety of activities, such as talks and lectures.

Belgium and the EIB