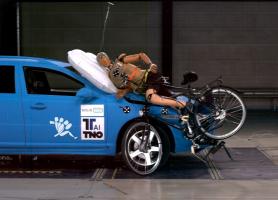 Over 1.2 million people die each year on the world’s roads, while millions more suffer severe injuries. The EIB is supporting a Swedish company’s research and development programme, which aims to save 150 000 lives worldwide.

To accelerate the development and the adoption of low cost active safety systems, the EIB has signed two loans, in 2009 and 2013, for a total amount of EUR 425m euros with Sweden’s Autoliv, one of the leading suppliers of automotive safety systems.

Autoliv has 4 600 staff involved in R&D activities worldwide, out of a total workforce of 55 000, including joint ventures. Current research projects, carried out in a number of facilities across Europe, are based on an integrated approach recognising the role of the driver (alcohol and speed), infrastructure and vehicles.

“We are happy to have the EIB as a key partner for the financing of our R&D programme”, says Dan Persson, President of Autoliv Sverige AB. “Through this programme, we plan to move from active and passive safety systems to integrated safety systems, a concept in line with the European Commission’s CARS 2020 Action Plan and the Policy Orientations on Road Safety 2011-2020.”

Roughly 40% of those who die in road traffic accidents are vulnerable road users such as pedestrians, cyclists and users of motorised two-wheelers. They also account for 68% of the fatalities in urban areas. The main cause for fatalities is head injuries.

Vehicle manufacturers have, in the past, mainly addressed the head injuries by creating sufficient clearance between the bonnet and structures in the engine compartment to allow the bonnet to act as a cushion. Several studies suggest that this is not enough, since adult head injuries occur even more frequently near the frames of the windscreen.

Together with car manufacturer Volvo, Autoliv have tried to answer the problem by developing the world’s first outside airbag to protect pedestrians if their heads hit the windscreen area. Those airbags can reduce head injuries and deaths by more than a third in frontal pedestrian collisions, and thereby save thousands of lives every year.

The company is now working on the development of a second generation of outside pedestrian airbags and a bonnet lifter that will reduce the deployment time for an increased airbag volume.

To fight drink driving, the EU commission is recommending the fitting of “alcolocks” to all new types of commercial passenger and goods transport vehicles be part of upcoming European legislation.

“Research in alcohol sensing is a top priority for Autoliv,” stresses Dan Persson. “We are trying to reduce the size of existing alcolock systems but also to better integrate them within the vehicle and to develop an unobtrusive sensor located in the compartment, which will be able to detect the origin of the alcohol source.”

Autoliv is also working on improving night vision through infrared, radar and camera based systems as well as developing a new generation of seatbelts that will substantially reduce the load on small occupants while some incorporated airbags will reduce the risk of thoracic injury.

Together with its joint ventures, Autoliv has ten technical centres in nine countries around the world, with 21 test tracks, more than any other automotive safety supplier. 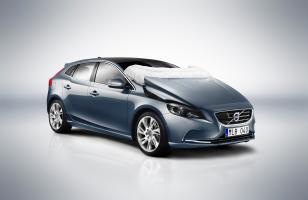