The Investment Facility is a new fund established to promote the development of the private sector and commercially-run public enterprises in the seventy-eight countries which make up the African, Caribbean and Pacific (ACP) group. It was created under the Cotonou Agreement between the ACPs and the fifteen Member States of the European Union and is managed under mandate by the European Investment Bank (EIB). The Cotonou Agreement was signed on 23 June 2000 and, following ratification, the Investment Facility came into force with an initial endowment from the ninth European Development Fund of EUR 2.2 billion, on 1 April 2003.

Hence this first Annual Report on the IF covers the operations of the Facility during the nine-month period from that date to the end of 2003. 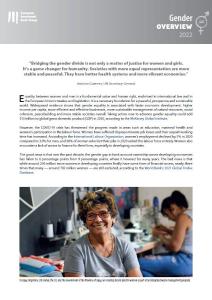