How do MDBs cooperate?

How do MDBs cooperate?

Multilateral development banks (MDBs) have a long history of working together, both at institutional and operational level.

Some of the strategic areas of MDB cooperation are:

Key figures from the 2018 joint report on MDBs climate finance 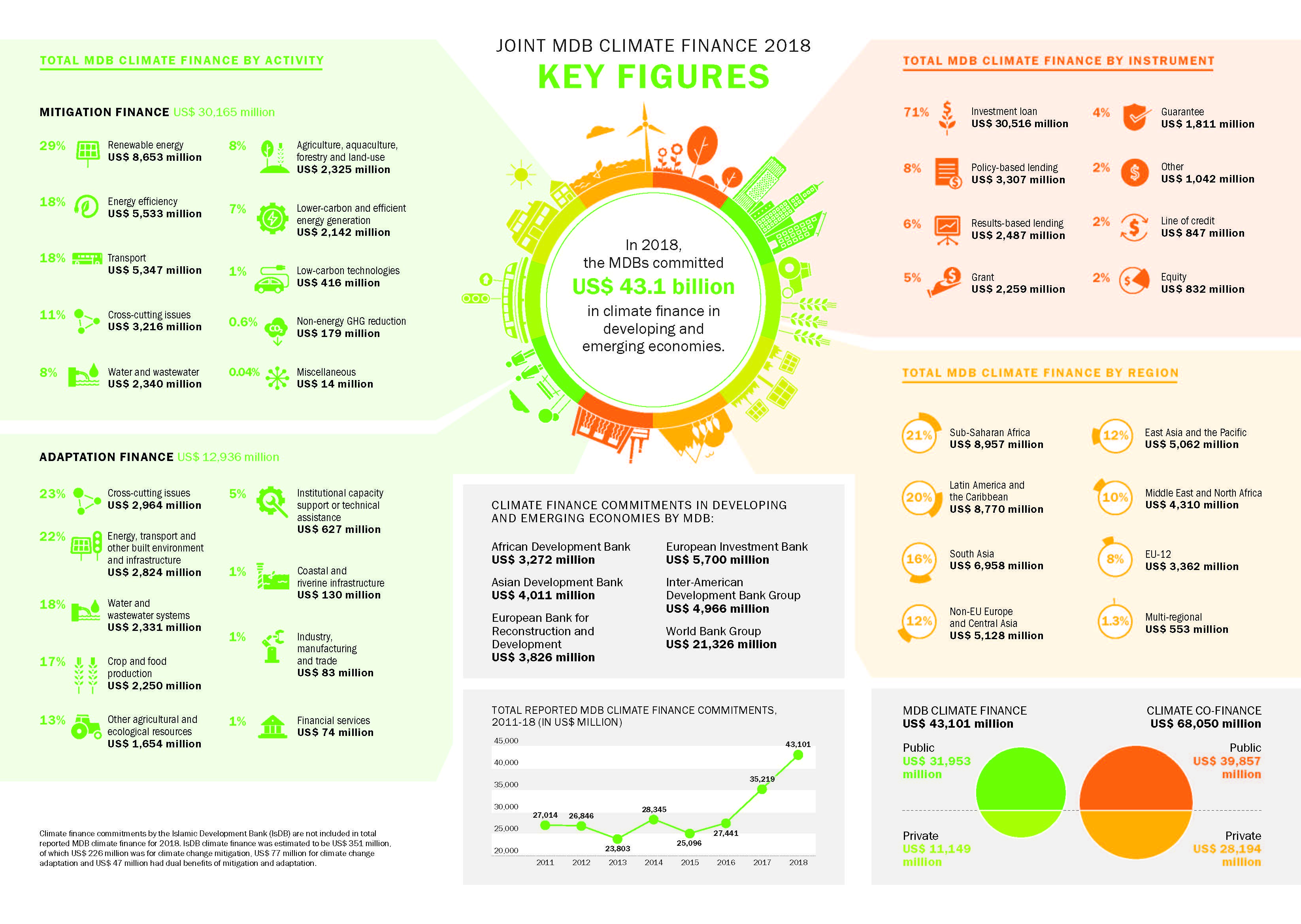 Some recent areas of collaboration among MDBs include mobilisation of private finance, risk management in emerging markets (GEMs database) and blended finance for private sector operations.

Overall, more than a hundred working groups, task forces and expert circles have been set up by MDBs in order to exchange knowledge and develop common standards.

The EIB participates in the annual general meetings of other multilateral banks, notably the World Bank and the European Bank for Reconstruction and Development (EBRD). It is also a shareholder in the latter, alongside the European Union.