Looking into the future European cities will still spark inspiration and innovation as well-run, sustainable, distinctive and inclusive places. Dr. Tim Moonen lays out the reasons to be optimistic about our metropolises.

The case against Europe’s cities goes like this: On a continent preoccupied with short-term questions and hamstrung by fragmented governance and disparities between national economies, the cities are nearly all too small to compete globally. Not only that, the demographics look bad, the global race for AI is being lost, and its prime cities are museums living off the low hanging fruit of the tourist economy and reluctant to embrace innovation and reform.

According to this narrative, by contrast Asia is pursuing large-scale metropolitan development with incredible speed, combining high urban densities with high-speed rail and digital infrastructure to connect China’s urban engines and integrate South East Asia’s rapidly prospering hub cities. America, the story goes, has the mature urban innovation and enterprise ecosystems to stay at the vanguard of the next economy and is best placed to apply new technologies that will transform the way its cities work.

But are Europe’s cities really poised to lose out?

Some of what is being written about the future of Europe’s cities is the result of a rush to explain the abrupt changes that globalisation and technology elicit. This overlooks the ingredients cities require for success over multiple cycles. Today Europe’s cities certainly encounter new kinds of challenges that demand more than business-as-usual. But to observe them as a combined group or ‘system’ from a global perspective, they also have a unique set of compelling endowments that are hard to emulate in other continents. In fact, these assets make them well equipped for the demands and trade-offs that the next decades are likely to bring.

Here are five core reasons for optimism about the future of Europe’s cities.

1. Europe shows the world what well-run cities look like

Compared to other parts of the world, Europe is home to many medium-sized cities that are agile, specialised, distinctive and globally recognisable. They are served by national platforms that make them globally connected. Most are also very well-run cities, having gradually acquired a governance model that is more fit-for-purpose for the tasks of managing the metropolis of the 21st century. These advantages consist of:

The result is that Europe’s cities experience fewer co-ordination and investment failures. Many—as exemplified by Amsterdam, Barcelona, Stockholm and Vienna—have very reliable systems to deliver re-investment, coherent strategy, and good public services. This helps them to respond to current citizen needs and also to establish a renewed set of global roles.

The Sustainable Development Goals may be three years old, but Europe’s cities have been adjusting to the challenge for much longer. They have a record of leadership commitment to climate action, fast-tracking renewable energy and energy efficiency, setting bold citywide reduction targets, and pushing firmer legislation and regulation.

Europe is the place to look for cities pioneering bold efforts for sustainable transport and active lifestyles. Madrid and Oslo effectively barred all non-resident cars from their centres in 2018. Paris is doubling bike lanes and creating incentives for electric cars. Like Brussels, the French capital is also restricting the most polluting vehicles from central areas. Copenhagen is heading towards just 25% of journeys by car, while Vienna’s plan is to reach 20%. Berlin is emulating London’s cycle “superhighways”.

And it isn’t just the capital cities. Two thirds of the 800 EU cities already have a climate mitigation or adaptation plan in place. Many others have fully integrated resilience into their long-term development strategies.1

These efforts are reflected in many of the global studies that are produced (see Table), where there are typically more top-performing European cities than North American and Asia-Pacific cities combined.2

The proactive efforts of Europe’s cities to become future proof have big social impacts. They also translate into commercial advantages, in that they:

Around the world, most cities are only just starting out on their journey to prioritise cultural investment, promote architectural heritage, celebrate multi-ethnic diversity, curate outstanding art within wider cultural districts, and achieve the high levels of civic engagement that reduce barriers to accessing culture. By contrast, these are all well-established in Europe. Europe’s cities have at least 30 years of accumulated experience learning why culture and creativity contribute to city development—and the policies and tools that can achieve this.

The global analysis indicates that European cities tend to have a higher appetite and appreciation for the arts and culture. Their talent pool in cultural industries is large. Their cultural institutions, districts and neighbourhoods are more established. Their spillovers into other creative industries are well-documented.

Culture continually raises the profile, reputation and differentiation of Europe’s cities, large and small. In the largest global surveys of opinion about cities, it is the cities of Europe that continually pervade the top of the lists, due to the perceived depth of their arts, culture and entertainment assets, as well as the pull of their universities, heritage and infrastructure. Meanwhile, more small and medium-sized cities have an international identity and a clearer story. Think of Aarhus, Edinburgh, Galway, Krakow, Ljubljana and San Sebastian. The cultural advantage associates Europe’s cities with enrichment, innovation, and inspiration.

Urban liveability means cities that put people first, are well-connected, sustainable, public and socially inclusive. This aspiration is widespread, but its achievement depends a great deal on infrastructure, governance and investment accumulated over many cycles. Europe’s cities inherit urban systems that underpin a high baseline quality of life. They also benefit from Europe’s inter-governmental model that continues to foster shared long-term planning and continuous high rates of infrastructure investment.

This means that many of Europe’s cities are the envy of the world for the quality of their urban rail, housing and utility systems. They have among the highest rates of pedestrianisation, suburban connectivity and public health. Many have achieved a compact “medium density, high amenity” urban model that is more efficient and increasingly suits the preferences that residents and mobile talent have for mixed use, interactive, on-demand urban living. The rapid connections many of Europe’s cities have to their nearest neighbours (think of Amsterdam and Utrecht, Copenhagen and Malmo, Gdansk to Gdynia) also provides residents with choice and flexibility in terms of housing and labour markets.

One result of this is that trust and confidence in local and city governments and the services they provide is high in a relatively large share of European cities. It also produces fewer examples of social and spatial polarisation. Of the 20 highest ranked major cities globally for social cohesion, 15 are European.

Another effect of citizen buy-in is Europe’s potential to turn the promise of so-called “smart cities” into tangible and cost-effective impacts on public wellbeing. Many of the most high-profile and highly branded smart initiatives are found outside Europe. But the patient journey to create smartness at scale through standards that are interoperable and replicable benefits from the harmonising effect and incentives of European institutions, and the experience city administrations increasingly have of tackling vertical organisational silos. In the next decade, as data networks start to provide a basis for the Internet of Things, Europe will have an edge in smarter grids and augmented-reality platforms because of its collaborative and responsive governance.

5. Europe’s cities will leverage their know-how and expertise to host and serve the world

The fact that Europe’s cities lead and inspire the world in these ways boosts their special ability to serve inbound global demand and to service the long growth and urbanisation cycle happening in the rest of the world.

The future of globalisation and industry value chains will see emerging economies soon become the dominant consumer markets. Their companies will become even stronger competitors to those of Europe. But their populations are, meanwhile, becoming customers, seeking advanced goods, high-quality services, business know-how, unique experiences and top-class education—all at an unprecedented scale.  Europe’s cities also have the history and identity to exploit these advantages. They are known, trusted, and admired.

The proficiency and popularity of European cities’ universities, medical providers, marketers, fashion and design houses, architects and asset managers in serving this demand is already clear. This is very timely, as the delivery of services, subscriptions, and intangible software and intellectual property is growing much faster than the trade in goods. The growing export value of knowledge and tacit insight favours Europe’s highly skilled labour forces and robust intellectual property protections.

Europe’s trade surplus in services has already soared from $16 billion in 2000 to more than $250 billion today. At the same time, the calculus of businesses in the current and upcoming cycle is less about cost and more about the proximity to customers, the quality and seamlessness of infrastructure, and the pool of talent. This shift plays to Europe’s strengths. It is one reason why corporate investment in Europe remains strong and why more of its cities’ start-up scenes and initial public offering rates are taking off. Urban scale and growth rates will still matter, but the race to quality and efficiency also bodes well.

Europe’s cities have already demonstrated their resilience. Over the last 50 years, they bounced back from acute post-industrial malaise to become thriving and diversified metropolises. As attention turns to the next half century and the possible impacts of new industries, climate calamities, social and political divergence, and Asia’s ascent, Europe’s cities and their advocates can be buoyant. Their governance and investment platforms, the strength of their institutions, and their soft power and reputation, are formidable foundations to shape and lead the way into an uncertain future, and to emerge even stronger. 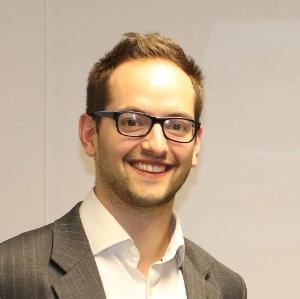 An Honorary Lecturer at STEaPP, University College London, Dr. Tim Moonen is Managing Director at The Business of Cities, an urban intelligence and policy group that works with more than 50 city governments and institutions worldwide each year, and helps larger businesses understand the opportunities in an urbanising world. He has co-authored more than 50 reports, books and chapters on city competitiveness, governance and performance, including the book World Cities and Nation States (2016), and the EIB essay series The Story of Your City: Europe and its Urban Development 1970-2020.