Margaret Anyango used to lose money on her fruit and vegetable store, because without electric lights she couldn’t stay open for late-night shoppers. Now she has light from a solar-powered d.light kit and she’s doing good business. “My customers can always see my shop is open, even from a distance,” she says. “When I close, it is because I want to rest. Not because there is no light.”

Electricity is crucial to Africa’s growth, yet vast areas of the continent remain unconnected to the grid or chronically underserved by expensive and unreliable power. Current estimates put the number of people without electricity in Africa at around 600 million people. As Margaret’s story shows, the grid is not the only solution.

d.light provides a range of solar-powered, off-grid electricity products, which are improving lives across Africa. They start with solar powered lanterns and torches, but also include complete home kits for lighting, television, radio and mobile phone charging. All are clean power and cost around one third of the mains equivalent. Importantly, d.light products eliminate the need for dirty, pricy and unreliable diesel generators and kerosene lamps, which are health and safety hazards.

d.light was born out of tragedy. In 2004, founder Sam Goldman was working as a volunteer in Benin, when his 15-year-old neighbour was badly burned by an accident with a kerosene lamp. Sam was devastated and resolved to do something to prevent such needless deaths from occurring.

“We’re present in Kenya, we’re present in Africa, but our target market is simply those who don’t have a reliable source of energy, and those who are outside of the grid,” says Geoffrey Aswani, d.light Territory Sales Manager for Nairobi.

The company is growing quickly and the European Investment Bank is investing EUR 25 million from the ACP Impact Financing Envelope to help d.light expand further. In a few years, they have reached 200,000 customers in Kenya, and estimate that their products have improved the lives of about 83 million people across 62 countries around the world.

‘It has made me happy’

Josephine Wanjiru and her family live in Joska, around an hour’s drive from Nairobi, at least when the traffic isn’t too bad. “I work part-time in my family’s butchery, where we sell meat and we make, cook and sell samosas,” the 26-year-old says. “Before, we used to close at around 10, but now with d.light we close at around 12. So it means that we make more money than before. The profit margin has increased, and the money that we save, we reinvest in our business.”

D.light is not only about helping businesses stay open longer. As a young mother and a part-time student who commutes to Nairobi on most afternoons for her classes in IT, Josephine works very long days. She also appreciates having guaranteed light to study at home.

Another d.light customer, Catherine Maina, lives with her husband outside Joska in the countryside. They are retired, but they have a few cows and produce milk. The family home, still under construction, is a labour of love. It’s also a meeting point for Catherine’s children and grandchildren, who often visit from Nairobi.

The location feels a world away from the sprawling, hectic, crowded capital. This has its drawbacks, though. “We used to travel very far just to charge our mobile phones,” says Catherine, a former designer. “Can you imagine walking three kilometres just to do that? Now we have lights, we have television and I can just charge my phone at home. It has saved me time. It has made me happy and comfortable.”

d.light’s systems are clean, affordable, reliable—and they make use of Africa’s plentiful bright sunshine. The Kenyan government has established an ambitious programme to electrify the whole country. Coupled with the serious strides Kenya is making in generation from renewables including geothermal power, the government’s ambition is not far-fetched.

On this vast continent, the only way to achieve energy for everyone will be through a mix of large infrastructure and small, smart solutions like d.light that are tailor-made to meet the needs of everyone. 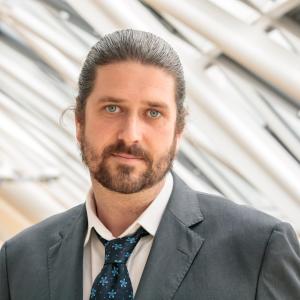 In Africa solar energy isn’t just about lighting up the night or using a mobile phone. It now can irrigate and fertilise farms, providing a new way to help the 791 million Africans who have no electricity.
Khaled Elnimr is an Egyptian writer who has lived in Europe for many years. His short story recounts with great poetry a dreamlike visit to Noor in which the narrator seeks the light within himself that is so much on display at a greater scale in the Ouarzazate solar fields. Through his journey to Noor, the narrator finds himself connected to nature and the local people of Ouarzazate. He's @khaledelnimr02.