In early 2014, the Welsh Government’s cabinet had agreed a pipeline of Public Private Partnerships (PPPs) with a capital value of over £1 billion. I found myself wondering nervously how I was going to deliver this programme of work – not least, given the lack of expertise I had available to turn political aspirations into public infrastructure.

That was when I decided I should respond positively to those periodic invitations to meetings with the European PPP Expertise Centre (EPEC) that appeared in my inbox. What a good decision that turned out to be. The level of PPP expertise among EPEC’s staff was immediately reassuring and it was not long before I learned about EPEC’s bilateral work programme. Free expertise, I thought. What’s not to like about that?

Fortunately, from the beginning, EPEC has been a strong supporter of our work in Wales. Through the bilateral work programme, it provided high quality advice on delivery options for our PPP schools programme, coming to Wales to present its analysis to senior officials. But its contribution to our work hasn’t merely been at the policy end of the spectrum. Indeed, the detailed work that EPEC has recently undertaken to help us carry out our commercial assurance of PPPs has been of immense value.

This started in 2016. We spent a year coming to terms with the decisions of statisticians concerning the accounting treatment of PPPs, as we had developed a new approach, which we call the Mutual Investment Model (MIM). The MIM is a bankable PPP model that incorporates the best of other PPP approaches in the UK – from England’s replacement of PFI (known as PF2) to Scotland’s non-profit distributing model (NPD, itself a modification of PFI).

The MIM provides for optimum risk allocation, whole-life costing, and performance-based payments, while ensuring that new investment is classified as investment from the private sector; and is therefore genuinely additional to investment from other public sources. Private partners will be obliged to help the government deliver the objectives of Wales’s ground-breaking Wellbeing of Future Generations Act. They will need to:

The MIM also has value for money among its core objectives. The MIM will not be used to finance soft services, such as cleaning and catering, which led to expensive and inflexible contracts in the historic PFI model. Nor will it be used to finance capital equipment. The Government will invest a small amount of risk capital in each scheme, ensuring that the public sector participates in any return on investment.

The MIM is underpinned by a standardised project agreement that we believe provides for the private sector classification of our PPPs, which is a vital consideration for us. But, before we submitted the MIM documents to the national statistical authorities in the UK, EPEC undertook a pain-staking peer review of all of our material. This review provided us with invaluable insights, and allowed us to tweak the documents before submitting them to the scrutiny of the statisticians.

Furthermore, when Eurostat announced that it, too, wanted to consider the MIM documents, not only were we able to draw on EPEC’s excellent classification guide (I know, it’s Eurostat’s guide too!), but we were also able to count on EPEC to act as a go-between with Eurostat. This really helped us to explore the latter’s thinking on some very tricky classification issues in a speedy and less formal manner than the customary exchange of letters that often proceeds at a snail’s pace.

The result of these interactions was that Eurostat agreed with the UK national statistical authorities that the MIM did, indeed, provide for the private sector classification of PPPs. Clearly, that was a great result.

Most recently, the European Investment Bank’s EPEC has supported our homegrown approach to undertaking commercial assurance of PPPs. We have instituted a process of Commercial Approval Points (CAPs) to provide an additional tier of constructive challenge to PPP project teams. We were delighted to have an EPEC expert on the panel of the first CAP undertaken in Wales, prior to the issuing in July of the Contract Notice for our first MIM scheme.

In short, EPEC has provided a great deal of invaluable advice and support to Wales from the very start of our PPP story. Long may it continue! 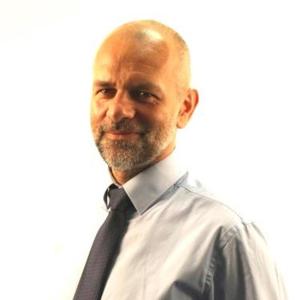 I lead a multidisciplinary team responsible for the policy aspects of the Welsh Government’s PPP pipeline, including development of the Mutual Investment Model. A civil service generalist with a strong interest in international issues, my previous roles include EU trade negotiator at the World Trade Organisation (on secondment to the European Commission); two tours at the UK Permanent Representation to the EU, leading on reform of the Common Agricultural Policy and Structural Funds; and a short loan period to an NGO in Zambia working with HIV-afflicted households.
Show more

Good healthcare ideas often have trouble raising money to go beyond the early research. From malaria to coronavirus, EIB investment takes aim at this problem