Adriana Mano was picking up trash from a Portuguese beach in 2015 when someone gave her an idea that changed her life. Her day job was a shoe designer and product developer. In her free time, she cleaned up beaches.

During an informal cleanup one day, a friend suggested, “What about using this plastic in your shoes?” Mano laughed off the question, as plastic isn’t the best material for footwear. But she adds, “I started thinking.”

Every year, enormous quantities of plastic waste end up in the ocean. It’s difficult to know how much, but estimates vary from 8 to 23 million metric tons. This plastic waste can entangle marine animals, break down into tiny particles that are ingested by wildlife, or form huge floating garbage patches.

In 2018, Mano saw that a local university was giving an award to the best idea for reusing waste. She applied with the shoe idea and won. She recalls, “After, we thought, maybe we could do this for real.”

How to make brittle plastic work in shoes

She researched the project with the help of her contacts in the industry. Plastic alone is too brittle for shoes, so she shredded it and mixed it with natural rubber to make flexible soles with multi-colored plastic speckles.

Her background in the shoe industry was a major advantage. “A lot of people believed in our project and supported us,” she says. For example, a maker of molds for soles, normally a large investment, provided them for free. Other partners helped with marketing, communication and a website. She received no government funds or bank loans, so the business development was like “baking a cake without eggs.” But she managed to get the company up and running.

Mano designed a simple, fashionable sandal with crisscross straps and named the new company Zouri, after the traditional thonged Japanese sandal. Then she launched a crowdfunding campaign for production, raising €30,000 in one month.

In 2019, Zouri won second place in the EIB Social Innovation Tournament, in the special category on sustainable consumption and production. The tournament is an annual event that helps entrepreneurs who are solving problems in society or the environment.
Zouri now makes sneakers in addition to handmade sandals. All production takes place within 100 kilometres of the atelier in Guimarães. The company sells shoes directly to people online, and also distributes to shoe stores, concept stores, hotels, and the like.

Its first year in business, Zouri had €200,000 in sales. By 2021, that number had doubled, despite the pandemic, a success reinforced by the collaboration with the California snow-and-surf company O’Neill on a sneaker.  Mano expects €500,000 in sales this year.

600 kilograms of plastic for a batch of new shoes

Most of the plastic the company uses comes from fishing nets. While Zouri doesn’t conduct cleanup actions itself, it works with non-governmental organisations, cities and schools that pick up trash on beaches. Half its plastic waste comes from an organization called Brigada do Mar, which has been cleaning Portuguese beaches since 2008.

During these operations, Zouri shows up and collects the waste, separating plastics from the rest and transporting it to a storage facility before shredding it to make shoes.

Brigada do Mar’s co-founder, Rute Novais, says Zouri arrived with an answer for plastic waste when there were practically none. “There were not many solutions and not much talk about sustainability or the circular economy,” she says.

Zouri’s sandals contain the equivalent of eight 33-militre plastic bottles in each sole. For each metric ton of plastic collected, the company uses about 600-700 kilograms, after removing any metal or glass that can destroy the shredding machine. Over the years, Zouri has collected eight metric tons of plastic waste and used about four metric tons in their shoes.

One of the biggest challenges is deciding how big a truck to bring to each cleanup. “It’s difficult to create a business plan—you never know the amount of raw material you will get,” Mano says.

Zouri now is investigating ceramics, furniture, and clothing. “We don’t want to be a shoe brand,” Mano says. “We want to be a brand of plastic waste from the ocean applied in different areas.” 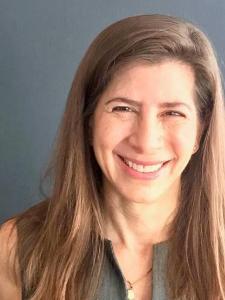 I am a journalist who writes about the finalists and alumni of the EIB Social Innovation Tournament, entrepreneurs whose projects are changing the world for the better.

Indian plastic solution rePurpose uses offsets to remove plastic from landfills and reuse it, helping the environment and creating jobs to fight poverty in India