During my last stay in Tallinn some weeks ago for a meeting in advance of Estonia taking on the rotating presidency of the EU Council of Ministers next month. I was told that they have a saying in Estonia: you cannot cook a thicker soup around one edge of the pot. This is a wise reference to cooperation and shared resources: if you contribute, you contribute for all, and your share will be proportional to the contributions of everyone involved.

In the current inward-focused political climate, it is tempting to view external activity by the European Union, and consequently by the EU Bank, through one of two lenses: a zero-sum game; or charity. Both are wrong: they distort the reality of why countries do well to invest beyond their borders.

Our challenges are global

The European Investment Bank is the largest supranational borrower and lender in the world. The EIB Group, which includes the European Investment Fund, delivers annually over EUR 8 billion in financing outside the EU – with EUR 9 billion expected in 2017. The Bank has been increasing its external activity in line with evolving EU global priorities and contributes to a number of sustainable development goals, notably in the areas of climate action, migration and mobility, sustainable growth and jobs, trade and economic prosperity.

The soup metaphor is a helpful image when you think about climate action, for example. Climate change does not stop at country borders, no wall will contain it. In order to limit global warming to the 2 degrees agreed in the UN accord at the Paris meeting in 2015 we need to reduce the CO2 released all over the world. When it comes to climate change, one cannot boil a thicker soup, say, in Pittsburgh than is being enjoyed in Pyongyang, or Paris, for example – although one could water down the meal for everyone on the planet.

This is not just about positioning the EU as the global leader in the fight against climate change. A nice example of what the EIB is doing can be found on the Maldives Islands. Their entire territory is less than 5 metres above sea level, so they are extremely vulnerable to sea-level rising as a result of climate change. In the past, the islands have been reliant on oil being shipped over great distances. This made electricity extremely expensive, with a result that 35% of GDP was spent on it. The EIB is helping finance a EUR 175 million project to install solar photovoltaic plants there, on strong structures high above the ground so as not to be affected by sudden storms and flooding. In this way the project contributes to the resilience of the Maldives’ energy supply, helps the country adapt to climate change and to mitigate some of its effects, lessens emissions by increasing the use of green energy, and – last but not least – makes huge economic sense.

Another similar example comes from the South Pacific island republic Vanuatu, where the EIB financed an innovative wind farm whose wind turbines can be folded over and secured to the ground. After cyclone Pam, which blew over the islands at 320 km/h, had passed, the turbines were cranked back up without significant damage. Again, adaptation, climate change mitigation, and sensible economics working together.

But the soup thickens. The wind farm at Devil’s Point in Vanuatu is operated by a subsidiary of France’s Engie. Today trade and investment are as global as the problem of climate change. Naturally, where the entities receiving funding are incorporated makes a difference, but growth can, and mostly does, overcome borders. By supporting foreign direct investment to tap new markets, by lending to a large network of European clients globally, the EIB Group bolsters Europe’s competitiveness and, at the same time, brings substantial economic interest to partner countries. Fostering economic development around the world also contributes to global trade, creating new opportunities for European firms to import and export. We also spur innovation ‘back home’ – allowing for the exchange of novel practices, ideas and know-how with far-flung corners of the world and encouraging the best talent to emerge and contribute to solutions for our global future challenges. Even when we invest in space technology, and things do not get much more external than that, we recognize it having a direct impact in our own back yard. This is the case with our recent EUR 30 million investment with a small, family-owned, innovative space technology company called OHB System in Bremen, Germany. There is no doubt that that investment will have an immediate impact inside the EU in terms of growth, jobs and competitiveness; but in the longer term, research, development and innovation are bound to have impact across the world.

But coming back down to earth: in the neighbouring countries of the EU, EIB investments bring about even more specific, and mutually beneficial, effects. Financing transport and energy connections supports the security of supply of energy on both sides of the border – and creates the physical prerequisites for trade. These economic ties facilitate exchange and cooperation just as much as competition. They are not measured by tallying points for which country wins or loses. They are not part of a zero-sum game.

In those countries preparing for EU accession, such as the Western Balkans, EIB investment contributes to the implementation of the EU’s enlargement policy and accelerates the economic development of these countries by supporting their transition to fully functioning market economies, capable of coping with competition and market forces. In addition to opening new markets for EU companies worldwide, EIB investments in this region play an important part in the actual enlargement of the internal market itself. Investing in the infrastructure of the enlargement countries, including through the hallmark EIB expertise also helps them meet and adopt EU standards in every area of the economy.

Given the magnitude of the financing gap, the recent paradigm shift from the exclusive use of budget resources for grants to their partial deployment as guarantees for loans is a smart way of using and leveraging the scarce public resources available for development. It also illustrates why investment should not be seen as charity. For nearly 60 years, EU budget funds for external policies have been complemented by long-term investment from the EIB in local private sector development, infrastructure and climate action. With the adoption of the Agenda 2030 and the revised European Consensus on Development, there is increasing recognition that adding loans and financial instruments to traditional aid and grants can make the economy more credible and competitive for additional investors, helping catalyse more funds. Our goal should be to attract private sector investment and remove obstacles for additional financiers to join in. The success of the Investment Plan for Europe – the so-called Juncker Plan – has encouraged the EU, including the EIB Group, to extend the concept of using budget resources as guarantees outside the Union, including through the envisaged “External Investment Plan”. Loans can be successfully combined with grants or, for example, first-loss pieces to funds investing in what private sector investors view as riskier combinations of geographies and sectors. This can help focus investment where it is needed most and where it is most likely to deliver a positive impact.

The impact of our investment goes beyond economic benefits. The economic relations established with the Bank’s financing and technical assistance help strengthen the EU’s shared values such as gender equality, for example. We strongly believe advancing equality is an imperative because it increases individual freedom. However, it can also contribute to faster economic growth. Investment can also help further the rule of law, security, mutual accountability, and increased exchange and understanding among all parties involved.

Investment outside our borders can be a proactive measure to alleviate the risk of social and political unrest in the countries where it takes place. Resilient economies where growth is robust and inclusive – especially in terms of providing equal employment opportunities – are less likely to experience social unrest, conflict, and massive migration.

The EIB is now stepping up its activities on this front, as it is already implementing the Economic Resilience Initiative (ERI) on the ground to improve the ability to absorb and respond to shocks and crises in the Western Balkans and the EU’s Southern Neighbourhood countries. An example of such shocks could be the effects of adverse weather circumstances arising from climate change, but also large inflows of refugees from war-torn areas that suddenly exert major pressure on the public services of these countries. By way of example, the EIB has provided a loan which was combined with EU investment grants in favour of the Wadi Al Arab Water System II project in Jordan aimed at addressing a water scarcity in the country that is further exacerbated by the dramatic influx of Syrian refugees. The system will provide an additional 30 million cubic metres of drinkable water per year in areas estimated to have an urban non-refugee population of around 1.47 million people, and housing around 163 000 refugees.

Fazer, the Nordic food giant, will make a sugar substitute out of the lowly oat hull

All in all, through the ERI we expect to deliver EUR 15 billion of investment in these regions over the next 4 years. While money cannot stop war and violence, this initiative will help mitigate involuntary migration due not just to war but also to untenable living conditions.

The EIB Group has already invested in some 130 countries around the world, contributing to the achievement of the UN Sustainable Development Goals, in the process. According to our analysis, EIB-supported operations in the last year alone will deliver:

Prosperity for all, not charity or a race for dominance, is the way we should think about investment. Investments in economically sound, socially valuable, and environmentally helpful projects benefit all, irrespective of geographical borders. The EIB’s engagement outside the EU propagates the Union’s values and inspires others – in the private sector, but also other countries around the world – to follow suit. 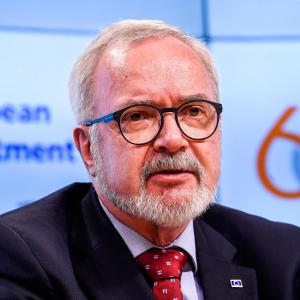 At the Social Innovation Tournament, impact, ideas, and team quality are key factors for the judges when choosing the winning entrepreneurs. Here’s a take on the tournament from their perspective.