Jordan, a 25 year-old French teacher, can't believe his luck. In just a few months, he was able to get the keys to his new, two-room apartment in the Symphonie building in the centre of Évry, a suburb of Paris.

“As a young, single teacher I had only ever lived in studio apartments for students. I was paying EUR 600 per month for my last studio, which was 300 m from my current apartment and measured just 17 m2. Now for a little more (€710), I have four times more space,” Jordan says. “My 47 m2 apartment also has a 5 m2 balcony.”

Before moving to his new home, Jordan had difficulty inviting people round or hosting his family – who live in Vendée. Dreaming of a bigger apartment, he applied for social housing in Évry-Courcouronnes in 2017. At first, the local government only offered Jordan very small residences close to the school he works at, in a district far from the centre of Évry.

Some time later, in May, he got a call from Évry town hall asking if he wanted to visit an affordable apartment in the brand new Symphonie building. The European Investment Bank (EIB) had provided a €500 million loan, guaranteed through the Investment Plan for Europe, to one of the affordable housing funds managed by AMPERE Gestion. The funds helped to build 13 000 affordable lodgings, including the Symphonie building, which is managed by CDC Habitat on behalf of an investment fund.

With a reasonable rent and located in Jordan’s preferred area, the apartment seduced him right away.

“I loved the architecture and layout straightaway. It’s on the eighth floor, and all the rooms are pleasant and spacious, with parquet flooring in the bedroom. I even have a balcony overlooking the building’s garden,” he says. “Despite being in the town centre, I don’t hear any noise when the windows are closed. The apartment is very well insulated.”

To meet the need, the French government implemented a financial framework encouraging institutional investors to create affordable rental housing, applying a reduced VAT rate of 10% and an exemption to property taxes on developed land for a maximum of 20 years. These benefits are provided in exchange for a minimum rental commitment of 15 years with rents 20% lower than market prices.

To qualify as affordable housing, projects must be located in a “challenged” area as defined by law, subject to direct or indirect aid from the government or a local authority in exchange for a commitment to reduce prices, target middle-income occupants under a revenue threshold, and have a price or rent that is capped at an affordable level.

After being created under the Finance Law 2017, CDC Habitat quickly positioned itself as a leader in affordable housing and attracted institutional investors to invest in various funds managed by its subsidiary, AMPERE Gestion. CDC Habitat is a subsidiary of Caisse des Dépôts.

“At CDC Habitat, we saw the value in developing affordable housing very early on. As the missing link between social housing and the private market, it represents a long-term solution for providing middle-income accommodation at the heart of urban areas,” said Yves Chazelle, CDC Habitat’s chief executive. For example, an estimated 150 000 homes are needed in the Île-de-France region, which includes Paris. To meet this growing demand, CDC Habitat and its AMPERE Gestion subsidiary are swinging into action with the goal of financing and building 45 000 affordable homes by 2029.

The EIB has supported French social and affordable housing since 2015, and has become one of the CDC Habitat group's major partners.

“Access to housing near employment centres with attractive rental prices is very important for regional economic development,” concluded Paula Juaristi, who is responsible for the loan at the EIB. “Supporting the creation of new social and affordable housing also involves ensuring that it meets the most exacting energy efficiency standards, in line with our high-priority climate action. Tenants may therefore see reductions in their energy bills and enjoy healthier and more pleasant accommodation.”

“This apartment changed my life.”

Jordan was the first person to move into the building. “There was nobody else on my floor at the beginning and no cars in the garage, but it filled up quickly afterwards.” In fact, the building was full within six months and includes 72 apartments, all with a parking space in the basement and most with balconies or loggias.

The tenants are mostly young students, individuals living alone and young couples or families with one or two children, most of which are salaried workers or young professionals. The building's rents are about 13.3% lower than those of Évry's private rental market.

Without the affordable rent offered by CDC Habitat, Jordan would not have been able to rent an apartment as big.

“This apartment changed my life,” he added. “It's my first ‘real’ apartment. I can finally invite my friends over and they can sleep somewhere other than the floor, and my family can stay when they need to. I can finally buy my own furniture and feel at home.” 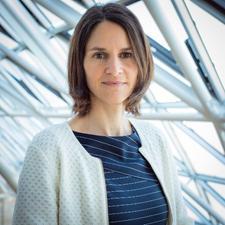 I work in the European Investment Bank's story development unit. My job is to explain how the EIB improves lives and protects the environment all over the world.

A Namibia affordable housing scheme shows the way for green projects in the developed world – and provides reasonably priced homes to workers there and in Botswana.

In Ireland social housing gets a boost with financing from the European Investment Bank, the EU bank, and transforms the lives of people priced out of the rental market