The European Commission’s new long-term strategy on greenhouse gas reduction aims for an ambitious net-zero emissions target by 2050. For those of us who work at the confluence of policy and finance, the question now is: How do we get there from here?

The net-zero target requires an economic transformation. The energy sector’s role is central, because it’s responsible for over 75% of EU emissions. Multilateral investors like the European Investment Bank have a big contribution to make, which is why we’re currently reviewing our energy lending policy. Our financing and advice must be directed at investments that cut emissions and combat climate change. We must create the jobs and growth in the renewable energy and energy efficiency sectors that will ensure the transition leaves behind no part of our societies and no region of the world.

Our impact is already significant. In 2013-17, the energy projects we signed resulted in avoided emissions of about 8 million tonnes of CO2 annually, equivalent to emissions from 1.7 million cars driven for one year. In the last five years, the EIB provided over € 50 billion in energy investment to renewable energy, energy efficiency and grid projects. This lending helped make solar and wind power much cheaper. The global impact of EIB renewable energy projects since 2013 will ultimately be 38,000 MW of generation capacity, producing enough clean energy to supply 45 million households.

But it’s not enough.

The Commission’s strategy estimates that, to achieve a carbon neutral economy by 2050, investment in energy systems would have to increase to 2.8% of GDP, from 2% today. This means additional investment of €175 billion to €290 billion a year (excluding transport) from 2030 onwards. That’s not the kind of money any one EU member state can find all by itself. Multilateralism will be crucial to delivering on this strategic goal, and the EIB will be a keystone investor in this great challenge.

It isn’t only the sheer size of the investment that’s a factor here. The long-term nature of these commitments requires a steady hand like the EIB to back them. For grids, annual investment needs are expected to rise by nearly 70% in the post-2030 period. Similarly, power generation is likely to double.
Let’s not forget that all policy must take into account the needs of the citizens we serve. That’s why the concept of a “just transition” was so much discussed at COP24. The economic and social impacts of the energy transition on regions with high employment in fossil fuel extraction, energy intensive industries and conventional automotive manufacturing are included in the Commission’s long-term strategy. Planning for the social implications will be vital for successful decarbonisation in Europe and elsewhere.

The EU bank and the energy transformation

In all this, the EIB can be a central catalyst. The bank can address market failures and support other financial entities to identify sustainable activities. We are already working with commercial banks to help them identify climate action windows in our lines of credit. This can be extended to other intermediaries and to other sustainable activities beyond climate action. Another possible avenue should be increased cooperation with national promotional banks in identifying green investment and the assessment and management of negative impacts and risks. Here our extensive advisory and technical assistance can be vital.
There are many pieces to the puzzle, as we develop the plan for financing the path toward net-zero emissions. The EIB’s role is to show that decarbonisation is a viable business model. We aim to do exactly that. 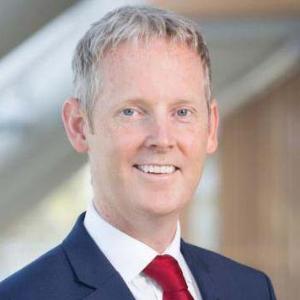 We need to increase massively the amount of renewable energy we produce and use, so that we can beat climate change. Here are the clean energy innovations that will help make it happen