The truth about our digital footprint - and how to reduce it

Digital technology and the Internet in particular are often associated with a new, greener economy. Indeed, reducing paper consumption, using video conferences instead of flying to meetings, and introducing smart grids to save energy are but a few examples of how digitalisation can help us protect the environment.

However, the emergence of a hyper-connected way of life has caused the digital sector itself to become a major energy consumer and producer of greenhouse gases (GHG). As with most other aspects of modern day life, overconsumption is causing the planet to overheat, and technology cannot be a ‘cure-all’ solution if we don’t change certain behaviours.

A few figures to set the scene:

Surprising? Turns out ‘dematerialisation’ is not completely true. The digital economy actually uses quite a bit of material – specifically ample volumes of energy and commodities – to fuel it.

Let’s start with hardware, where the ‘material’ aspect is easier to picture (production makes up 45% of the total energy consumption of the digital sector).

We have become addicted to high-tech appliances, from smartphones to tablets, laptops and connected TVs. 7 billion smartphones have been produced since Steve Jobs released his first iPhone. To keep up with the latest, lightest and fastest devices, we (in the richest parts of the world) have been buying a new smartphone every 2 years, on average!

The production phase of a smartphone represents 90% of the direct energy consumption of a smartphone throughout its entire lifecycle, so the more often we get a new one, the more costly to the environment it is.

Electronic devices are made up of thousands of components, rare metals and rare earth elements (40 on average for a smartphone), which are extracted and refined using energy- and water-intensive processes. As mines are often located in countries where environmental and social standards are very low, our race to connectivity, on top of increasing GHG emissions,  often translates into deforestation and contamination of land and water (not to mention human rights violations). Recycling solutions are, for the moment, limited and are themselves energy intensive, due to the high number of different metals and low concentration rates.

To make it worse, the production and reserves of these metals are limited, and to secure supply, the digital sector is in direct competition with renewable energies, since the production of windfarms, solar panels and batteries requires some of the same scarce resources.

It is therefore key to extend the life of our devices and fight against planned obsolescence.

Now let’s jump to the even more surprising side of our digital footprint, which is less tangible to users: data traffic and storage.

Already in 2013, Google’s executive chairman Eric Schmidt claimed that “every 2 days, we create as much information as we did up to 2003”. While this is difficult to verify, it gives a taste of the excesses of the ‘Big Data’ era. Data has been growing exponentially, due to the progression of connectivity in the emerging world, and to hyper-connectivity in more developed countries, including the Internet of Things.

Let’s take stock of some of the most basic functionalities of our ‘connected living’:

Email. Any guess of how many emails are exchanged every hour? 10 billion. Only 20% of them are actually read. These emails travel an average of 15,000 km at the speed of light, passing through several servers before reaching their final destination. Just like marathon runners running on slow sugar, emails need energy to complete the race! It is estimated that every single email emits at least 4g of CO2. If an attachment is added, this can go up to 50g, which is equivalent to leaving a low consumption lightbulb switched on for one hour. In total, global email traffic is fuelled by the equivalent of 15 nuclear plants!

Videos. Yet, emails are nothing compared to our addiction to videos, which now represents more than 60% of data traffic, and account for 80% of its growth! Watching a 10 minute video online is the equivalent of sending emails, non-stop, for 5 hours - so I let you do the math.

Data centres. Now, what happens to these video files and emails? They join ‘the Cloud’. But behind the peaceful image of a white cumulus is a less poetic reality, that of data centres composed of thousands of servers that not only need plenty of energy to run, back up and store your files, but also air conditioning, 24 hours a day.

Data centres represented 19% of the global digital energy consumption as of 2017. However, with the explosion in data traffic (+25% per year), the number of data centres is expanding very quickly and their electricity consumption is skyrocketing.

Of course, data storage providers are increasingly running on renewable energy. However, it is fair to wonder if this is the wisest use of these renewable energies, of which – let’s keep this in mind –there is not yet enough of to allow the world to meet the Paris Agreement targets. Let’s also remember that during their construction phase, even renewable power plants are responsible for significant emissions as well.

More generally, we are witnessing the appropriation by the digital sector of a progressively disproportionate share of electricity, while the proportion of consumption related to useful digital activities is actually declining. And here again, the richest part of the world’s population has a bigger footprint (1 American owns, on average, 10 connected devices and consumes 140 Gigabytes of data per month, vs. 1 device and 2 Gigabytes for an Indian) and therefore a bigger responsibility to change.

So in conclusion, try to remember that every click has a footprint. The cloud is not always green.So let’s try to reduce and reuse, and make sure that digital technology remains what it was intended to be: a tool for a better life, not a way of life.

WHAT YOU CAN DO:

SOURCES – IF YOU WANT TO LEARN MORE: 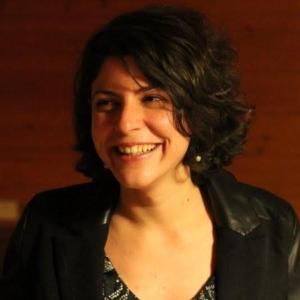 The environment mostly benefits from digital technology, but our virtual activity hides the real digital climate impact. Can high-tech industries guard against it?

How does coronavirus impact data privacy? If we give up private information to help fight COVID-19, can we be sure it won't be misused? Find out from our data governance expert