Romania tackles coastal erosion and protects its tourist industry, as well as protecting biodiversity in the sea and coastal wetlands.

Have you ever stood on a beach and asked yourself where all the sand went?

Coastal erosion is a growing concern around Europe. The removal of soil and sand by wind, water and human action has left several European coastal areas defenceless against flooding and high tides or extremely high tides, threatening human and marine life.

While it’s a natural process, coastal erosion can be quickened by the construction of hard infrastructure like ports and defensive embankments. On the Romanian coast, the entire southern sector of beaches and coastline have been acutely eroded by the construction of ports as well as dams along the Danube to the Black Sea. This has led to the deterioration of “sediment transport,” which is the natural movement of sand and gravel by the water. It’s a huge environmental risk, because it can result in significant changes in the morphology of the coastline in the Black Sea which is accelerated by the increased frequency of coastal flooding and storm surges due to climate change.

“The coastal erosion in the Constanta County didn’t happen overnight,” says Aimilia Pistrika, a Senior Water Engineer working at the European Investment Bank, which is lending €97 million for co-financing a project together with the European Commission to protect the Romanian Black Sea coast from erosion and floods. “By restoring the beaches, we’re improving the coast’s natural ability to defend against extreme tides and storms.”

Around Constanta, the ports hampers the natural movement of sand along the coastline, leaving some areas highly vulnerable to erosion and coastal flooding. The loss of beaches has a great impact on local properties and infrastructure. It also hits tourism and threatens the marine life. As the erosion progresses, the natural habitats change, affecting both land and sea life like plants, algae, small fish, and shellfish. The variation in sand deposits may either bury or displace species.

To tackle this issue, the Dobrogea Litoral Water Basin Administration is implementing the second phase of a project—phase one was completed in 2017—that will reduce coastal erosion and protect against flooding by adding new sand to beaches, protecting cliffs with strips of stones and concrete, and renovating existing coastal infrastructure to protect over 17 000 hectares of wetlands under Natura 2000 status. The project will also protect marine ecosystems by constructing artificial reefs and other biostructures for marine habitats, as well as groynes and breakwaters −rock and concrete structures that weaken wave intensity.

“In Romania, we have several beaches which have only 10 to 20 metres of sand,” says Nicusor Buzgaru, the project manager at the Dobrogea Litoral Water Basin Administration. “This project directly impacts local people and their coastal businesses, but it also protects the local sea life in a way that is completely new.”

How to deal with coastal erosion

There is more to bringing back beaches than merely depositing tonnes of sand.

The Dobrogea Litoral Administration conducted several surveys over the broader Constanta area to measure wave patterns and force, to predict the effects of climate change on the area, and to study what size grain of sand is needed to stop or slow erosion.

“While fine sand is pleasing for tourists, it’s not reliable for combatting erosion since it’s easily carried away by the wind and the waves,” Buzgaru says. “We surveyed areas of the Black Sea and we found the proper grain size is located about 25 metres under the sea. Now we only need to transport it to dry land. Sounds easy, doesn’t it?”

Contractors vacuum up sand from the sea bottom and transports it through a two-kilometre pipeline. They deposit around 18 000 tonnes of wet sand on the beach every four hours. Bulldozers and other machinery then spread the sand out on the beach, until the level inside and outside the water is proportional.

Saving sea life along with the coastline

Constanta county has around 70 kilometres of coastline, of which over 40 kilometres are available for tourism, and a population of around 400 000 inhabitants living within the broader area of the coastal protected areas with over 1.3 million visitors annually. It’s work on the beaches that saves the county €17 million each year that it would otherwise have to spend as damage cost due to events like coastal flooding.

“The expansion of beaches through sand nourishment has had an immediate effect on local businesses and tourism,” Buzgaru says.

However, the second phase of project goes further in preventing environmental degradation of marine and coastal ecosystems, by constructing artificial reefs and implementing dedicated other measures to protect and bring back biodiversity.

“We’ve learned to find the right balance between coastal protection and environmental protection,” Buzgaru says. “We have created artificial reefs and bio-structures to encourage and stimulate the biodiversity in the area. We are working to bring back local species of fish, shells and sea plants that were all but gone, and to create new ecosystems. In the end, we save human businesses and nature.” 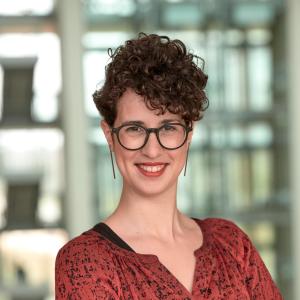 Stories have the power to inspire. I write about people and projects that make the difference, and hope to inspire others to do the same.

Nature is our best ally in delivering a liveable world to future generations. To tackle climate change biodiversity provides answers that can buy time for innovation and economic transformation