The European Investment Bank is partnering with the Global Development Network to study the impact of projects in sub-Saharan African, Caribbean and Pacific countries, under a new training and mentorship programme for local researchers. The 2017-2018 fellows will spend a year evaluating projects financed under the Bank’s Impact Financing Envelope. This is the first in a series of guest blogs by the research fellows. Find out more about the programme here.

Unemployment in Ethiopia is mainly an urban problem. It affects society’s most vulnerable groups -- women, young people aged 15 to 29, the poor, and the unskilled—who often find themselves trapped in poverty for the long term.

The majority of Ethiopia’s urban population earns its living from small enterprises. Small businesses have the potential to create employment opportunities, including for individuals who have lower chances of a job at larger firms.  Small businesses help poor and vulnerable groups through two main mechanisms:

Ethiopia—and the rest of Africa—must take action to boost small businesses. Between 1990 and 2011, six of the fastest growing countries in the world were in sub-Saharan Africa. During the same period, income inequality and poverty rates declined significantly. Despite this impressive performance, unemployment and poverty remain the two top economic development challenges of the continent.

A landlocked agrarian economy that leads the “African Lions”, Ethiopia has had double-digit growth since the beginning of the millennium. Yet poverty remains pervasive and persistent. With 102 million people, Ethiopia is Africa’s second biggest country, but has one of the highest poverty rates. More than 30% of the population lives below the international poverty line (USD 1.25 a day at purchasing power parity).

Ethiopia’s economic development has been largely state-driven, accompanied by a vast expansion of basic infrastructure and services. Although subsistence farming and a highly fragmented agricultural sector still form the backbone of the economy, high population growth, lack of arable land and low productivity hinder the potential of the sector to provide sustainable employment for a significant proportion of the population. This makes the non-agriculture sector the best hope for curbing unemployment. In this context, the country’s medium-term strategic framework (Growth and Transformation Plan II) targets the development of micro and small enterprise as a key industrial policy for job creation.

However, a recent World Bank report shows that small businesses are still significantly more likely to be credit constrained than larger firms. The report highlights a ‘missing middle’ in Ethiopia’s financial sector. Small businesses are too big to get small loans from microfinance institutions, but they are too small to access credit from banks.

The factors restricting the amount of financing available for small firms include: high collateral requirements of banks, the limited capacity of microfinance institutions (in terms of lending capacity, as well as limited loan size and short loan cycle), strict financial market regulations and lack of viable business plans.

Traditional sources of financing (such as grants and credit through microfinance institutions and banks) will play a role, but they are unlikely to fully address the financial needs of small business in the missing middle. One option would be attracting more impact investment. Impact investment targets social and environmental outcomes alongside financial returns. Small businesses often have strong social returns, via job creation, and because by providing goods and services to consumers at the base of the pyramid. As such, they could be attractive targets for impact investors.

The Ethiopian government has come a long way in making small business development a policy priority. But it is also important for the government to expand its commitment to supporting and attracting private sector investment—particularly if the country is to achieve its aspiration of becoming a lower-middle-income country by 2025. For this to occur, it is essential that government take proactive steps to mitigate risks associated with investing in Ethiopia, improve overall business climate to early stage and start-up small business and reinforce business regulations to make Ethiopia a more attractive destination for investors. 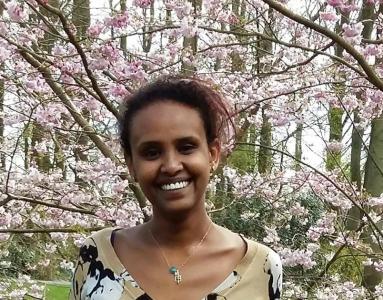 Eleni Yitbarek is researching the results of impact financing on a programme backed by the European Investment Bank and the Global Development Network. She has a PhD in economics from Maastricht University, the Netherlands She is currently a post-doctoral research fellow at University of Pretoria, South Africa.

From the loss of education to the impact on businesses, jobs and the flow of finance for development, the economic scars of the pandemic will take time to heal. In the light of COVID-19, development finance backing from the European Union is more important than ever.

Small businesses power the European economy, but many of them lack the technology needed to compete during the COVID-19 pandemic. Digital innovation hubs can provide the support and finance they desperately