What we offer
Lending

Products
Eligibility
How to apply

The EIB sold the 300 million EUAs for a total value of EUR 2,16bn (before deduction of expenses and EIB fees) at an average sale price of EUR 7.19 per EUA. 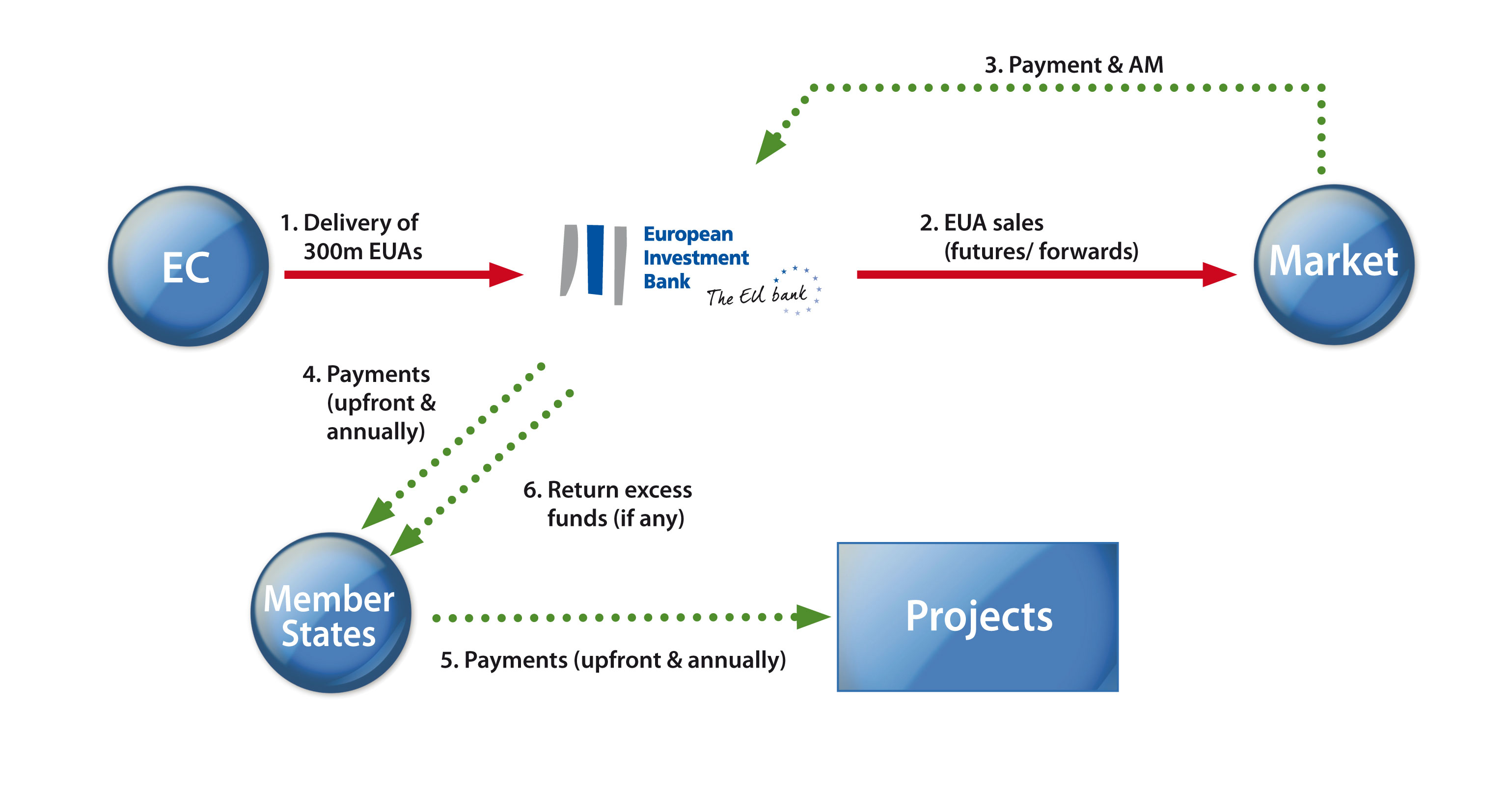 Payments to the projects will occur in accordance with the award decision and the legal instrument agreed between the Member States and the projects sponsors.

The “Monthly reports on the NER300 monetisation” can be found at http://www.eib.org/products/ner-300/reports.htm.

The “Summary report on the monetisation of 300 million EU allowances (EUAs)” can be found at http://www.eib.org/attachments/ner_summary_report_en.pdf.