The world is currently on to track for a global temperature rise of 2.7˚C by the end of the century.  That is well above the goal of 1.5oC set in the Paris climate agreement, and it would lead to serious changes in weather patterns worldwide.

A radical change is needed, and fast.

Making the best use of energy or – even better – using less of it is the best starting point. The next step is to make energy clean.

The scale and speed of the investment in clean energy solutions and innovations will determine whether we can still achieve a net-zero emission transition.

But what are the most promising green technology developments that can boost the decarbonisation of the economy? Let’s look at them.

At a time when global energy demand is more and more pressing and fossil fuel prices continue to rise, Europe is experiencing a considerable energy squeeze. Russia’s invasion of Ukraine has only highlighted the issue still further. Europe’s energy supply is still largely based on fossil fuels, and 90% of its oil and over 60% of its gas needs are imported, with some countries sourcing a large part of their energy needs from Russia.

The need to move fast along the decarbonisation path has now taken a whole new dimension, that of energy security or, more simply, independence and freedom. From a climate perspective, this is likely to be good news since the solutions are the same: boost renewable energies, foster innovation in new energy sources and carriers, make the best (and lowest) use of energy through energy efficiency.

To make it happen, we need a systemic change through the whole energy sector. It’s systemic because it’s not just a matter of plugging new power plants where the old ones were and run everything as usual. These are different machines – they work differently, in different locations, at different times and under different conditions. That suggests we need to adapt and upgrade to new ways of transforming, transporting, storing, and using energy.

The power sector is where most of the action is happening right now, and its importance will grow outsized in the future, as decarbonisation will often mean electrification of end uses. There we need to be smart in how we apply technologies that are already in our hands, starting with building power lines where they can iron out the greatest amount of the congestion, while looking ahead and tackling network issues before they even materialise and become a threat to the viability of clean power plants.

To squeeze the most out of what we have is also fundamental: active and instantaneous management of the grids, instantaneous and more accurate monitoring of power lines, so that we can max out their true transmission capacity.

Other new energy carriers like hydrogen will be likely to require new dedicated infrastructures as their importance and volume grow over time. While it may be possible to reuse and adapt some of what we have already, it’s certain that we’ll need new investments.

To be able to marry the rhythm of our lives and economy with that of the new clean sources of energy – the sun and wind, to begin with – takes a significant amount of storage. It’s needed in whatever form is most effective and economical to make us able to store energy right when it is produced, for whenever it is actually needed.

The scale of the problem posed by a transition to net-zero is massive and we need to put all possible efforts into developing a wide range of solutions – because there is no silver bullet. Batteries, hydro dams, hydrogen, synthetic fuels, thermal storage, they all have a likely role to play.

It can be because of the timeframe over which they allow the storage of energy; how much energy they store; or simply because some are a better fit for specific parts of the energy sectors.

Still, the two biggest hurdles between us and a net-zero emissions future are the production of enough clean energy, and proper long-term storage.

Decarbonised electricity generation is crucial to ensure the transition to a net zero emissions economy. One of the most innovative technologies in this area is floating offshore wind power.

Offshore wind is expected to play an important role. That’s because of the amount of installed capacity required to deliver energy to local and international markets. Its large resource potential is a perfect complement to make up for the diminishing availability of sites onshore or near shore. Offshore wind power is already industrialised and fixed-bottom turbines can be deployed in a seabed depth of around 60 metres. This avoids any impact on other economic activities, while also benefitting from stronger and more consistent winds.

Energy storage innovation could be a “game-changer” on the path to net-zero emissions.

The development and production of batteries is essential for the clean energy transition as they are a key enabling technology for low-emission mobility, as well as for stationary energy storage.

Battery technologies have emerged as a leading route for decarbonising road transport, and light road vehicles in particular. The transport sector is still responsible for 25% of global CO2 emissions.

Stationary batteries can help bridge mismatches between intermittent demand and supply over timeframes up to a few days. They will contribute to:

In the long term, batteries are expected to play a significant role in managing the variability of renewable energy generation sources such as wind and solar. They will store electricity during periods of excess production and then discharge it when demand is high. Since they are highly flexible and rapid in responding to signals, they are a great asset to handle short-term flexibility and storage needs – from milliseconds to a few hours or days. From a technical viewpoint, they are a good complement to long-term storage solutions like hydrogen or synthetic fuels, which instead are better fitted to storing larger volumes of energy over longer periods, such as months or entire seasons.

There is more to innovation in battery technology than just making them cost-effective. Reducing the need for expensive and rare materials used as inputs in manufacturing, increasing their safety, and reducing the environmental footprint of the battery manufacturing and supply chain are constant efforts necessary to improve this industry.

Green industrial innovation is essential to achieve the net-zero emissions transition. One of the most promising innovations is the production of clean hydrogen.

Clean hydrogen has the potential to play an important role in achieving the EU’s target of carbon-neutrality by 2050. It can be a key enabler for the greening of hard-to-abate emissions from transport and industrial sectors.

By 2050, electricity will be the dominant energy carrier, reaching a share of final energy use of over 50% (compared to 22% in 2015). In this context, clean hydrogen has a strong potential in several sectors, since there is only so much that we can do with electricity alone.

Almost all of today’s hydrogen is produced within and for industrial processes from natural gas and coal, releasing carbon dioxide into the atmosphere. The role of hydrogen as a climate change mitigation measure can be increased through:

In transport, hydrogen and synthetic fuels could represent between 20% and 30% of energy demand by 2050. In industry, its use could reach between 5% and 20% of total energy consumed, probably more if intensive industries such as chemicals, fertilisers, ceramics, steel and non-ferrous metals make considerable efforts in research and development. In the power and heat sector, hydrogen could be used for long-term storage.

To scale up supply and demand of green hydrogen and support the development of new markets, the European Union published a hydrogen strategy, which is part of the European Green Deal.

In line with this change, the European Investment Bank signed in 2021 a memorandum of understanding on hydrogen with Flanders, to identify projects that could receive our financing and support their bankability.

All these renewable energy solutions – offshore wind power, clean hydrogen and green batteries – are constantly being improved and developed. But they aren’t ready for massive commercialisation. The importance of driving innovations to make them more competitive goes beyond the energy sector.

The industrial and transport sectors are the centre of high carbon levels, so it’s crucial to invest in hydrogen-based solutions. It can be a substitute for fossil fuels and, as an energy carrier, achieve balance between energy supply and demand in a centralised way, improving the flexibility of our current energy system.

Including energy efficiency strategies in the infrastructure sector of cities can make buildings ecological.

The adaptation of photovoltaic systems, the use of solar thermal collectors on the roof to create hot water, instigate the transition to renewable electricity are some of the solutions that buildings need to generate their own energy in an effective and green way.

Finally, batteries are the key to moving away from fossil fuels, if we turn their full potential into reality. Decades ago, batteries started being used to power phones and computers. This decade, they are used to power cars and houses. The surge in lithium-ion battery production led to electric cars becoming commercially viable, both in terms of performance and cost. Alongside hydrogen and other clean fuels, the next steps will be to invest and develop utility-scale storage, covering the gaps between the inconsistency of wind and sun power. Large storage could open opportunities to powering industries or even entire cities with clean energy. Investing in companies that innovate in green technologies, and targeting companies that stand to benefit from the shift to a zero-net emission economy are priorities that countries should consider when thinking of their sustainability strategies 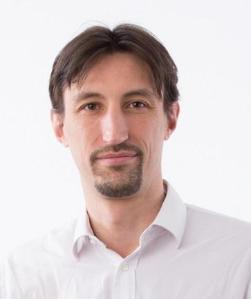 Federico Ferrario is an Energy Economist within the Project Directorates of the European Investment Bank in Luxembourg. He works on the due diligence of various energy infrastructure, from electricity networks to renewables to storage and hydrogen, as well as provide advice on European wholesale energy markets.

While we all know that energy efficiency and renewable energy are the keys to fighting climate change in the long term, they are also a vital part of the solution to the current energy crisis.