On Thursday 29 September, the EIB organised a workshop in Brussels about the Green Bond market and EIB’s leading contribution to its sustainable development.

In his opening remarks, Vice-President Vapaavuori stated that climate action is and remains a top priority for the EIB and that the Bank’s engagement in the Green Bond market is an essential part of this commitment. In particular, he highlighted the EIB’s sustained high issuance volumes and contributions to transparency and accountability, setting a trend that has reached the strategic agenda of a whole range of market players in the aftermath of COP 21. He also pointed to the Bank’s recent ground-breaking move to obtain an independent reasonable assurance report for its Green Bond framework.

In the first session, EIB’s Director and Head of Capital Markets, Eila Kreivi, introduced the Green Bond market and the Bank’s leading role in spurring its development. She explained how the EIB pioneered the field as the first issuer of a Green Bond in 2007 and how it became the largest issuer to date, bringing the total volume to over 15 billion EUR as of end-September 2016. She further highlighted that the EIB is engaged in improving the governance of the Green Bonds market by its contribution to Green Bond Principles (GBPs) to enhance disclosure and transparency and its own efforts in terms of Green Bond impact reporting. 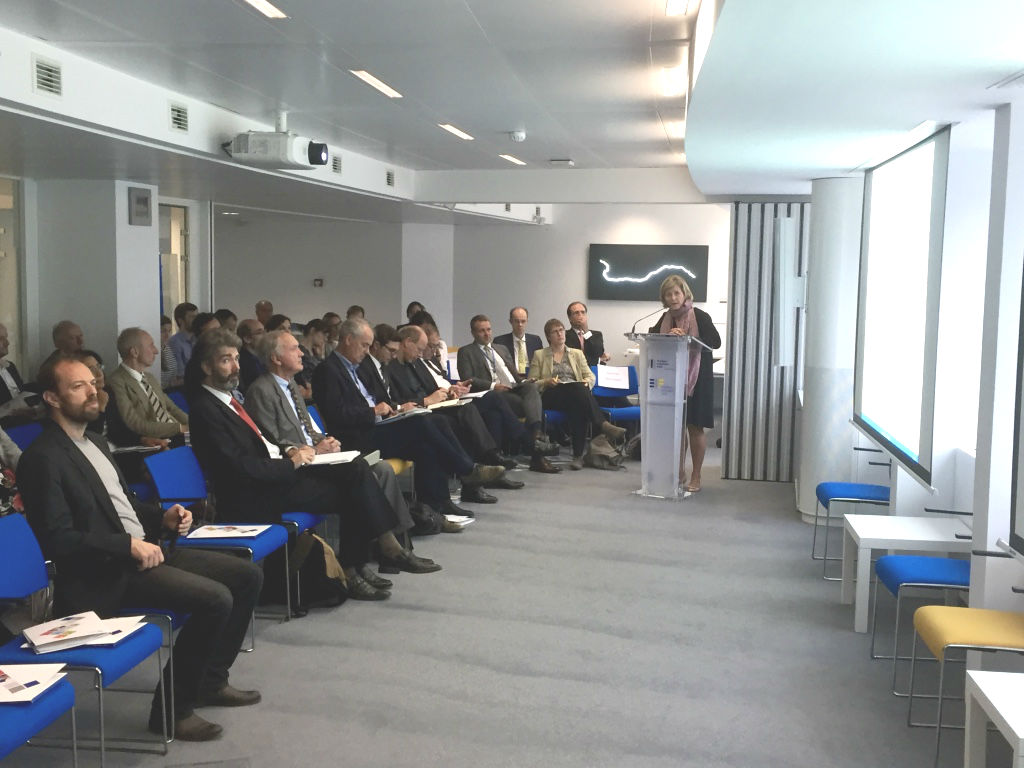 In the second session, the EIB’s leading expert in Climate and Environment, Nancy Saich, explained the link between Green Bonds and EIB’s commitment to climate action and outlined the EIB’s approach in defining climate finance. She emphasized the Bank’s long-standing work on harmonisation and transparency on the content of Green Bonds, followed by an account of EIB’s pioneering role on impact reporting, particularly with regard to carbon footprint, as well as energy efficiency and renewable energy indicators.

The panel discussion provided an opportunity to further develop vital issues such as defining what makes a Green Bond green, the value of Green Bonds in supporting low-carbon transition, as well as green bond reporting, relevant metrics and the role of external reviews. Discussions also touched upon some recent topical issues such as the application of Article 173 of the French Energy Transition Law, the latest G20 statements on green finance and the recent French announcement to become the first sovereign Green Bond issuer.

Overall, there was a consensus in the room that climate change is imminent and that speedy and effective action is needed to rise to the challenge. Green bonds appear as a “triple-win” product, with clear advantages for borrowers, lenders and the environment.

The lively exchanges between the speakers and participants during the Q&A session and the networking coffee confirmed the determination of the various stakeholders to keep up this constructive dialogue.

The Permanent Representation of the EIB in Brussels organises events about current affairs.

The InvestEU programme is a key pillar of the European Union’s largest ever stimulus package to recover from the COVID-19 pandemic and to help build green, digital and fair European economy. It can also support the European economy in addressing new challenges arising from major uncertainties linked to the global and security outlook.

In October 2021, the EIB Board of Directors approved a new framework for the EIB’s cohesion action for the period 2021-2027. The new Cohesion Orientation lays the foundation for increasing climate action and environmental lending in poorer regions, fostering innovation and financing for the private sector and ensuring that EIB financing complements EU cohesion policy funds in the new seven-year EU budget.