Following the seminars held in 2014 and 2015, the EIB is pleased to announce this workshop to discuss its approach on the Policy towards weakly regulated, non-transparent and uncooperative jurisdictions (NCJ Policy) in the context of the recent regulatory developments in the area of tax good governance, anti-money laundering and combatting the financing of terrorism (AML-CFT).

Ahead of the publication of the Common EU list of third country jurisdictions for tax purposes (EU List), the Office of the Chief Compliance Officer (OCCO) organised in collaboration with the Civil Society Division, its third engagement event with stakeholders on Wednesday 29 November in the EIB Brussels Office. 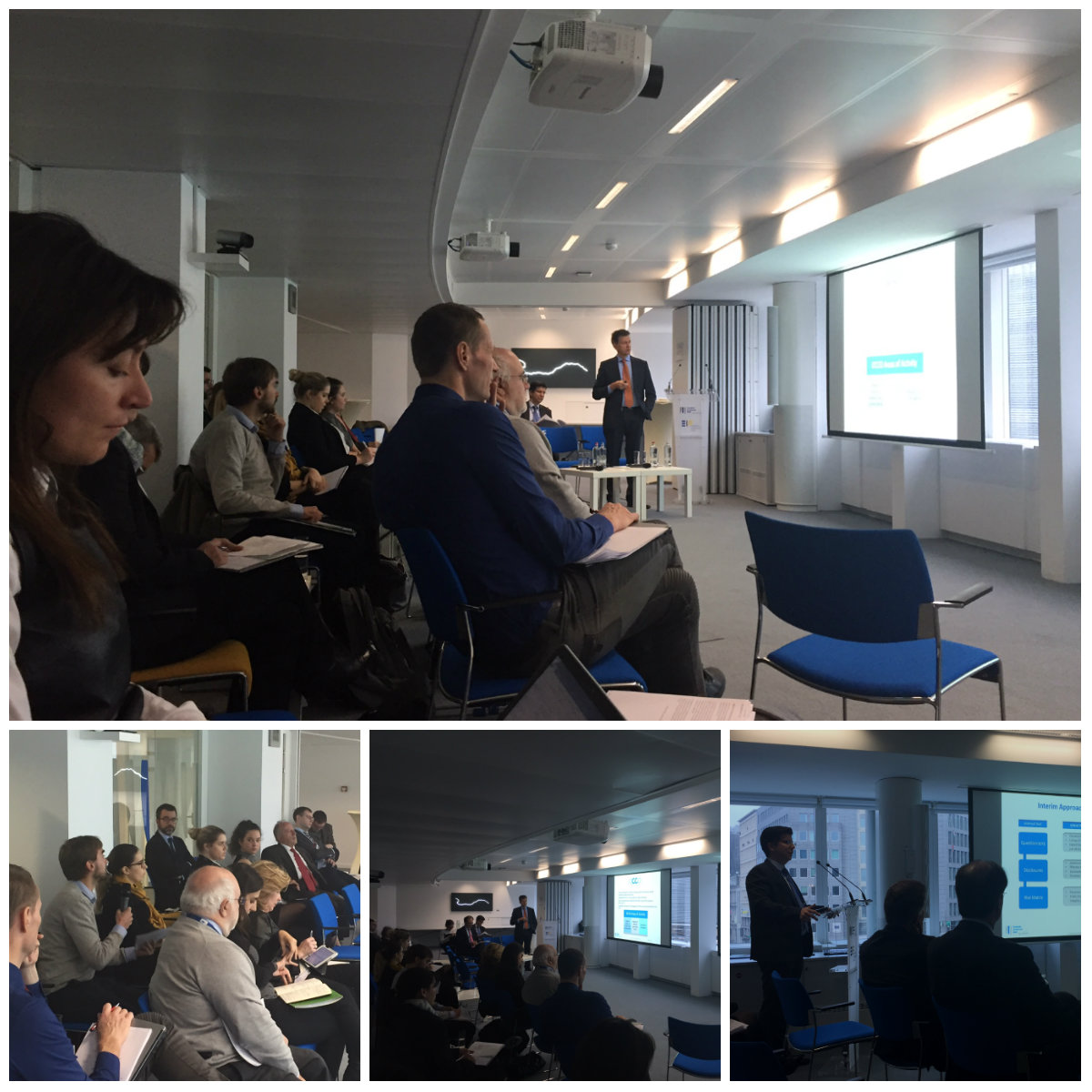 The aim of this seminar was to give a detailed understanding of the EIB Policy towards Weakly Regulated, non- transparent and uncooperative jurisdictions” (NCJ Policy) and the Interim Approach to the NCJ Policy adopted by the Board in January 2017 (Interim Approach). It attracted a good mix of civil society organizations with many diverse interests, European Institutions and international, as well as, bilateral financial institutions.

The seminar was opened by Head of Civil Society Division Hakan Lucius, followed by the presentation of the Group’s Chief Compliance Officer (GCCO) Gerhard Hütz on Bank’s business model and compliance function.

The Bank’s compliance team gave a detailed presentation of how the EIB implements its policy. They explained the methodology, tools and approach to tax due diligence on operations in the Interim Approach, illustrating it with two case studies. Then, based on the lessons learned from the Interim Approach, they elaborated further on and presented key challenges in revising the Bank’s NCJ Policy going forward.

These presentations allowed EIB’s stakeholders to better understand the reality of the Chief Compliance Office’s work. They led to a constructive dialogue and valuable discussions between the CSOs and other stakeholders with the Bank’s compliance function. The participants acknowledged and commended the Bank’s extensive tax due diligence efforts, particularly in view of the changing international and EU tax good governance framework.

The CSOs also asked questions about the impact of the EU list on the Bank’s operations, whether the Bank would stop activities in listed jurisdictions, how this would impact the local population, and called for more transparency, including public disclosure of beneficial owners and their tax affairs.

The GCCO explained that the EIB Group relies on and conforms to the lists of non-compliant jurisdictions and country assessments produced from time to time by lead organisations (the European Union (EU), the United Nations and international standard-setting organisations including the International Monetary Fund (IMF), the Financial Stability Board, the Financial Action Task Force (FATF), the Organisation for Economic Co-operation and Development (OECD) and the Global Forum on Transparency and Exchange of Information for Tax Purposes) and that the EU list, once adopted, will be automatically incorporated in the EIB policy framework, prevailing over other lead organisations’ lists in case of conflict, as per the Bank’s current NCJ Policy. The GCCO further explained that the Bank looks favorably at operations where the counterparty is located in the same jurisdiction in which the project is physically implemented in order not to penalize the local population of listed jurisdictions. While the Bank fully supports tax transparency, it is bound by applicable legislation and welcomes the evolution of tax transparency standards and legislation aimed at establishing a level playing field.

Finally, in view of the presented lessons learned under the Interim Approach and tax good governance developments including the EU list, the participants were invited to provide opinions and follow-up contributions on the revision of the NCJ Policy by year end.