One last moment, one last push. All or nothing.

In my dream, the myth ends differently.

In my dream, the son of a young slave girl and his father are captured by King Minos on the Isle of Crete. The father, Daedalus, is forced to build the labyrinth to imprison the Minotaur, his own flesh and blood. The labyrinth is a perversion of Daedalus’ enormous talent, with its endless twists and turns designed to hide away a terrible truth. But would any despot be safe if their sins were exposed in plain sight?

In my dream, Daedalus and Icarus want to escape from Minos’ tyranny. So Daedalus builds his own dream. I can see Daedalus as clear as day, with his gaze fixed on the sea, which is close but inaccessible, through a little barred window, wondering how to escape from an inexorable fate. His heart weighs heavy to see how his son’s skin grows thinner and transparent for want of light, how his hair grows brittle and his lungs stagnate, how his muscles waste away in the workshop, unable to play, unable to laugh in the sun.

In my dream, Daedalus is contemplating a fixed point in the distance when his view of that longed-for beach is blurred by something: a fluttering that sways in the wind, a cry of freedom that reverberates around the walls of the prison. It is brief and ephemeral, like all ideas. It has passed before everybody’s eyes, like all ideas. But nobody else was able to grasp it, or perhaps nobody else had the courage to. Like all ideas.

In my dream, Daedalus searches amongst the materials that are available to him, finding only what others deem to be rubbish: dry branches, string, feathers, the wax from candles he uses by night to illuminate the ever-more-complex tasks demanded of him by the tyrant.

In my dream, Daedalus is bent over his workbench. Splitting, measuring, tying, sticking. Stretching and forming with his hands. Trying, testing, attempting. Failing and failing and failing again until his brain has moved to the very tips of his fingers.

In my dream, Daedalus finally manages to define the gentle, incomprehensible curve of the wings of a bird. The perfect imperfection of nature, trapped in a structure made of cast-offs. The impossible comes to life at the altar of tenacity and effort.

In my dream, Daedalus tries his wings, and is astonished to find that they work.

In my dream, Daedalus and Icarus escape from the cell and climb to the very top of the tower where the king holds them captive, and now the scraping of leather boots on the stone steps is no figment of his imagination, but very real. The bronze edges of the spears are thirsting for blood, and furious cries ring out. Leather, bronze and noise: everything you would need to end two lives, or to drag them back to slavery and captivity.

In my dream, Daedalus hesitates on the stone battlements, looking down at the yawning abyss beneath them, suddenly doubtful of his art and of his science. The rocks against which the sea crashes stare back at him mercilessly, defiantly. Jump if you dare, they seem to say. Others greater than you defied their own nature, and it was the crabs that cleaned away their remains from us.

In my dream, it is Icarus who pushes Daedalus. Icarus, born of a slave girl, who never knew any life but captivity, who never drew a single breath of air that belonged to him, says Enough. The soldiers can nearly touch the feathered wings with their greasy fingers, deathly promises in their empty eyes. One last moment, one last push. All or nothing.

In my dream, the cries of fear of father and son melt into one as they drop to their doom. The time it takes for the wind to fill the wings is the measure between terror and joy, between shock and amazement. The faces of the guards turn into rapidly vanishing dots as the two fugitives rise above the land, arms stretched out, flying to their freedom.

In my dream, there is no pride, no arrogance. In my dream, Icarus flies towards the sun, but never gets too close, its rays never melt the wax of his wings, and his father never has to lament his ingenuity nor his own longing for freedom.

In my dream, these images—black and empty—come and go in a heartbeat, vanishing from that corner of our eye where we sometimes glimpse Death walking by our side.

In my dream, I know the truth. I know that the tyrants who enslave us, who chain us down in the tops of their towers built by our toil, are real. Over the decades and the centuries, they have ensnared us in dependency. And it is neither insolence nor arrogance, neither pride nor foolishness to dare to build a future, to jump out of the tower to find a new kind of freedom.

In my dream, the answer is to fly as close to the sun as possible. One day I cast my eyes over a landscape close to Ouarzazate full of glittering wings, and I knew that I was not the only dreamer. 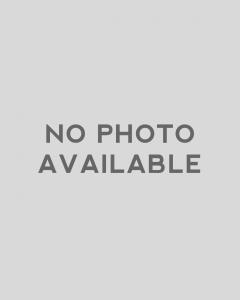 Juan Gomez Jurado is one of Spain’s best-selling authors. His first novel, the thriller “God’s Spy,” was controversial for its portrayal of a priest as a serial killer. He has won literary prizes for subsequent thrillers and authored a book for children. He’s an influential journalist, penning a column for ABC, one of Spain’s main national newspapers, and hosts a daily radio show. Join the hundreds of thousands who follow him on Twitter @JuanGomezJurado or visit his website. For the Ouarzazate project, Juan writes about a dream, infusing it with the urgency of one of his thrillers, and remaking an ancient myth to signal the inspiring future unfolding in the Moroccan desert.

Álvaro Arbina Diaz de Tuesta is a young Spanish writer of historical fiction. His first novel “La Mujer del Reloj” is set during the Napoleonic invasion of Spain. The novel has an interesting structure, as does Alvaro’s piece here, a beautiful and emotional response to the Noor project in Morocco. Alvaro puts the solar project into the context of the energy that surrounds us in the world and that ultimately all of us share. That energy, he seems to tell us, is just as much between people as it is between the sun and the earth. Send him your energy @alvaro_arbina on Twitter.

Dreams have always played a big part in Bebe Vios’ life. She began dreaming when she was a young girl and she has never stopped. She was five years old when she started to fence and she was only eleven when she contracted fulminant meningitis. Her arms and her legs were amputated, but this didn’t stop her. Instead of the Olympics she started thinking of the Paralympics. She trained in a wheelchair. And she won.

Liz Jensen is a best-selling British writer and fellow of the Royal Society of Literature, several of whose acclaimed novels are concerned with climate change (“The Rapture” and “The Uninvited”). Her piece “Courage is Fear that Has Said its Prayers” is a probing examination of Liz’s response to climate change that poses questions for you, the reader, to ask yourself. It’s erudite and poetic, while also showing the scientific understanding that grounds Liz’s sci-fi novels. Read more about Liz.