Vasyl Tsvyk thinks his artisanal goat cheeses can compete with big, streamlined producers in Western Europe. He’s counting on his partners for help: 2 700 French Alpine and Saanen goats.  Along with the goats are French dairy experts, processing specialists and consultants.  “Ukrainian farmers have learned how to make cheeses that are just as good as European ones,” he says confidently.

Tsvyk owns Tetiana 2011, a farming, horticulture and milk company located 100 kilometres outside Kyiv. Tetiana stands out from the hundreds of dairy farms in Ukraine in one key way – its cheeses and dairy products are made of goat’s milk. Goat’s cheese is a fairly new concept in Ukraine, and it makes some people hold their nose.

“There is no consumer culture, or at least it is rather poor,” Tsvyk says, adding that the industry also lacks experts to evaluate farms or products made from goat’s milk. When the company started producing goat’s milk six years ago, it had to send its dairy hands to France for three-month internships so they could learn the trade.

“Our equipment is from Switzerland, our goats are from France,” Tsvyk says, “and we needed to know how to use the best techniques of European countries.”

Tetiana markets its goat cheese and other products under the brand Zinka, a typical name Ukrainians give to goats. Zinka is widely marketed and distributed in well-known supermarket chains across the country. “Despite the old-fashioned roots of its name, the business is more connected to modern Europe and its experience in industrial goat farming,” Tsvyk says.

Tetiana also participates in goat farming expos in France and is quite well known throughout the industry in Europe. In 2020, the firm received a UAH 10.7 million (€300 000) loan from Oschadbank, a domestic bank working with the European Investment Bank in Ukraine.

Tetiana combines European dairy production methods with rich Ukrainian agricultural land, while also taking into account cultural differences. After learning much from Western Europe, Tsvyk is adapting his production to the Ukrainian market. He has become somewhat of an expert on differences in French and Ukrainian husbandry, which makes him an authority on the marketing of goat milk products in Ukraine.

For example, he says that it’s hard for a French farmer to understand why someone would produce 15 types of fermented dairy products and 20 types of cheese. In France, a dairy farmer usually only sells two or three types of cheese, milk and yogurt.

The market in Ukraine is much more fragmented, as is the production, Tsvyk says. “Here everything is done in a Ukrainian way – there is a mill here, there is a cheese factory here, and there is something else there,” he says, joking about how his operation contrasts with the more homogenized French organisational style.

He says the market for goat’s milk products is still developing in Ukraine, and that his company needs to provide a wide variety of products so that customers can decide what they like the best. The company may slim down its offering to only two or three cheese in the future. It’s already becoming clear which products are leaders, he says.

The industry also faces particular challenges in Ukraine, such as local tastes, which are very different than French tastes. In Ukraine, goat’s milk suffers from a number of preconceived notions, such as a peculiar smell. Although goat’s cheese is more discreet than many French cheeses, getting Ukrainians used to the idea of smelly cheese will take some time.

“When camembert has a strong ammonia smell, our consumers turn their noses up claiming that the product is spoiled,” Tsvyk explains. “At the same time a French person would say – this is just the taste I have been looking for!”

While it is fast growing, Tetiana is still relatively small, employing about 80 people. It is also family run, with Tsvyk’s mother and father working at the firm, and his daughter helping out during school holidays.

The firm’s loan from Oschadbank is part of a bigger effort to increase lending to small and medium-sized enterprises (SMEs). The EIB Group signed an agreement with Oschadbank in 2017 to guarantee 70% of the loans the bank makes to small businesses, which typically are riskier. In addition to providing new funds for small firms, the agreement also enables Oschadbank to provide loans on favourable terms with reduced collateral requirements.

“These loans were in great demand due to their attractive conditions compared to conventional loans,” says Natalia Butkova-Vitvitska, head of Oschadbank’s lending to micro-sized, small and medium enterprises.  “The cost of funds is of great importance for micro-sized and small enterprises.”

The agreement, part of the EU4Business initiative, will support about €50 million in lending to Ukrainian small businesses. “The European Union is committed to enhancing private sector development and growth in Ukraine,” says Frederik Coene, head of cooperation at the EU delegation to Ukraine.

“Support for SMEs like Tetiana 2011 is one of the EIB Group’s priorities, as by financing them we are boosting economic growth, innovation and employment in Ukraine,” says Luca Ponzellini, deputy head of the EIB division for Lending Operations in EU Neighbouring Countries.

“Our plans are very ambitious in all three areas – production, processing and sales,” he says. “I also want to create an effective association of goat breeders to promote products and spread the goat milk culture in Ukraine.” 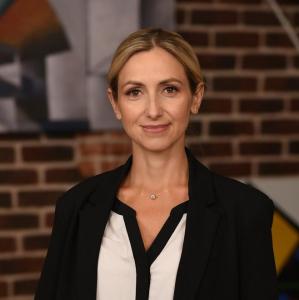 Olga Sushytska is a communication consultant for the European Investment Bank in Ukraine.