By Lilianna Bogusz, Director of the Polish Ministry of Investments and Economic Development’s PPP Department

For many years, the development of new infrastructure in Poland has relied heavily on EU structural funds. In anticipation of the significant changes expected in the next funding period, Poland has turned once again to look at how private finance can help meet the country’s sustainable development priorities.

Looking across Europe, we know that the most successful Public-Private Partnership (PPP) programmes happen where the government has demonstrated a clear commitment to the PPP model. The Polish government is therefore gradually introducing consistent and transparent legislative and institutional changes to encourage market confidence and improve investor participation. We hope that successful implementation of these reforms will establish a high quality PPP programme, creating a new and exciting Poland PPP market.

As industry experts will be aware, PPPs in Poland have had a difficult and complicated history. Many early projects were done in isolation, with bespoke legal agreements and limited lessons for future projects. A new PPP law in 2005 should have provided the coordinated impetus for more activity, but results were disappointing. Further changes in 2008 and 2009 also had limited impact. Then, like the rest of Europe, the appetite for committing valuable fiscal resources to infrastructure decreased significantly during the financial crisis, acting as a further brake on PPP development.

Whilst low-value concessions remain popular at local level, Poland still struggles to procure large value PPPs in key sectors, despite the infrastructure backlog common to many EU countries. A notable exception was the Poznan Waste Incinerator PPP. With total investment costs of €190 million, it successfully reached financial close in 2013. The Poznan project has a further accolade in being one of the few examples of successfully blending EU funds within a PPP structure. The European PPP Expertise Centre (EPEC) produced a case study on the project in 2012.

Poland continues to believe there are benefits to transferring some public functions to private entities. In 2016, Poland started a process of identifying the key obstacles effecting Polish PPP market development and making proposals to overcome them. With the support of external advisors and relevant experts (including the EPEC team in the European Investment Bank), it became clear that the lack of a clear policy for PPPs was holding back progress. This was particularly true of institutional and legal frameworks to support PPPs.

After completing an extensive consultation process with relevant stakeholders, the Polish government introduced a comprehensive set of reforms with the aim of increasing the number of PPP contracts to be signed within the next few years.

The Polish Council of Ministers adopted the Policy for the Development of PPPs in July 2017.  The development, consultation and publication of this easy-to-read policy paper is a clear declaration that the Polish government supports PPPs. The main messages are that there is a high need to invest in public infrastructure, with a stress that this should be both innovative and effective. Further the paper stresses that utilising the experience, knowledge and financial resources of the private partner is key to delivering on our development objectives. As a first concrete step the government adopted amendments to the PPP Act to increase its functionality and eliminate some of the barriers to implementing projects identified during the consultation process. In addition, the key roles and activities of a PPP Unit, such as advice and approvals, would be concentrated in the Ministry of Investments and Economic Development.

Today, the Ministry provides educational activities and a comprehensive advisory service for public authorities on all aspects of PPPs. Following the example of the UK and other PPP experienced countries, Poland is working on PPP Guidelines to standardise and improve the quality of many aspects of the PPP process. The first part on PPP Project Preparation was published in September 2018. This will be followed by a second part focusing on the private partner selection process and part three will establish a standard PPP contract by the end of 2018.

These guidelines have benefitted from extensive comments and advice from many external parties, including the EPEC team, which contributed their knowledge and experience. As a result, the Guidelines will firmly embed international best practice in our future PPP projects.

The reaction of the PPP market and of the media to these policy changes has been very positive. But clearly the most important thing is that projects come out from this.

Already a new pipeline of PPP projects is being prepared at the central government level. Four sections of expressway have already been announced, which, subject to the views of Eurostat with regard to their public debt impact, will bring at least four large PPP transactions worth over € 2 billion to market within the next two years. We hope this is just the beginning. 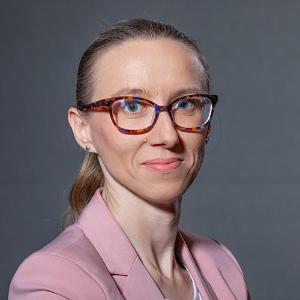 I am Director of the Public Private Partnerships Department in Poland’s Ministry of Investments and Economic Development, acting as the country’s Central PPP Unit. After being involved for many years in PPP transactions on behalf of an international consultancy firm and a private construction company, I am now taking on the challenge of implementing governmental solutions to enhance PPP market development in Poland.

Ecommerce grew during the pandemic as locked down consumers ordered online, setting up a Polish robotics company for a success that could foster a Warsaw innovation hub