When Peter Carlsson imagines what Europe will look like in 10 to 20 years, he sees roads lined with cars and trucks no longer burning fossil fuels.

Northvolt, a Swedish company Carlsson started, is taking a crucial step into that future by building one of the world’s most advanced battery factories. “Renewable energy storage is the key to a carbon-neutral society, and batteries are the key to getting there,” says Carlsson, a former executive at Tesla, the US electric car company.

As electric vehicle production rises rapidly, manufacturers in Europe and other parts of the world rely mostly on batteries imported from Asia, in places like South Korea, China or Japan. Northvolt hopes to change this.

Carlsson wants to create a EUR 4 billion lithium-ion battery factory in Skellefteå, northeast Sweden. The plant will employ up to 2,500 people and have annual battery production of 32 gigawatt-hours by 2023.

While building its gigafactory, as Northvolt calls its big plant, the company will also build a demonstration plant in Västerås, near Stockholm. There, Northvolt’s industrial partners can test the batteries. Construction on both plants will start this year.

The European Investment Bank approved a €52.5 million deal this month to help Northvolt build the demonstration plant. The loan is part of the bank’s InnovFin program, which funds research and innovation projects across Europe.

“Lowering the price of batteries and securing their production in Europe with the use of renewable energy are essential factors for the continent, and Northvolt plans to help us do all of this,” says Antonello Locci, a lead economist at the EU bank.

Carlsson came up with his idea for a battery factory about two years ago, while looking for a new green venture that could use his supply-chain experience. He moved home to Sweden in 2017, after more than half a decade in Palo Alto, California, working with Elon Musk, the head of Tesla. Carlsson, who began his career at the telecommunications firm Sony Ericsson in Sweden, was the global head of Tesla’s supply chain. He helped the company launch its popular Model S electric car.

Sweden is a good location for Northvolt, because it has essential raw materials needed for battery production, such as graphite and nickel. It also has a lot of inexpensive hydroelectricity, and there are many modern ports to export batteries across Europe and beyond. The company even hopes to recycle old batteries, cutting down on the need for other minerals, such as cobalt.

Combustion engines and the environment

Northvolt should be helped by the recent problems with diesel emissions, says the EIB’s Locci. “The diesel emissions scandals have shed a further negative light on the capacity of combustion engines to respect environmental standards,” he says. “But the success of electric vehicles will depend on the pace at which advanced batteries allow car manufacturers to offer vehicles that can cover the same distances as combustion engines.”

Maroš Šefčovič, the European Commission vice president in charge of energy policy, says there are big economic benefits to supporting companies like Northvolt, because the battery market could be worth many billions of euros in the near future.

"Batteries are a strategic component of European competitiveness,” Šefčovič says, “and to capture a new European market worth €250 billion annually as of 2025, we need to act fast.” 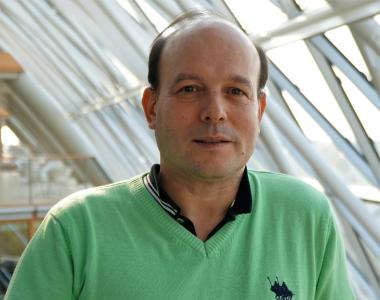 I work at the European Investment Bank. I write about the Bank and how it improves people’s lives in Europe and beyond.