What is venture debt? Venture debt is a loan to an early stage company that provides liquidity to the business for the period between equity funding rounds. All your questions about venture debt, answered by its pioneer at the European Investment Bank.

What is venture debt?

Venture debt is a loan to an early stage company that provides liquidity to a business for the period between equity funding rounds. Venture debt is rarely used as a long-term financing solution. Typically, these loans are repaid within a period of 18 months or sometimes up to two-three years. Most often, private venture debt providers (funds or banks) expect to be repaid from the proceeds of the next funding round. However, venture debt providers stay very closely linked to venture capital investors and it is not unusual to see a being provided with such loans multiple times during its development.

How long has venture debt been around?

Venture debt first appeared in the 1960s and 1970s in California. It was mostly used as leasing for machinery, then. This was way back when Silicon Valley was actually about silicon and chip production and startups needed to buy expensive machinery. Then in the 1980s, the Silicon Valley Bank and other private funds started providing venture debt to companies in order to give them a break from having to constantly raise new rounds of equity, which is very time consuming for businesses, as well as dilutive. As the venture capital business started to pick up and more and new players entered the start-up scene, more boutique banks and small funds started providing small loans to early stage companies. The product moved from an instrument used to finance assets to more like what we have today.

How big is venture debt in Europe?

It is difficult to be precise here and what we know today is based on few internal and market studies as well as anecdotal evidence. We estimate that in Europe, venture debt represents about 3% of the annual venture capital transactions in terms of amounts. In the US, by contrast, studies put this figure at  about 15%.

What’s special about venture debt from the European Investment Bank?

We see venture debt a bit like a student loan for a young company that has started its journey, completed its early education and is now ready to take the next step. Like students, such companies typically have no assets or history of returns and banks lend to them primarily expecting repayment from their potential future earnings.

At the European Investment Bank, we want to see innovative companies backed by good equity investors, managed by capable teams, and addressing market failures or showing good prospects. We take a long-term view. When we lend, we want to see that we will be repaid from business proceeds and we are prepared to stay with our clients for periods of five, seven or more years. This is different from most other venture capital investors, who typically want to be repaid within one to three years. We are patient investors who want to support a company’s long-term growth.

What is the difference between venture debt and venture capital?

Venture debt is an addition to venture capital. Venture capital is an important building block for new businesses. You need people driven by the right financial incentives, or “skin in the game” - founders and investors who are owners of a company who provide capital but also knowledge. Venture capital involves active investors who not only buy stakes in companies, but also advise them, and help them build businesses that are fit for purpose using their experience from working with other similar companies.

Venture debt doesn’t do all that. It comes on top, as a sweetener. When we trust a company, its management, its product, the other investors, the founders, and so on, we can provide a loan to help grow the business and reach its next milestone faster. The next time they go to the market to raise more money, they will have something more to show. This does not dilute the original investors and the founders. When we lend venture debt, we don’t become shareholders or get involved in the management of the businesses. The founders and the early investors can grow without having to immediately give up ownership to outside parties.

Does the European Investment Bank work with venture capitalists?

We find more than 50% of our deals through venture capital funds. They come to us and say, “We’ve invested in company X and now we want help to support them.”  They come to us, because they know we are a reliable partner who does thorough due diligence. Our commitment as a patient investor is also an additional sign of approval, something that improves the prospects of the new venture.

What does the EIB look at when considering a venture debt deal?

Venture capitalists look at the team, their history of success, the specific knowledge of the company. They look at the market, the resources that the company has and the challenges that they might face in terms of finding the right people, demand, scalability and so on. Venture capitalists need to consider their potential returns and how they can control the investment, because that is their protection. We do the same analysis, but we’re an EU institution, so we are interested not only in the economics of the deal but also its policy impact. We evaluate the technologies or undertakings presented to us through the prism of the EU’s innovation and impact objectives. It is an extra layer of due diligence which is usually appreciated by the companies because a loan approval from the European Investment Bank is seen by others in the market as an important vote of confidence.

What are the advantages of venture debt?

The advantage of venture debt is that, for companies with a clear idea of their development path, it provides the resources to invest in their business and grow without the need to constantly fundraise and sell parts of the company to third parties. The management can focus on business development rather than constant fundraising. Also, using venture debt doesn’t spark the addition of another person on your board who could have another set of objectives. When early stage companies get equity investment, it is not only about the money but about what else investors can bring to the table. Venture debt allows you to get extra firepower without disturbing the balance of relations with existing investors and without diluting their holdings. It benefits the original founders and the early backers of the companies the most.

How does a company’s business benefit from venture debt?

Venture debt also gives a company more time to develop before its next funding round, when some investors might choose to exit, new investors come in, or the company is listed on a stock market via an initial public offering. The more time a company has to develop between funding rounds, the more chance it has to add users, record more sales, open more offices, hire more staff. Successful early stage businesses can see exponential growth, so if they can hold off from having to raise more equity they can greatly increase their valuations.

Does venture debt have any disadvantages?

What kind of companies can benefit from venture debt?

Venture debt is available on the market to all kinds of start-up companies, but the European Investment Bank provides venture debt only to innovative companies that have already passed one or two funding rounds with private investors. We are a public sector lender and our strategy is to support technologies and innovations that are in-line with the EU’s long-term strategic goals. Half of our venture debt portfolio of about 200 companies is involved in biotech and life sciences, a quarter is in software security and artificial intelligence. The rest is primarily in industry 4.0 sectors like robotics and new materials. Any type of early stage company can apply, but the key for us is innovation. In the coming years, we expect to see more companies in sectors related to the green transition.

Could my company benefit from an EIB venture debt loan?

To benefit from an EIB venture debt loan, a company must be able to demonstrate that it is innovative, that it is planning or is already bringing something disruptive to the market, ideally in a field that is a strategic priority for the European Union. An online gambling website is not something that we would fund, but if you have a business investing in innovation at an above-average rate in an area within the EU’s current strategic objectives e.g. green and circular technologies, artificial intelligence, industry 4.0, life sciences and biotechnologies, aerospace and new materials.

Another criteria is that we can only make venture debt loans to companies that have already raised at least one or two rounds of funding from private investors. This is very important to us because the EIB is not interested in telling companies how to run their businesses. We want to be able to rely on the companies in which we invest and their own governance structures. Many of the companies in our venture debt portfolio have previously worked with funds backed by the European Investment Fund, for example.

Lastly, the European Investment Bank’s policy is to finance no more than half of a company’s investment plan. Companies have to be able to show us where the rest will come from. That doesn’t mean that the money has to be committed when they approach us, but a company seeking a venture debt loan from the European Investment Bank will have to demonstrate that it has a good idea where the rest of the money will come from. This is to insure that our participation in the financing of a company’s undertaking does not push away private capital. We also ask companies to show us that they have skin in the game commensurate to the risk we are taking on. This means that the economic interest we are asked to take in a company is proportional to the economic interest of the people who are behind it.

What is the interest rate on a typical venture debt loan?

While venture debt is a loan, the lenders usually take much higher risk on their investments than a typical bank would do, when lending to an established business. Therefore, the price of this form of financing is usually higher than a normal loan. However, venture debt financing is also more beneficial to the company’s original investors and founders, compared to equity financing where they usually sell part of the business and all the future earnings and benefits associated with it.

There is no single standard venture debt pricing mechanism on the market. Typically, lenders achieve their target return through a combination of regular interest payments, delayed interest payable at maturity, different forms of fees, equity kickers, and other forms of earn outs that allow the venture debt provider to participate partially in the success of the business they support. The relationship between these pricing elements is determined mostly by the type of business and its prospects. Most often venture debt loans carry some small regular interest rate payment, require some fees to be covered at a given time, and also require the company to devote some small portion of stock options to the venture debt providers. 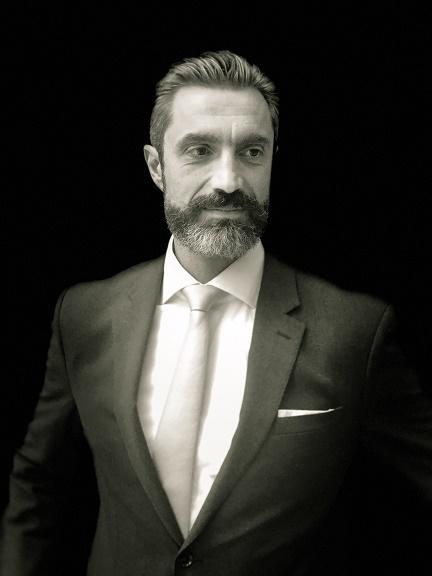 Africa venture capital fund managers came together to figure out how to adapt the market to the needs of the continent. Here are their key takeaways