Karolina and Sebastian shared a flat with their parents until their son Szymon was born. They needed more space, but they couldn’t afford high city rents. After a one-year wait, they were overjoyed to move into a two-bedroom flat in a new neighborhood of affordable housing called Strzeszyn, north-west of Poznan.

Sudden sunshine breaks through the clouds as Karolina and Sebastian join 71 other households to receive their keys from Poznanskie Towarzystwo Budownictwa Spolecznego, the local affordable housing company.  “We are over the moon,” says Karolina, as she enters the new flat. She shows the keys to Szymon, who will have his own room in the new flat, and cheers: “Now we are here.”

This is just the beginning for Strzeszyn. In a few years, the housing estate will feature 1 100 flats in similar four-storey blocks–a major addition to the affordable housing company’s current portfolio of over 3 000 flats.

“Affordable housing” is aimed at people whose income is too high for them to be entitled to social housing, but too low for them to buy an apartment on the free market. Because it addresses social imbalances and fills a market gap, the European Investment Bank is financing Poznanskie Towarzystwo Budownictwa Spolecznego with a loan of PLN 147 million (€34 million).

The long-term, low-rate loan is backed by the European Fund for Strategic Investments, which the European Investment Bank operates as part of the EU’s Investment Plan for Europe. It’s the first time the EU bank has directly financed a social or affordable housing company in Poland.

“So far, we had been supporting similar projects in Western Europe, less so in Central and Eastern Europe, but thanks to a better regulatory environment we can now offer our help in this region too,” says Vasco Amaral Cunha, a loan officer at the EIB. The rest of the financing comes from the City of Poznan, the company’s own funds and the participation of future tenants.

“The flats handed over today are for different types of families with low to medium budgets,” says Andrzej Konieczny, chairman of the affordable housing company. “They include seniors, families with children, youngsters. More than half are two-bedroom flats, but we have also studios and three-bedroom flats. The block has a crèche, a kindergarten, a playground for kids and parking spaces for the disabled.”

Poznanskie Towarzystwo Budownictwa Spolecznego was the first social and affordable housing company established in Poland after the fall of Communism. It was created in 1995. “We have built a lot of experience over time,” Konieczny says. “When the national housing fund stopped financing, we looked for alternative funding sources and became aware of the European Investment Bank.”

Poznan is the fifth-largest town in Poland with 550 000 population and one million people living in the wider urban area. It has a tradition of entrepreneurship, trading fairs (Targi Poznanskie) and universities, with 120 000 students.

“Our goal is to make Poznan an attractive centre, where people on all budgets can call the place home, commute easily and enjoy a level of municipal services that is both modern and ecological,” says Grzegorz Ganowicz, chairman of the City Council.

Leonika Drost, a tenant in the new flats, was even longer on the waiting list than Karolina and Sebastian. ”I waited for a year and a half since application,” she says, “but really I have been longing for fifteen years for this moment. Until a few years ago, the city would not build so many flats or would just address the basic needs of students and pensioners. Only recently construction started again on a wider scale.”

For Leonika, who works at Poznan University, life in Strzeszyn will mean a different commute and new neighbours, but she welcomes the change. “Living here is so much better,” she smiles. 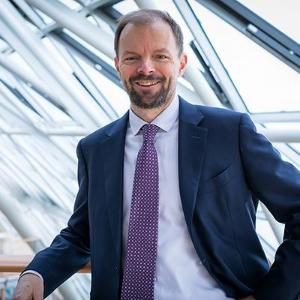 I head the European Investment Bank’s Story Development Unit. It’s a great story to tell—about projects that make a real impact on the lives of EU citizens.

A Namibia affordable housing scheme shows the way for green projects in the developed world – and provides reasonably priced homes to workers there and in Botswana.

In Ireland social housing gets a boost with financing from the European Investment Bank, the EU bank, and transforms the lives of people priced out of the rental market