Maria Kapoula joined Systems Sunlight only two months after the factory in Xanthi was badly damaged by a fire. “Everyone had a ‘can-do” attitude,” says Maria, who is a mechanical engineer. “After the fire Systems Sunlight did even better.”

The Greek economy is getting back on track after years of crisis, though unemployment is still high. “I had some luck,” says Maria. “The most important thing is to find a company that believes in you and then grow with the company.”

At 43, Maria is a supervisor in Systems Sunlight’s industrial and product development area, one of two female engineers working on lithium batteries.

Systems Sunlight’s  lithium battery R&D is backed by a €12.5 million loan from the European Development Bank, the EU bank, which aims to support innovative companies across Europe.  Sunlight engineers like Maria are developing smart batteries (called Li.on Force) that are intended for use in off-road electrical industrial vehicles and energy accumulators.

The batteries can be monitored remotely with usage data stored in the Cloud, Sunlight can have bidirectional communication 24/7 – with these batteries, says Maria. “Most important of all, if the battery has a problem and you are far from home, we can help, always.”

Maria’s job is one of millions created across Europe with the support of the European Investment Bank, the EU bank.  By 2021, investments signed by the EIB Group in 2017 alone are expected to have raised EU GDP by 1.1% and to have created 1.2 million jobs. Even in 2036, there will still be a 0.7% increase in EU GDP as a result of the EIB's 2017 investments, as well as 650,000 extra jobs. Jobs like Maria's. 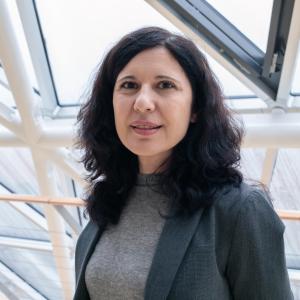