The islands of Rhodes and Crete are two of the most developed Greek islands. However, the school buildings currently operating there are insufficient to meet the needs of the students. The result: many hundreds of students have their classes in inappropriate prefabricated structures. The European Investment Bank has been working closely with the Greek authorities to deliver better facilities and learn lessons for the future.

With this in mind, in September 2017 and in October 2018, the Greek Inter-Ministerial PPP Committee approved two Public-Private Partnership (PPP) projects bundling eight schools in the Cretan Municipality of Chania and 13 schools on the island of Rhodes. That’s a significant impact on the lives of a great many young people.

Greece schools PPPs and the EIB

PPPs are not new in Greece. The country has a long history in the development and implementation of PPP deals. Since 2009, 13 PPPs have reached financial close from fire stations and transport, to justice, rural broadband, waste management and of course education.

The EIB has already played a significant role in the education sector in Greece. In 2012, the structuring and financial closing of two school PPP projects, including 24 schools, presented a significant challenge due to the economic crisis. The EIB mobilised the EU financial engineering instrument JESSICA, alongside its own lending, to restore the economic viability of the project. Within a total investment cost of €110million, JESSICA provided € 35.8 million alongside EIB financing of € 35.8 million.

The projects eventually reached financial close in 2014 and the 24 schools are now operational. User testimonials have been unanimous in their praise for the quality of the educational facilities. They are the best public schools in Greece and meet all the key objectives of the projects, including:

Greece schools PPP into the future

The goal of the Greek PPP Secretariat is to build on the positive experience provided by these 24 school PPPs and to enhance the PPP framework to successfully procure more priority PPP projects, in the education sector and beyond.

Recognising the need to utilise international best practice, the PPP Secretariat has been proactive in supporting regional and local authorities that wish to combine innovative financing structures such as the one used for the schools PPP projects. To help learn lessons for the future, the EIB, led by the European PPP Expertise Centre (EPEC), has been working closely with the Greek PPP Secretariat at the policy and project level. Supported by funding from the European Commission’s Structural Reform and Support Service, EPEC recently carried out a review of PPP processes and institutional arrangements in Greece, as well as a review of EU approaches to value for money assessment and affordability, which might provide suitable exemplars for Greece in future. At a project level, the EIB is also providing advice and technical assistance to the Greek PPP Secretariat, again supported by the Structural Reform Support Programme, to improve value for money methodology and develop standard school PPP documentation.

The Greek PPP school projects proved they add value and provided lessons for all stakeholders. They have kick-started a learning, innovation and self-improvement culture in the Greek public sector and provided the potential for successful replication for future projects. Both the public and the private entities that took part in the process of creating the unique financing structure achieved in the 24 schools have gained valuable experience in coordinating with the EIB. Their learning curve is already evident in the rest of the projects. The new schools PPP programme is closely linked to the continuous efforts to improve delivery of public infrastructure and services in Greece. 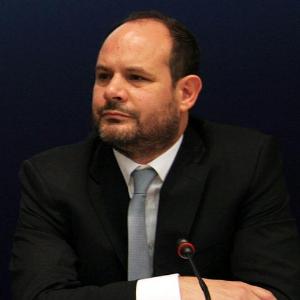 Nikos Mantzoufas has been Special Secretary of the PPP Unit in Greece since 2009. During this time, 12 PPP projects totaling €758 million were signed. He is president of the Joint European Support for Sustainable Investment in City Areas (JESSICA) Investment Board in Greece for investments in sustainable development projects amounting to €300 million.

COVID-19 schools closures and the switch to distance learning left many children behind. Digital education tools could help them catch up and bridge the learning gaps created by lockdowns and other disruptions.