Back in 2018, we asked Peter Carlsson, chief executive of Swedish battery innovator Northvolt, what he imagined Europe would look like in a decade or two. He told us he saw roads lined with cars and trucks that would no longer be burning fossil fuels.

Northvolt has taken a crucial step into that future by building one of the world’s most advanced battery factories. “Renewable energy storage is the key to a carbon-neutral society, and batteries are the key to getting there,” says Carlsson, a former executive at Tesla, the US electric car company.

As electric vehicle production rises rapidly, manufacturers in Europe and other parts of the world rely mostly on batteries imported from Asia, in places like South Korea, China or Japan. With an important collaboration deal with Volkswagen and BMW under its belt, Northvolt is confident that Europe is changing the current state of play.

Supported by a loan from the European Investment Bank with the backing of the European Union’s InnovFin programme, the company built a demonstration line of its concept in Västerås, not far from Stockholm. That factory started producing the new type of battery at the end of 2019.

But by then Northvolt was already looking much further ahead.

The next step is a lithium-ion battery factory in Skellefteå, northeast Sweden, which will employ up to 1,400 people and be a stepping stone to further battery production capacity of 32 gigawatt-hours by 2023. The company aims to ramp even that up to 40 gigawatt-hours in subsequent years.

The Skellefteå factory will be backed by another European Investment Bank loan, this time for $350 million, using the guarantee of the European Fund for Strategic Investments, part of the Investment Plan for Europe.

Joakim Palmgren and Jochen Hierl, part of the European Investment Bank project team for the financing of the first gigawatt-hours in Skellefteå, say Northvolt represents a big step forward in battery innovation and that the development of this project was dependent on the successful implementation of the demonstration line in Västerås .

Antonello Locci, a lead economist at the EU bank, says that “lowering the price of batteries and securing large-scale production in Europe with the use of renewable energy are essential factors for the automotive industry on the European continent, and the establishment of a new industry in Europe.”

Having been global head of Tesla’s supply chain, the idea for the new kind of battery factory came to Carlsson while he was looking for a new green venture that could use his supply-chain experience. He moved back home to Sweden in 2017 and got things rolling with a team of experienced partners with extensive track records in the automotive, battery and telecommunications industries.

The main reason for starting the venture in Sweden, apart from Carlsson being a Swede himself, was that: 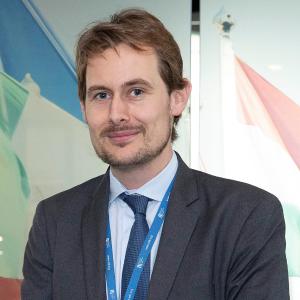 I am a Media Officer at the European Investment Bank for operations in Benelux, Nordic and Baltic countries. I write stories about how the Bank makes a difference in these countries.

The urban impact of COVID-19 has been sobering, but the mayor of Lima, Peru, sees it as an opportunity to transform the way we look at city life in favor of a green future