Schools in Porto Alegre will cut their energy costs by more than half over the next 20 years, after energy audits backed by a joint European Investment Bank-German advisory programme. This will strengthen the Brazilian city’s fiscal stability and improve the comfort of 50 000 students, who have found it hard to focus on schoolwork because temperatures fluctuate by a whopping 25°C during the academic year.

Porto Alegre is one of a number of cities in Latin America and Asia fighting climate change with the backing of FELICITY, a technical assistance programme that accelerates investments for decarbonizing cities led by the European Investment Bank and the German government’s Deutsche Gesellschaft für Internationale Zusammenarbeit.

This kind of urban climate action is important because around 75% of energy-related greenhouse gas emissions are produced in cities—and cities are getting bigger all the time. On top of this, solid waste management in cities causes methane emissions, when treated poorly. Of the $93 trillion of sustainable infrastructure that the UN estimates needs to be built by 2030, over 70% is in urban areas.

Lower future emissions will depend on this urban infrastructure’s alignment with the Paris Agreement. It’s vital that we avoid investment decisions that lock-in a destructive pathway.

Tangible benefits from climate action in Latin America and Asia

The global transformation we need in cities, however, will advance quickly enough only if low-carbon solutions provide tangible benefits to citizens at the local level. That means a range of things, from lower energy costs to less noise and pollution from public transport.

Now FELICITY is expanding to additional countries, including Ecuador and Indonesia, scouting for new urban champions and their climate action projects.

In the metropolitan area of Florianópolis, which has high car density per inhabitant compared to other Brazilian cities, FELICITY is studying the renewal of the current bus fleet with low-emission vehicles. This is an important step in understanding the real costs of replacing 450 diesel buses with more sustainable options.

The State Government is now considering tests of battery-powered electric buses or sustainable biogas buses on four of the metropolitan area’s bus lines.

In addition to reducing air pollution and noise pollution, the new system will save travel time and help users avoid changing buses several times on short trips, for which they often have to pay multiple fares.

With FELICITY’s support, the Mexican municipality of Naucalpan is planning a mechanical biological treatment plant, whose objective is to reduce the negative impact of landfilling residual waste and to generate biogas for electricity. The project would also:

These measures will be combined with reforesting the area surrounding area the plant.

Mexico City is working with FELICITY to reduce the energy consumption of buildings, focusing as a first step on 28 hospitals and 22 public administration buildings. The project offers several benefits, including the improvement of working conditions due to thermal insulation and enhanced comfort. The project also saves on energy costs and improves environmental awareness.

With the support of FELICITY, Mexico City is developing processes to significantly scale up the project to additional buildings owned by the municipality. 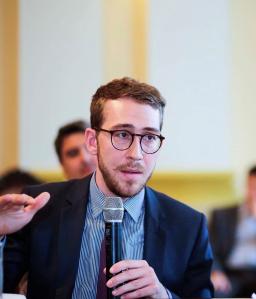 Marco Schiewe is an advisor at the European Investment Bank on secondment from the Deutsche Gesellschaft für Internationale Zusammenarbeit (GIZ).

With lessons learned over its two years of operation, the Gap Fund climate initiative aims to expand its technical assistance to as many as 40 new cities over the next year