EFSI proved to have a sizable impact on the European economy, in terms of GDP and Jobs created. The short term effect was complemented by a structural long lasting permanent effect. It is estimated that by 2040, the EU GDP will be 1.6% higher and have 1.3 million jobs more, compared to a no-EFSI scenario. EFSI also contributed to cohesion impact, it benefits particularly those hit during the financial crisis, and it also shows how the impact is interlinked – where investments in some regions can also benefit others – which underlines the true European approach that is able to take those into account.

The macroeconomic impact of EFSI was estimated by EIB economists and by the Joint Research Center (JRC) using RHOMOLO-EIB. The results are presented complementary to the EFSI evaluation, in accordance with Article 18(3)(a) of the European Fund for Strategic Investments (EFSI) Regulation.

This third independent evaluation points out that EFSI has matured over time into a mechanism generally acknowledged as effective and valuable, catalysing private investment in line with EU policy objectives. 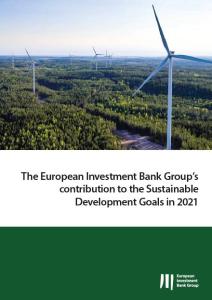