The 2022 edition of EIB’s annual high-level conference was organised in cooperation with Columbia University, the OECD and SUERF (The European Monetary and Finance Forum).

As our economies emerge from the COVID-19 pandemic, the policy focus is shifting to questions of long-term transformation: how can we accelerate digitalisation and the climate transition?

At the same time, the context is challenging. Supply chain disruptions and rising energy prices are a concern. Policy has been effective in supporting economic recovery throughout the European Union, but some countries have been hit even harder than others by the pandemic, and not all are recovering at the same pace. Progress on digitalisation and the energy transition has also been far from uniform.

This year’s conference was about how we can speed up the digital and climate transition, whilst recognising and mitigating these asymmetries. It brought together the perspectives of policymakers, academia, business and finance, as well as Chief Economists from different private and public sector institutions. 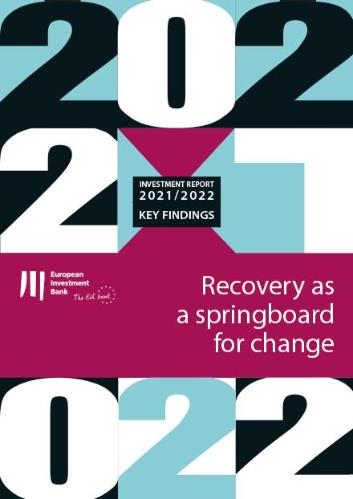 The Investment Report, issued annually by the European Investment Bank, provides a comprehensive overview and analysis of investment and the financing of investment in the European Union. The report builds on a unique set of databases and survey data, including EIBIS, an annual survey of 12 500 firms in Europe. It provides critical information for policy debates on the need for public action on investment and on the types of intervention that can have the greatest effect.

The European Investment Bank (EIB) has the pleasure to invite all interested civil society stakeholders to its annual seminar with its Board of Directors.