Ancient Greek hero Odysseus took 10 years to get home from the Trojan War. Commuters in the Greek capital are luckier, with a new Athens metro line making life better and cutting carbon emissions

Athens is a large cosmopolitan metropolis, home to three and a half million people who work, travel, and commute daily. But the constant rise in the number of commuters is straining the city’s public transport infrastructure. “There is already congestion in central stations such as Syntagma,” says Panagiotis Klimis, strategic development director of Attiko Metro, the company that develops the city metro. “As the car use in the city is also building up, the quality of service, the environment, and most importantly, commuters has worsened.”

Attiko Metro aims to tackle the problem by building a new 38.2 km metro line that will run through central Athens and its suburbs. The new driverless line, Line 4, aims to create a faster, more inclusive, and greener commuting experience. But building under an ancient and densely populated city is a Herculean task.

U-turn in the Ring of Athens

In 1869, British entrepreneurs built the city’s first metro (Line 1), connecting Athens (the Thissio station) with the Port of Piraeus. That was the only line until 2000, when Attiko Metro opened the red and the blue lines. Now, the Greek company aims to expand the city’s metro system by adding five transfer stations to the existing three lines.

The U-shaped Line 4 will comprise of two radial legs to Galatsi and Maroussi, the northeastern part of the city, as well as a central section that will run through the centre of Athens. The new line will add 35 new stations and includes five separate sections.

“We have started the construction of the first section (out of the five) that aims to serve densely populated areas and major public facilities,” says Sissy Voutiritsa, the managing director of the Line 4 project. “Section A will be 12.8 km long and include 15 new underground stations, starting from Alsos Veikou and finishing in Goudi.”

The European Investment Bank is supporting the construction of the first section of the new Line 4, which will run between Alsos Veikou and Goudi (neighbourhoods on the edge of central Athens) with a 30-year loan of €730 million. “For the last 15 years, the EIB has been supporting the significant investments of Attiko Metro undertaken in Athens and Thessaloniki,” says Costas Kargakos, a loan officer at the EIB. “This project is our largest ever support for a single project in Greece and an example of the catalytic role the EIB can have in co-financing major infrastructure projects along with public and EU funds.”

Faster and greener transport in Athens

The people of Athens will benefit greatly from Line 4.

“It will provide faster, safer and reliable transport to important facilities such as hospitals, universities and their campuses, the court’s area, densely populated residential areas in and around the Athens Center,” says Klimis. “It will also significantly reduce the travel time to the city centre and reduce congestion in the existing central Metro stations.”

The project will also help Athens meet the environmental and energy challenges of the 21st century. “The new metro line will contribute to a reduction of 53, 000 private vehicles circulating in Athens resulting in 318 tons less of Co2 emitted daily,” says Klimis. “The trains will be also manufactured from environmentally friendly materials and use braking systems that can regenerate up to 1,216 MWh daily.”

Line 4 will also create 5, 000 new jobs and ensure that Athens remains an economic engine for Greece.

“The new metro line passes through areas of increased professional, touristic, and commercial interest,” says Meryn Martens, a transport specialist at the EIB. “This has a positive impact on the economic activity in these areas and real estate, as well as the overall GDP of the country.” 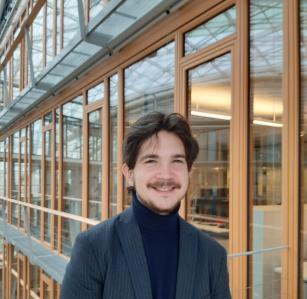