Before 2013, Rajneesh Kumar Mittal had never devoted much thought to Morocco. Looking at a Google map one day, however, he saw the country's ideal location at the crossroads of Europe and Africa. And then he contacted the country’s investment authorities.

His conversation helped him to understand the country's assets, its logistical facilities and supply chains. At the time, Morocco already had free trade agreements with the European Union, the US, and Turkey where Mr. Mittal lived. The Tangiers Med port - co-financed by the European Investment Bank – was putting the European Union just two to three days away by sea and the United States a mere seven days.

Keen on attracting businessmen like Mr. Mittal, Morocco created the Tangiers Free Zone to build a new modern and dynamic industrial ecosystem at the gates of Europe. This is where, in 2015, Sumilon Eco PET started its first recycling and repackaging factory.

A rising demand for recycled plastic

The harmful effects of plastic waste on the environment and our health are well documented. In the European Union alone, single-use plastic items and fishing gear represent 70% of all marine litter. A number of measures exist to address the problem, including greater use of recycled products.

Since January 2021, the EU Directive on single-use plastics calls for PET (polyethylene terephthalate, a form of polyester) bottles to contain 25% recycled plastic by 2025. While the current annual demand for recycled plastic is estimated at around six million metric tonnes in the European Union, seven to eight million tonnes in the US and 30 million tonnes worldwide, it is expected to reach 42 million metric tonnes in 2030.

“From an environmental perspective, plastic recycling makes a huge sense. You save a lot of pollution from CO2 emissions and save plastics going into the water,” says Rajneesh. “Experts say that if we are within a 60-kilometre range of the ocean, if the plastics are not collected, recycled and treated well, they will end up in the sea.”

As things stand, production remains insufficient to meet the rising demand. So the challenge for entrepreneurs such as Mr Mittal is not competition but fulfilling the demands of its worldwide customers for quality and timely delivery.

Because for many the value of collecting used plastic bottles was not obvious, the vast majority used to end up as waste in landfills, or worse, as litter contaminating land and water.

“When we came to Morocco, there was hardly any collection of PET bottles,” says Rajneesh. “Our research showed that only 1000 to 1200 tonnes per year were collected”. The company set itself on processing 90% of that supply in Morocco.

Recycled plastics have a vast range of uses. Often they are transformed into tiny beads used for cushions, carpets, mattresses or pillows. But they also have more high-tech applications, including in the robotics industry. Sumilon specialises in turning old bottles into new ones. "You can recycle plastic bottles 10 to 15 times with very little loss.” says Mr Mittal.

In 2014, Sumilon decided to set up its own collecting system. The company trained and equipped people with compress machines that can produce bricks of 20 to 23 tonnes. Some 3000 collectors, organised in cooperatives, now supply 1000 tonnes a month directly to the factory in Tangiers.  Another 1000 tonnes comes from Tunisia, Lebanon, Tanzania, Kenya and Nigeria.

With 135 employees and a current total capacity of 17 000 tonnes, Sumilon is planning to reach 37 000 tonnes with a €20 million investment in a brand new factory. The European Investment Bank is contributing €5 million towards this expansion through an intermediated loan via Bank of Africa, supported by the European Union. This operation will bring new technologies, more energy efficiency and improved amenities for employees.

“By 2025, our goal is to become energy independent and to generate 100% of our energy from renewables,” says Rajneesh. “Solar power will cover all the roofs and we have another initiative to produce wind energy.” In 2014, Sumilon’s factory, which had a capacity of 15 000 tonnes at the time, consumed 2MW. With its new facility, the company expects to produce 37 000 tonnes with just 1.8MW more.

In addition, the new capacity will create 100 new jobs, considerably increasing the size of the company’s work force from 135 at present. The extension will include sport facilities, a library and 24/7 catering. Sumilon also prides itself on paying above the minimum wage and supporting the families of its employees.

A foothold in Africa

Sumilon’s new production lines should be up and running towards the end of 2023 and the company is consolidating its presence in Morocco and Africa. “Our focus is on quality. On fulfilling the quality and timely delivery needs of our customers,” says Mr. Mittal.

Sumilon has now established its reputation. It exports to Europe, the US, New Zealand and Australia, and plans to develop in Africa. 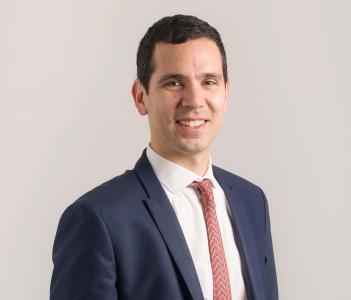 I work for the Communication Department at the European Investment Bank. I tell stories about the impact on local communities and businesses of the Bank’s development work.

Indian plastic solution rePurpose uses offsets to remove plastic from landfills and reuse it, helping the environment and creating jobs to fight poverty in India

Clothing trends come and go, but Spain’s Ecoalf takes fashion recycling to a new level, by rescuing materials from the sea to turn them into couture.