The European Investment Bank adopted its Climate Strategy on 22nd September 2015, following a comprehensive review, including a formal public consultation that was launched in January 2015. The document EIB Climate Strategy - Mobilising finance for the transition to a low-carbon and climate-resilient economy presents a forward looking statement describing the Bank’s future direction and developments of its climate action.

The Climate Strategy is structured around three strategic action areas that serve as guiding orientations for the Bank’s future climate action: i) reinforcing the impact of EIB climate financing, ii) increasing resilience to climate change, and iii) further integrating climate change considerations across all of the Bank’s standards, methods and processes. Within each of these strategic action areas, various operational initiatives are introduced, such as innovative financial instruments, outreach and cooperation with stakeholders, the development of standards and methodologies and the provision of advisory services.

On 20 June 2016, this document was amended to correct a typo in the description of Figure 1 of Annex 2.

On 20 December 2017, this document was amended to extract Annex 1 and to create a separated document for the list of eligible sectors and eligibility criteria for climate action lending. 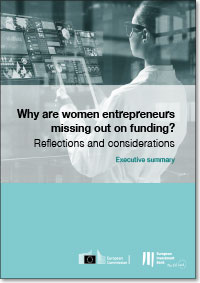 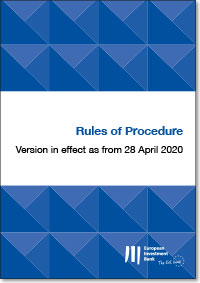 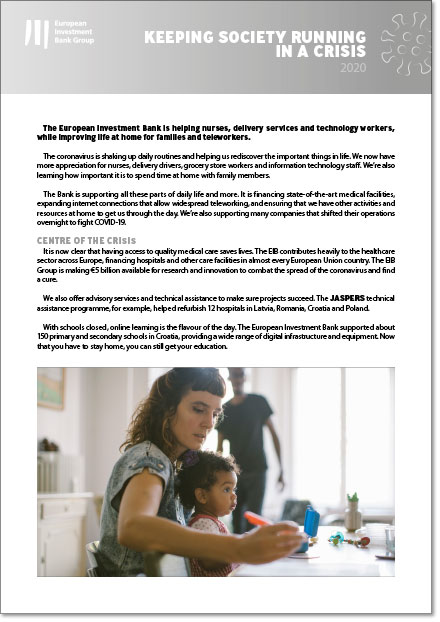 In recent years, the EIB supported many projects that have become all the more important during the Covid-19 crisis. Apart from hospitals, the EU Bank supported e-learning, mass connectivity and intelligent initiatives by SMEs.