The COVID-19 crisis ripped through the European economy, shutting businesses for months and severely curtailing activity. Decisive action by the European Union and its member governments, however, helped to keep many businesses afloat and limited the rise in unemployment.

The strong response, which effectively made up for lost sales at many businesses, has also been instrumental in sparing investment from cuts. Ensuring that investment is maintained will be crucial to Europe’s transition to a greener and more digital economy.

Looking forward, the economic landscape has changed, and European firms need to change with it. The good news is that the pandemic encouraged many businesses to speed up their digital transformation, while others are waking up to the reality of the climate transition. And while the shock weighed on firms’ investment plans in the short term, government support appeared to soften the impact. 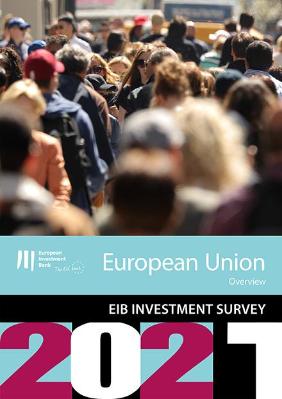 A full analysis of the survey results and investments in Europe is available in the EIB Investment Report 2021-2022.

Government programmes to prop up businesses and shield them from the economic crisis largely worked. In Europe, support ensured firms had access to credit, and governments sometimes picked up labour costs so employees could keep their jobs. The efforts seem to have effectively targeted firms facing the steepest loss of revenue. Also, firms that received support were more likely to keep their investment plans intact.

The efforts seem to have effectively targeted firms facing the steepest loss of revenue. Also, firms that received support were more likely to keep their investment plans intact.

The pandemic is ushering in a new era of digitalisation, and European firms are racing to catch up. At the same time, firms are starting to feel the effects of climate change, and they are worried about the impact climate change will have on their operations and on future opportunities.

The recovery is also putting additional pressure on firms, which increasingly say that a lack of skills, high energy costs and transport infrastructure are hampering their ability to grow and to meet the recent spike in demand.

Governments now need to change tack and support investment. Credit is plentiful – only 6% of SMEs and 3% of large firms say they have problems raising funds. But the pandemic has limited the ability of some firms, particularly in Southern Europe, to finance investments with their own funds.

Targeted financial incentives could promote the transformative investment in digitalisation and climate change that Europe requires. European firms that received incentives to digitalise in the last three years, for example, were almost twice as likely to invest more in digitalisation as a response to the pandemic.*

As financial and economic conditions return to normal, policy needs to focus on accelerating the momentum for green and digital investments that will ultimately make Europe more competitive. To do so, though, Europe must deal with key investment barriers:

To stimulate investment, the European Union needs to set a clear path for decarbonisation and increase the financial advice and technical support available for climate investments.

*Based upon the EIBIS 2021 Add-on Module — sample of EU small and medium-sized enterprises in manufacturing and services (2021).