The European Bank Coordination Initiative (“Vienna Initiative”) seeks to safeguard the stability of the financial sector in central, eastern and south-eastern Europe. It is a forum in which international private and public sector actors take coordinated decisions. The creation and development of the Vienna Initiative have been driven by the EIB, the European Commission, the EBRD, the IMF and the World Bank.

Maintaining credit during the crisis

Launched in January 2009, the Initiative helped with emergency crisis-resolution measures to ensure the short-term viability of the region’s banking sector. Work focused on avoiding withdrawal from the region by international banking groups. As well, the EIB, the World Bank and the EBRD acted to maintain a flow of credit into these economies.

After the immediate crisis abated, efforts turned to coordinating longer-term action as well as countering any re-emergence of financial stress. After new systemic concerns emerged in late 2011, it was decided to formalise these arrangements. The result was the “Vienna Initiative 2.0”, launched in January 2012.

Specifically, the objectives of the Vienna Initiative 2.0 are to: 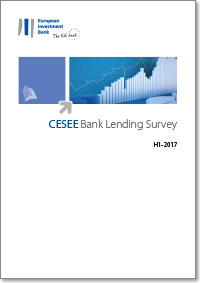 Results of the EIB CESEE Bank Lending Survey at the regional and at the single country level for H1-2017. 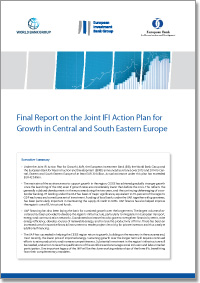 The present final report covers developments under the Joint IFI Action Plan for Growth in Central and South Eastern Europe in the period up to end-December 2014. Under the plan, over 700 projects amounting to EUR 42.7 billion have been signed. Assistance under the JIAP has abundantly exceeded each institution’s target for the whole period, thus demonstrating the unwavering commitment of the three IFIs to the region.

This report summarises the discussions in the Working Group on Credit Guarantee Schemes in Central, Eastern and South-Eastern Europe (CESEE), established under the European Bank Coordination Initiative (EBCI, Vienna Initiative 2).