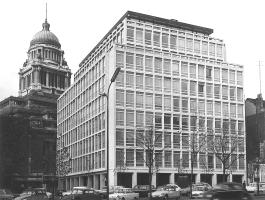 Founded in 1958 by the Treaty of Rome, the EIB was first located in Brussels (Belgium). In 1968, the EIB moved to Luxembourg and established its first headquarters in the Place de Metz. Then, in 1980, the EIB moved to its current location in Kirchberg.

The Kirchberg building’s first phase (1974-80) was designed by British architect Sir Denys Lasdun and is one of his few works outside the UK.

The same architect built the West building extension which was operational in 1995.

In 2002, an international anonymous competition for architects/designers was launched by the European Investment Bank with Mr. Ricardo Bofill (Spain) as the president of the Jury for a second extension. The competition was won by German architects, Ingenhoven Architekten from Düsseldorf in association with Werner Sobek Ingenieure, Stuttgart for the structure.

The transparency of the new glasshouse complements and completes with the existing low, cruciform building which was designed by the Denys Lasdun Partnership in 1974 as a testament to the EIB’s solidity.

The East Building was inaugurated in June 2008. 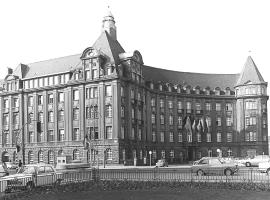 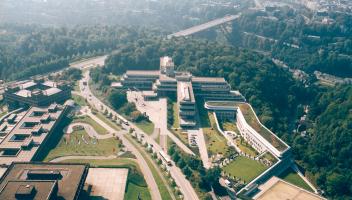 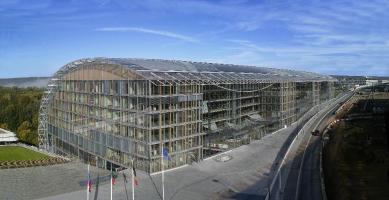