On water - the blue resource under the lens 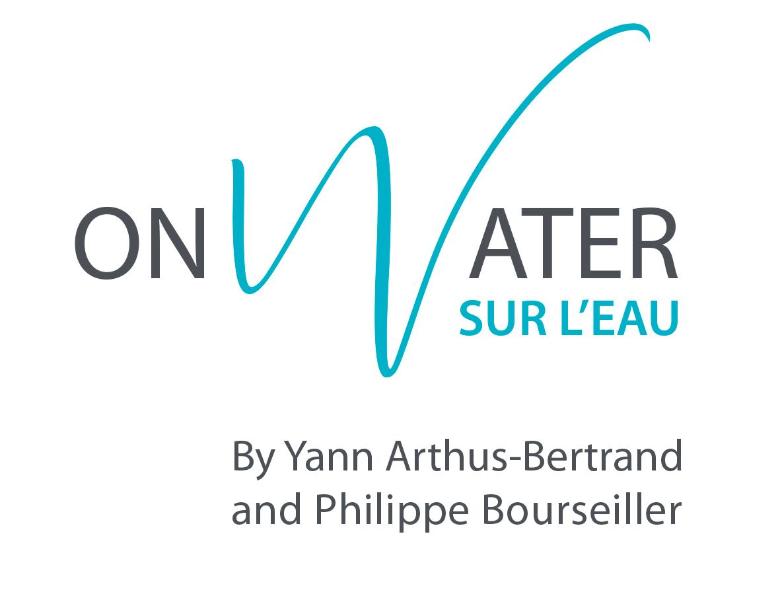 A friendship between photographers Yann Arthus-Bertrand and Philippe Bourseiller spanning three decades has resulted in a collection of precious, beautiful, and sometimes shocking photographs. Working from the air and on the ground, with a passion for nature and conservation, they show us water like we’ve never seen it before.

The “On water” exhibition opens our eyes to one of our planet’s environmental emergencies and calls for a coordinated approach in conserving water, the source of life. Water belongs to us all. We all depend on it. And we all bear a joint responsibility to protect it.

When Yann Arthus-Bertrand and Philippe Bourseiller join forces to capture the beauty of the world’s most valuable resource – water – the result is stunning.

Find out what they have to say about it in this exclusive video interview.

Yann Arthus-Bertrand has always had a passion for nature and animals. At the age of 20, he settled in central France and became the director of a nature reserve.

At 30, he and his wife Anne carried out a study on lions in the Maasai Mara reserve in Kenya. As a hot-air balloon pilot, Arthus-Bertrand found his calling using aerial images to bear witness to the beauty of the earth and humanity’s impact on it. For the first Rio Summit in 1992, he prepared a major photography project on the state of the world and its people entitled “Earth from Above”.

He created the GoodPlanet Foundation, through which he launched the “7 billion Others” project. The basis of this project is simple: to meet billions of people living on the earth and gather their testimonies.

In 2009, he released the feature film “HOME” on the state of our planet, and in 2011 he directed two short films for the United Nations, one for the International Year of Forests and one on desertification.

In 2012, he founded a non-profit company, HOPE Production, and released the film “HUMAN”. Together with Anastasia Mikova, Arthus-Bertrand has taken on the challenge of producing “WOMAN”, set for release in 2019, in which thousands of women discuss their place in society.

Yann Arthus-Bertrand is one of the best-known environmental activists in Europe.

Philippe Bourseiller, a French photographer, has been exploring the earth’s great natural spaces for almost 40 years. After working for the Sygma agency for several years, he went freelance in 1991, specialising in nature and the environment.

Always on the lookout for the perfect light to capture a landscape and the people living there, his wonderful images are a testament to the beauty of our planet and its fragility.

Since the 1980s, his comprehensive work on great natural spaces act as a real collective memory for future generations.

After volcanoes, glaciers, forests and even deserts, Bourseiller’s work to immortalise great wild spaces has now brought him to the world of water.

Bourseiller, who works in extreme environments, is also a mountaineer, potholer and diver. A widely published master of lighting, colour and composition.

Bourseiller is the only person to have been awarded the prestigious World Press prize five times, and has won the Visa d’or at the International Festival of Perpignan.

He has written 25 books translated into several languages and hundreds of his photos are exhibited in museums. He has had several major exhibitions in France and across Europe.