The pandemic has accelerated the digitalisation of work. However, teleworking is not for everybody. A good percentage of the population needs to go to a place to work, as their job involves being somewhere and doing something there. And people working from home need to move around too. Journeys may change, but the importance of easy movement within cities remains.

During the COVID-19 pandemic, many people have opted for the privacy of individual transport. Others have moved started walking or cycling. So how can people be persuaded back into trains and buses to avoid returning to city streets congested with private cars and scooters and traffic back to normal?

The pandemic has made cities realise we need to put health at the centre of planning transport. The pandemic may, in fact, push cities to invest in better public transport, making it faster, more reliable and more comfortable.

Teleworking: A blip or profound shift?

An increased shift to teleworking after the pandemic could permanently reduce traffic, but perhaps not as much as many people think. Commuting represents less than one-third of urban public transport traffic.

While the pandemic increased the prevalence of teleworking, distance working only suits a small segment of workers—primarily highly educated employees in white-collar industries. For the rest of the workforce, transport infrastructure will continue to be important in urban development.

The pandemic forced the European Investment Bank, as many other organisations, to move its entire staff to teleworking almost overnight. For the EU bank, the experience was less traumatic than many thought. Our work continued almost seamlessly, despite having only a tiny percentage of staff teleworking before the pandemic.

Strong connectivity and internal IT systems allowed the Bank’s business to continue almost as normal. Many other firms had a similar experience. And those that already had established teleworking practices, like the tech giants Google and Twitter, have shown no hurry to get employees back into their offices.

It’s hardly surprisingly. People’s preference for telework also increases with their distance from the office. The French statistical agency INSEE suggests that 3% of the labour force teleworks regularly in France. That percentage drops to below 2% for people travelling less than 5 km from their home to the office, but rises to more than 8% for people those having to travel more than 50 km to the office.

Changing traffic patterns could require operators to reassess their services and question their business models moving away from revenue streams based on daily commuters using season tickets to less predictable patterns of income. This will affect financiers like the European Investment Bank, as this may affect its borrowers credit profiles.

A permanent shift to teleworking could force transport operators to rethink their entire infrastructure network, placing less emphasis on radial links connecting residential areas to business centres, for example. It could mean a shift to more orbital or community based routes, involving homes, schools and commercial centres.

But it’s not clear how extensive the move to teleworking will be.

Data from Google Mobility Reports showed that the demand for public transport only fell 20% at the beginning of the pandemic’s second wave in the largest EU economies. Traffic at major transport hubs declined 30%-40% and traffic to workplaces was down 20%-30%.

A global survey by transit app Moovit in 2021 revealed that up to one-third of people in some cities had stopped using public transport because of the pandemic. And it’s not just in capitals like Berlin where this trend was seen. In the Greek city of Thessaloniki, 34% of people stopped using public transport, because of COVID-19 concerns and almost 70% said they would prefer more buses on the road to lessen the chances of vehicles being uncomfortably full.

The immediate falloff in urban public transport caused by the pandemic has hit some operators hard, however. Shrinking revenues will put pressure on operators’ finances and could cause their creditworthiness to deteriorate. Governments, in turn, may have to prop up operators with financial transfers, which could squeeze the resources needed for investment in greener transport systems.

Public transport accounts for nearly a quarter of carbon emissions in Europe, and future investments need to focus on transitioning transport systems away from fossil fuels to cleaner energy. New technologies enable cities to plan and rebuild greener and smarter than ever before. 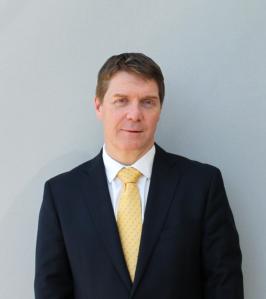 I’m the Head of Urban mobility team at the Bank. We finance projects that reduce pollution and CO2 emissions whilst improving travel times and accessibility.